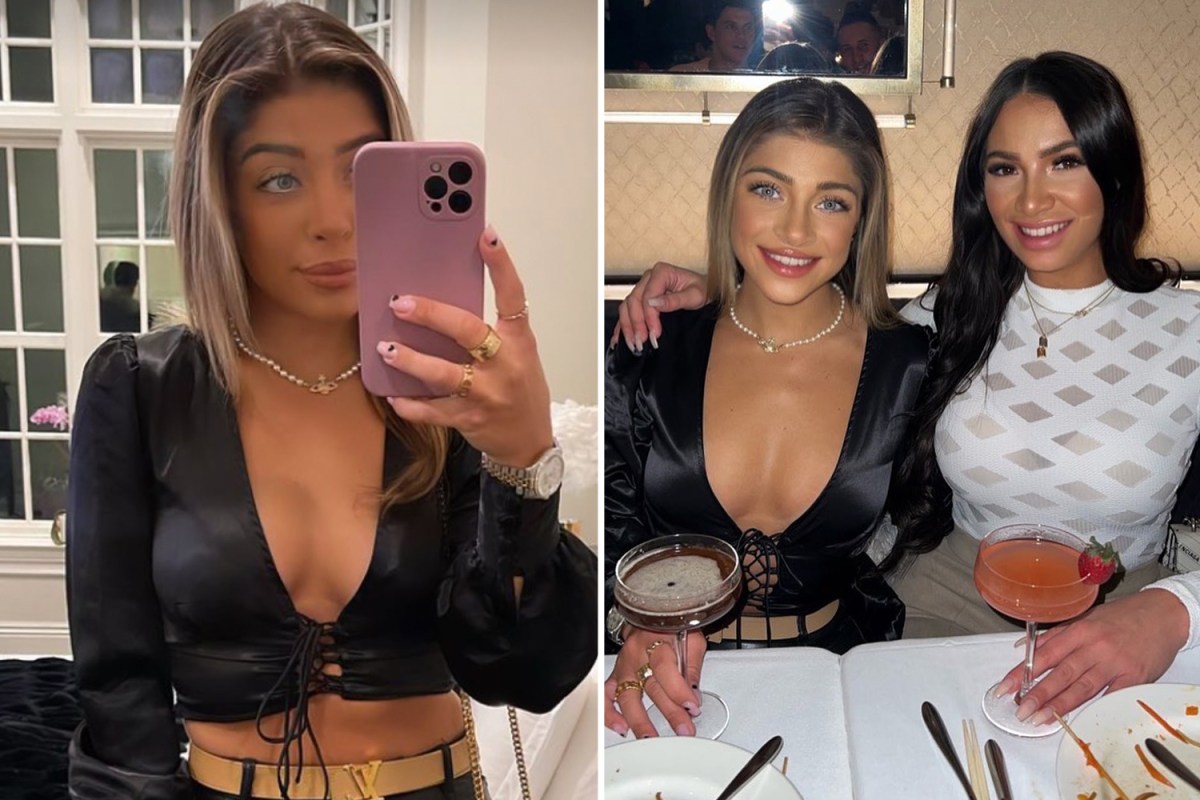 Gia, 21, shared the revealing outfit she wore during her night out at Philippe Downtown on Instagram.

Teresa‘s daughter was having drinks with her cousin as they sat at their table.

She also had on a fancy necklace above her bare chest.

Her cousin had her arm around Gia’s shoulder as they smiled at the camera.

Gia captioned the post: “With my cousin… what else is new?”

The partying continued as Gia shared another snapshot in an Instagram Story.

Gia and her cousin had their cameras out and took mirror selfies.

In another Story, the 21-year-old TV star teased her sexy top and flaunted her tight leather pants while standing beside her bed.

💍 Follow all our latest news & stories on Real Housewives.

Recently, Gia documented the festivities from her birthday celebration.

The reality star celebrated her milestone birthday with her friends, Teresa, and her mom’s fiancé Luis Ruelas.

They drank plenty of tequila, went out for dinner, and partied at a beachfront club in Miami.

At the club, Teresa posed next to her daughter for a photo and wished her a happy 21st birthday.

The next morning, Gia posted a video on social media as she and her friends were lounging around inside of a hotel room.

They appeared to be recovering from the wild night.

Everyone seemed to be getting Liquid IV therapy from room service.

The drip service provides on-demand concierge IV hydration therapy, which has been claimed to cure hangovers.

In addition to Gia, Teresa has three other daughters: Gabriella, 17, Milania, 15, and Audriana, 13,

Teresa shares her daughters with ex-husband Joe Giudice, who she was married to from 1999 to 2019.

‘THE STORY WILL CONTINUE’

Previously, the birthday girl took to Instagram and shared a sweet photo with the Bravo star.

Gia rocked in a tiny low-cut nude dress and strutted around in heels.

The 49-year-old reality star wore a bold low cut orange dress that had large cut-outs on her stomach.

They both styled their long hair in loose curls and glammed up their faces with makeup.

Along with the photos and videos, Gia captioned the sweet post: “The weekend may be over, but the story will not be forgotten.”

Teresa jumped to the comments section to praise her daughter and the party.

She wrote: “Yes baby, the story will continue. Love you.”