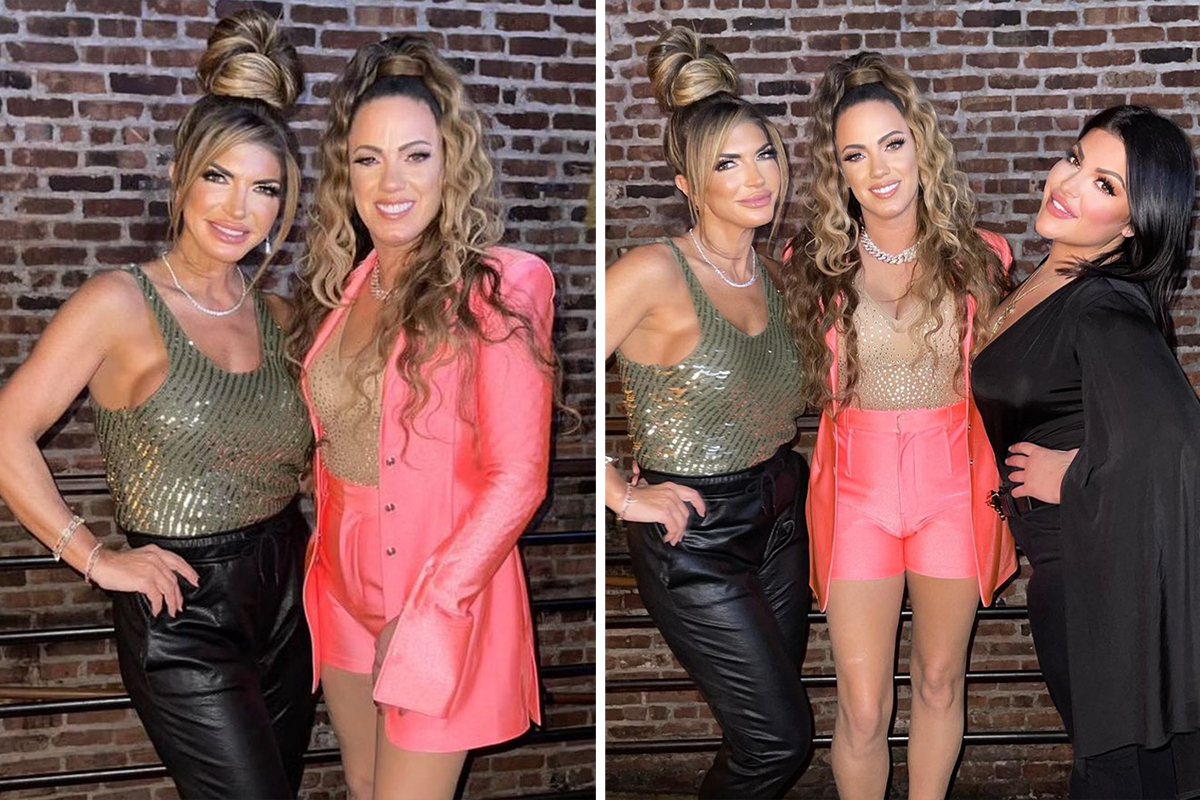 TERESA Giudice is being slammed for having a ‘weird’ hairstyle in her most recent photo just days after she was attacked for wearing a ‘tacky’ outfit while celebrating her engagement.

The Real Housewives of New Jersey star, 49, shared photos from a friend’s birthday party, which showed her sporting a topknot high on her head.

The style was a slight departure from her usual look and fans weren’t into it.

One commenter wrote: “Not a fan of this hair,” adding “#weird.”

While there were haters, Teresa’s fans attempted to drown them out with compliments.

A fan told Teresa: “I looove your hair in that bun!! Looks so pretty!”

Another said: “Loving the updo!” while a third fan added that the updo “makes you look younger.”

Teresa has been taking heat from fans over her altered appearance after admitting that she underwent a nose job.

Recently, she was criticized for wearing an outfit fans thought was “tacky” and a little inappropriate for her age.

Teresa stepped out with fiancé Luis Ruelas wearing a black and white two-piece look that featured gold buttons down the center.

While many have been supportive of Teresa’s relationship with Louie, many took issue with her fashion choices.

One Instagram user wrote: “That outfit?! Is it a joke” while another wrote, “So tacky!”

A third commenter added: “What a horrendous outfit!” with another responding, “She can’t be serious with that outfit? did she raid Gia’s closet?”

Not long before she debuted the daring look on Instagram, Teresa confessed that she’d gone under the knife after daughter Gia, 20, did.

During the New Jersey Ultimate Women’s Expo earlier this month, Teresa shared with attendees: “I don’t know if anybody knows, but I did get the tip of my nose done and I was so nervous about getting it. So I guess I got a nose job — the tip of it — and I used Dr. Tobias in Englewood, [New Jersey]. He was amazing…”

Gia opened up about getting the surgery in 2020, saying at the time: “I am an adult now, this has been an insecurity of mine for a while and I’ve never been happier and so comfortable in my own skin!!”

Fans believe Teresa may have had more procedures done than she is letting on, however.

She recently shared a photo via Instagram Stories in which she promoted martini glasses.

In the photo, the changes to Teresa’s nose were apparent.

She also appeared to have fuller lips than usual and whiter teeth.

It’s not just her looks that fans have been giving Teresa grief over, however.

She has also faced backlash due to her relationship, with fans suggesting Louie is “using” her for fame.

Teresa hit back at those claims in an interview, telling haters to “leave us alone.”