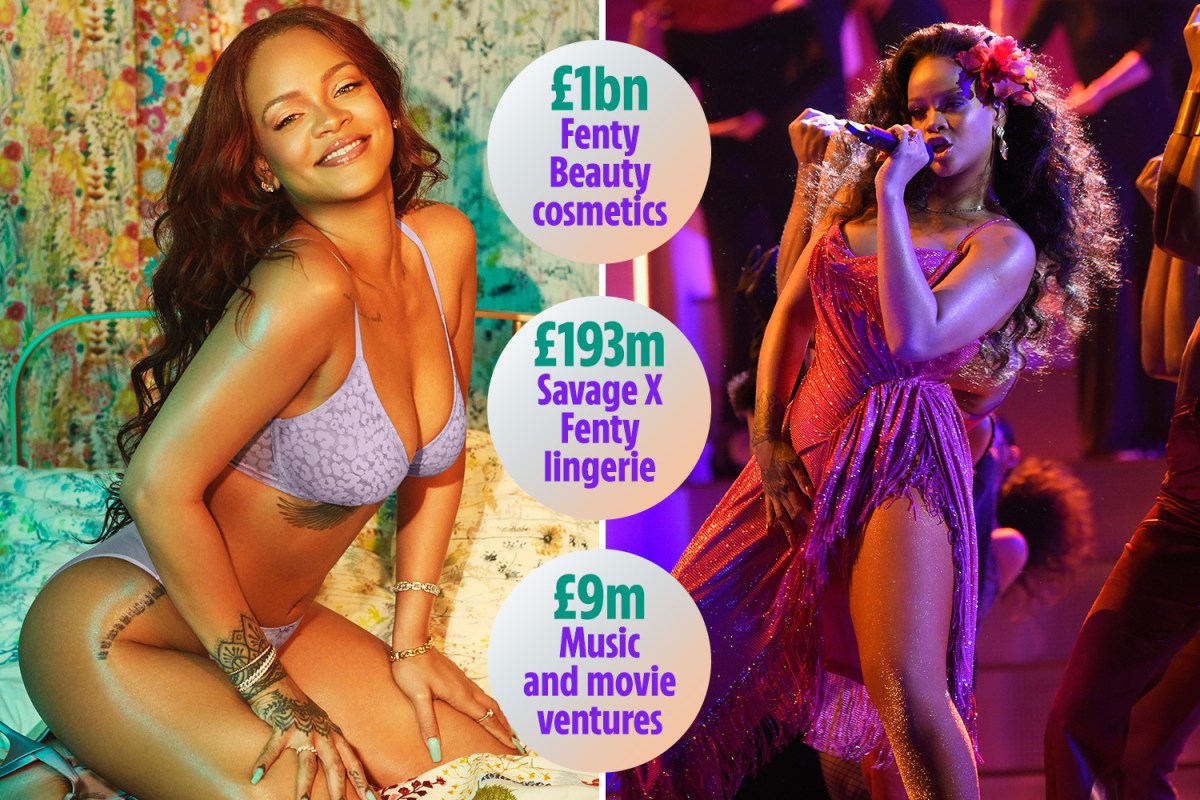 RIHANNA is now officially a billionaire and has been named as the wealthiest woman in music.

The singer, 33, has seen her value rocket to £1.2billion thanks to the success of her cosmetics and fashion empire.

Her growing fortune means she is the second wealthiest female entertainer behind only TV chat show queen Oprah Winfrey, 67, according to US business bible Forbes.

Rihanna has not released an album since 2016’s Anti but has seen her bank balance soar since she launched her cosmetics brand Fenty Beauty in 2017.

The brand alone is valued at £1billion, with Rihanna holding a 50 per cent stake alongside luxury goods giant LVMH.

Meanwhile, her popular lingerie line Savage X Fenty is worth an estimated £193 million.

The rest of her fortune comes from her bumper back catalogue of hits.

She is the second biggest-selling female artist of all time, having shifted 250 million records. Madonna is top with 300million.