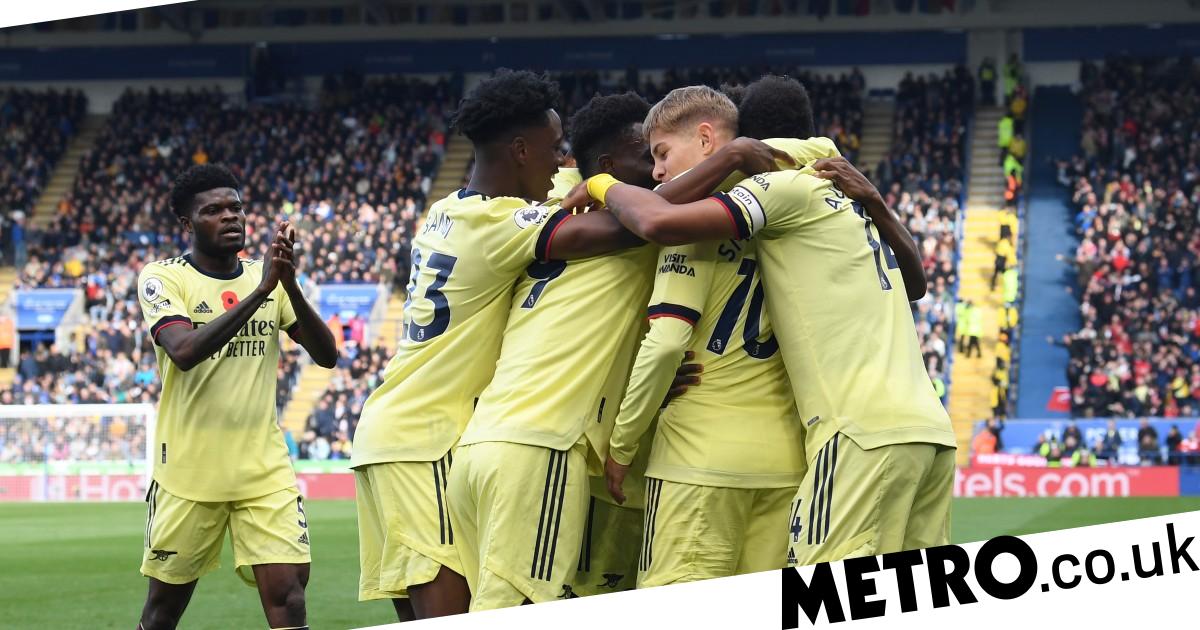 Rio Ferdinand admits Bukayo Saka and Emile Smith Rowe are his favourite Arsenal players given they make things happen for the Gunners.

Arsenal recorded an impressive 2-0 win over Leicester on Saturday to continue their upturn in form under Mikel Arteta.

Goals from Gabriel Magalhaes and Smith Rowe inside 18 minutes were enough to see them take maximum points against the Foxes and leave them sixth in the Premier League table, three points off the top four.

While Aaron Ramsdale made headlines with his incredible saves, once again, Saka and Smith Rowe caused problems throughout for the visitors and Ferdinand is a big fan of the young talents.

Asked if he thought Arsenal would win at the King Power, Ferdinand said on his Vibe with Five YouTube channel: ‘No, but it was more the manner in which you done it.

‘The manner in which you went there and gave them a quick one-two early doors in the game was for me one of the best performances I’ve seen in that first half.

‘There was an element of control about it there for the first 25-30 minutes.

‘Mikel Arteta has been under a lot of pressure and a lot of people have been calling his name and [saying] he should be given the sack but he’s slowly building something there.

‘Leicester, to be fair to them, on another day get back into that game.

‘Ramsdale, phenomenal. He pulled off a number of saves in that game but it’s not all rosy for Arsenal, it’s not all finished.

‘The job is not complete but they are on the right track for me.

‘My two favourite players are Saka and Emile Smith Rowe in that team and every time the ball goes to Saka I think something could happen, the same with Emile Smith Rowe.

‘What I liked about the team was I saw a humbleness in [Pierre-Emerick] Aubameyang and [Alexandre] Lacazette in the way that they played. They got back into a system.

‘Again, they got back into a structure and they played for that team and led by example.

‘I think they’ve lacked that leadership on the pitch when I’ve watched them at times and them two for me showed that in that game.

‘It wasn’t a perfect performance but it was a very positive one.’

Arsenal will be hoping to build on their latest win when they host Watford on Sunday.


MORE : Aaron Ramsdale has made a ‘big difference’ at Arsenal, says Bukayo Saka