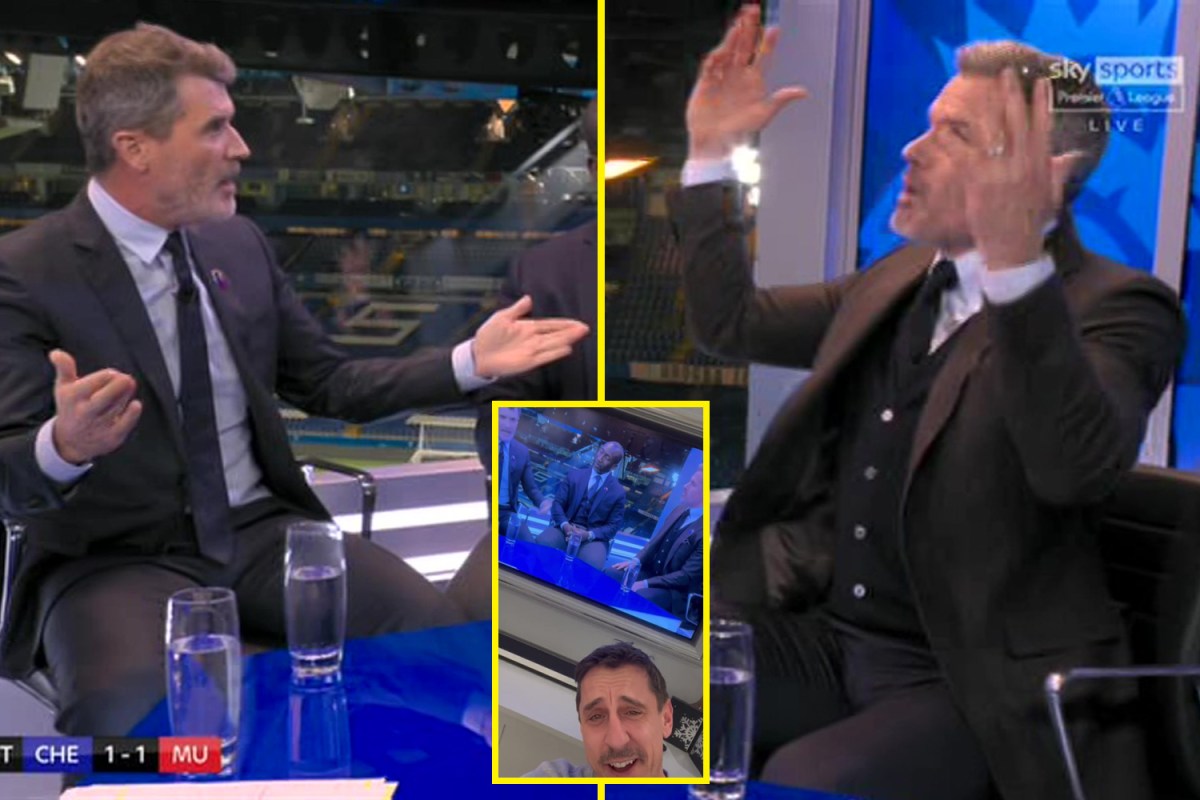 Passions were running high during Chelsea’s draw against Manchester United but it appeared even more heated in the Sky Sports studio afterwards.

Roy Keane and Jamie Carragher, who have had a fair few frank exchange of views in the past, had their biggest punditry barney to date as they clashed over Manchester United’s use of Cristiano Ronaldo.

Temporary coach Michael Carrick’s decision to leave Ronaldo out of the starting XI was one of the key talking points of the match, which finished 1-1.

Man United legend Keane believes Ronaldo, who came on in the 63rd minute, should have started but Carragher didn’t think it was as big a deal as others made out.

And that started the first part of the blockbuster clash between Keane and Carragher.

Ex-Liverpool star Carragher then argued that Man United are no closer to winning the Premier League after signing Ronaldo and that didn’t sit well with Keane either, who later argued the Portuguese is there to get the Red Devils winning trophies again.

What was Gary Neville doing while this was all unfolding? Laughing his head off at home!

Keane’s former teammate uploaded a video of himself at home while the passionate argument unfolded.

Anyway, get your popcorn ready, this is some viewing!