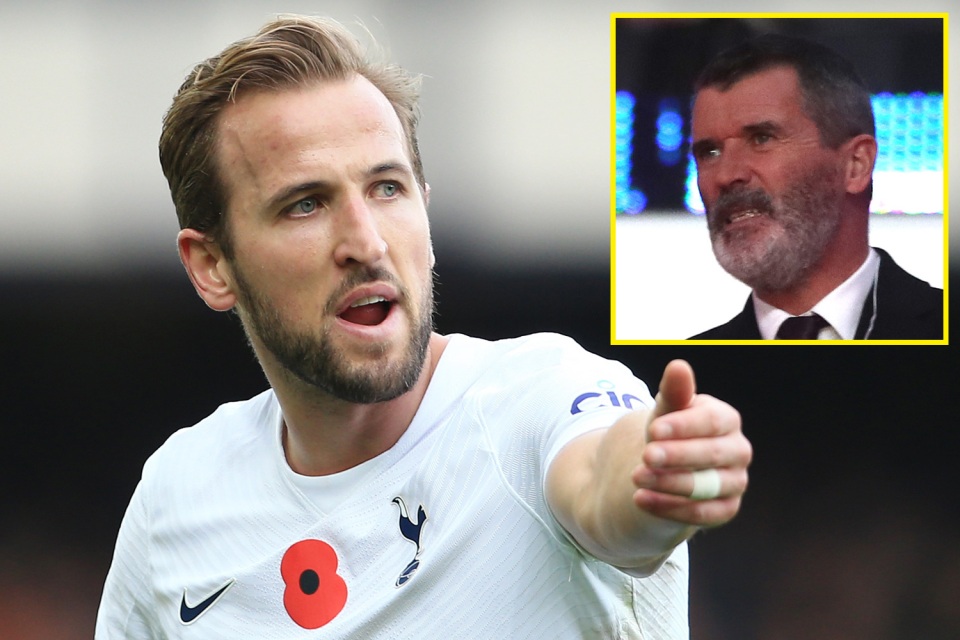 Roy Keane in a Manchester United kit must have been a terrifying sight for most Premier League players in the 1990s and early 2000s.

The former midfielder was a quality player, who gave everything for the red shirt and is rightly viewed as a club legend.

However, his loyalties were elsewhere when he was younger. You’d never guess, though, given what he said about boyhood club Tottenham on Friday night.

In a discussion about Harry Kane’s poor form in front of goal for Spurs, before his hat-trick for England in the 5-0 win over Albania, Keane said the striker should be used to disappointment.

“He’s got to look at himself and say, ‘Get over these disappointments’. Look, he plays for Spurs he should be used to disappointment, it’s not like they win stuff.

“Get back to the basics, get hold of the ball, show some sort of leadership and no more excuses.”

And it would appear Keane was talking through experience, given he used to support Spurs as a youngster.

In the build-up to United’s Premier League clash against Liverpool last season, Keane went off on a slight tangent, talking about watching football when he was growing up.

Both Man United and Liverpool are well-supported teams in Ireland but Keane decided Spurs were the team for him as a child.

He made it clear he was committed to the Old Trafford cause the moment he signed, before questioning why he chose to support the north London side in the first place.

“Growing up in Ireland you were either a United or Liverpool fan. Celtic obviously but strangely enough I supported Spurs – not sure why but I did,” he said.

“As soon as you sign for Man United, they’re [Liverpool] the team you want to beat.

“We played against Jamie’s [Carragher] teams over a number of years and they weren’t really challenging for the title but I never really went off the pitch ever leaving the pitch thinking ‘that wasn’t so hard’. Every game was tough physically and mentally.

“I have a lot of respect for Liverpool but you knew from United’s point of view that they were the games you had to win. You go to Man United, you go to the big clubs and it’s about being a part of beating these big teams.”