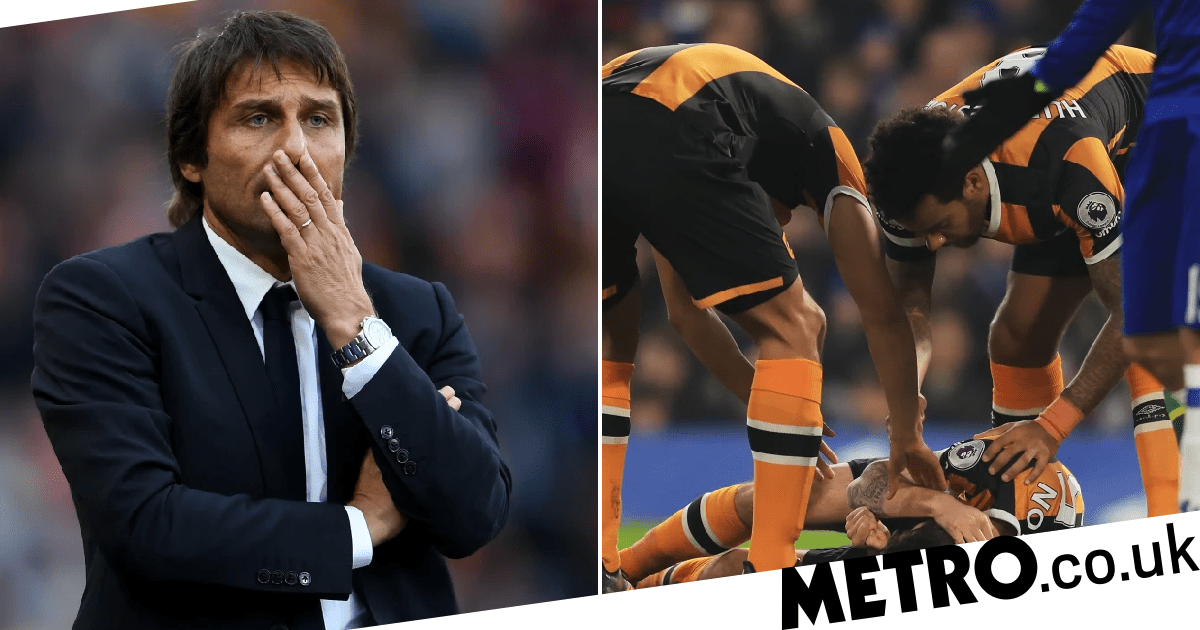 Ryan Mason has revealed Antonio Conte visited in him in hospital after he suffered a career-ending head injury when playing for Hull against Chelsea.

Tottenham boss Conte was then in charge of Chelsea in 2017 when the Hull player suffered a fractured skull that required surgery after a clash of heads with defender Gary Cahill.

The Italian has now made Mason his first-team coach at Spurs and it’s clear the two have plenty of respect for one another given Conte visited him in hospital back in 2017.

‘It’s pretty strange to be honest. When I had my injury, it was against his team at Stamford Bridge,’ Mason told Tottenham’s official channels.

‘He came to the hospital afterwards to see me and my family.

‘I don’t really recall that to be honest because of the nature of my injury, but there’s a photo where he’s with me at my bedside and I think that shows what type of man he is – a very, very classy individual.

‘Then my only England cap was against his Italian team out in Italy in 2015, so there’s that history there and hopefully we can come together and create some positive history for Tottenham now.’

Mason will now get first hand experience working with Conte every day at training and the former Italian boss believes they can help one another to succeed at Spurs.

‘It was a strange situation. I went to the hospital to find him and his family as it was a serious injury,’ Conte said.

‘I followed him last season when he was Spurs coach for two months. Then to arrive to Tottenham and find him – he’s really good guy and I think this could be a good experience for him.

‘To stick together and help me and my staff to adjust and feel the sense of belonging and feel what it means to play for this club.’

Tottenham sit ninth in the Premier League table ahead of their clash with Leeds on Sunday.