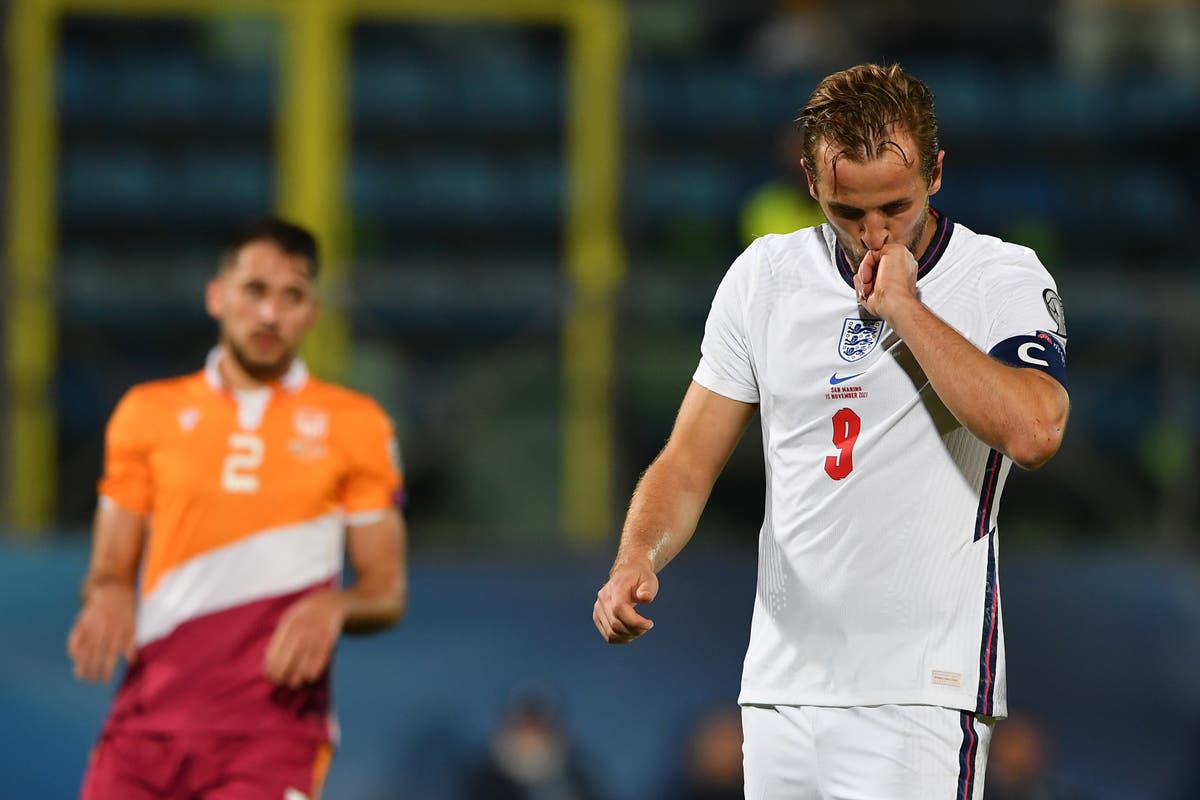 Emile Smith Rowe and Tyrone Mings both scored their first international goals but Kane was once again the star of the show, adding to his hat-trick in Friday’s win over Albania to take his England tally to 48, five short of Rooney’s record.

Harry Maguire was also on the scoresheet for the second game in a row, heading home to open the scoring inside six minutes to set England on their way to their biggest victory since 1964 on a night when they had needed only a point to secure qualification for Qatar as group winners.

Bukayo Saka’s low cross was then turned past his own goalkeeper Filippo Fabbri to double the England lead before Kane took centre stage, lifting a penalty straight down the middle after Phil Foden’s bicycle-kick had been handled on its way wide.

The skipper would soon convert another spot-kick to complete his hat-trick, having already scuffed Smith Rowe’s cross into the far corner for a second, and then fired low past Elia Benedettini to add his fourth and England’s fifth before half-time.

Goalkeeper Aaron Ramsdale had been handed his England debut and barely had a save to make, but Arsenal teammate Smith Rowe, making his first start after debuting as a substitute against Albania, was heavily involved and got off the mark at this level with a sweeping finish after a good late run from midfield.

Mings was next to find the net, heading home from Trent Alexander-Arnold’s free-kick, as the full-back racked up a quick-fire trio of assists, also teeing up substitute Tammy Abraham and Saka, who took England into double figures 11 minutes from time.