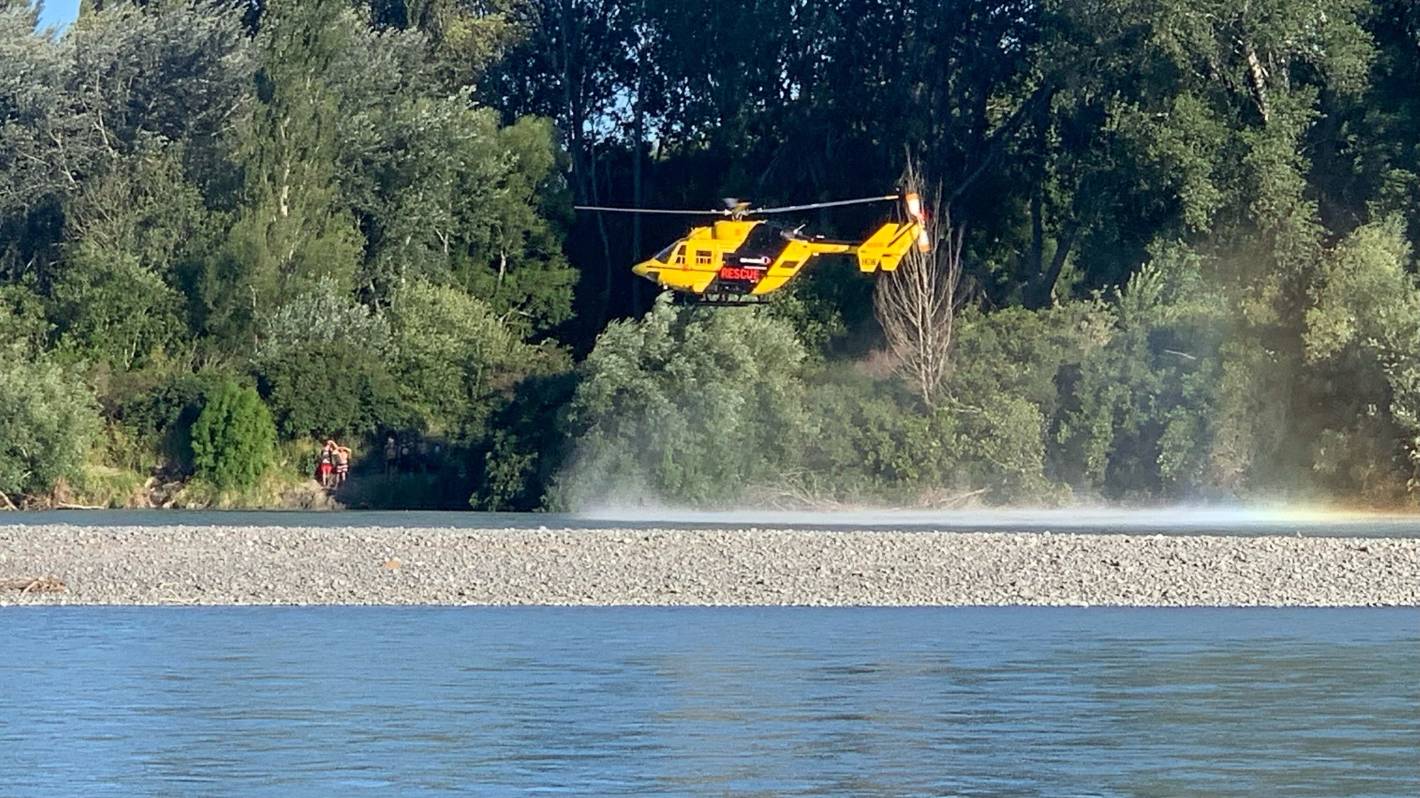 A search and rescue helicopter hovering above the Waimakariri River.

An extensive search and rescue operation for a person who went missing after jumping into the Waimakariri River in North Canterbury is due to resume on Thursday morning.

The person is believed to be a teenager.

Do you know more? Email reporters@press.co.nz

They failed to surface after jumping into the water on Wednesday.

A police spokeswoman said they were alerted about the missing person at about 7.10pm on Wednesday.

She said a search and rescue helicopter, police, Coastguard, and surf lifesaving members were all involved in the search in an area of the river just east of the Main North Rd bridge.

The search was suspended later on Wednesday night, with the person still missing.