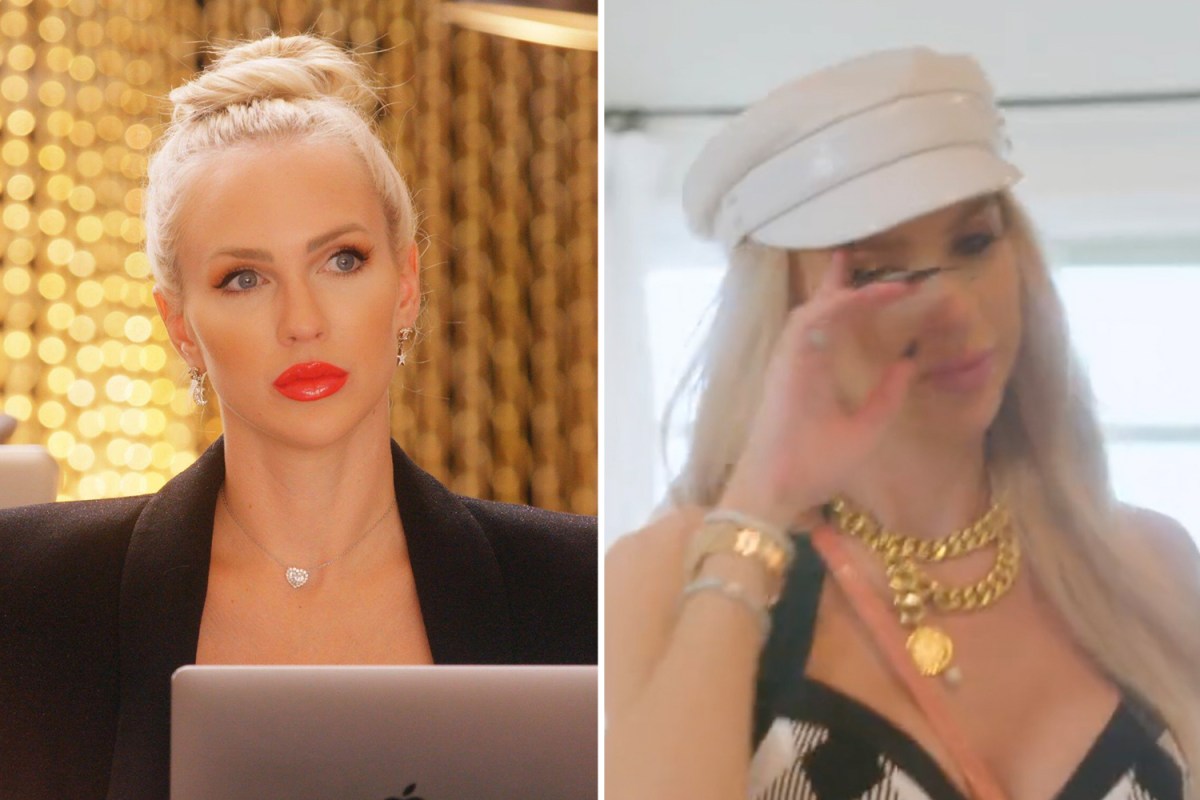 SELLING Sunset’s Christine Quinn admitted she was “really struggling” and had “panic attacked” while filming the Netflix show.

The breakout star from the luxury real estate reality show opened up about her traumatic birthing experience and postpartum depression.

Christine was upset with how her motherhood journey was portrayed on the show as she gave birth to her son Christian, 7 months, whom she shares with her husband Christian Richard.

The model turned real-estate agent revealed that she had to have an emergency c-section performed while giving birth and struggled with her transition into motherhood.

Christine told ET Canada: “I was pregnant on top of dealing with postpartum depression… this season was really difficult for me.”

She continued to open up about her experience filming the fourth season of the Netflix hit: “I did the best I could with the emotions that I was dealing with at the time and that I’m still dealing with now.”

Christine said: “The problem that I was facing was everyone was saying, ‘Oh, well, you know, she’s so thin. She’s so this. She’s so that.’

“But inside, you know, I was dealing with PTSD.”

The star confessed: “I was literally having panic attacks and I was worried about my pregnancy and something going wrong.

“It was a lion’s den and these girls were pitted against me. And it was really, really difficult.”

She said the editing of the show was not chronological, so she would continue to undergo backlash from fans.

Christine opened up: “I had my baby and then I was doing a yoga scene. But in real life and that yoga scene, I was actually pregnant.

“They edited me from you know, the boobs up so I got a lot of backlash on social media saying, ‘I can’t believe you’re doing yoga two weeks after giving birth after having an emergency C-section.'”

She ended: “I was struggling in real life.”

Fans of Selling Sunset are anxious to know if Christine will be returning for season five.

After Christine rehashed some ex drama with agent Emma Hernan, fans of the Oppenheim Group are eager for her to stay.

After rumors surfaced that Christine was leaving Selling Sunset, the realtor set the record straight and says she will be back for season five of the show.

The rumor emerged when the finale saw her riding off into the sunset in a Lamborghini and she was missing from the teaser for the upcoming season five.

However, Christine confirmed on Twitter that she will appear in the new season, writing: “Got cut off and I’m SOOOOO tired of addressing this.

“I am in every single episode of season 4 and 5 of Selling Sunset. The girls intentionally leave me out of photos.”

She added: “I have real work to do besides sit on my phone and prove 24/7 that I’m filming a TV show. Y’all going to see me.”

Back in November, Christine slammed skeptics who questioned if she faked her pregnancy.

A Reddit user posted an in-depth discussion about whether or not the star may have faked the whole thing.

Then, on Saturday, November 28, a journalist on Twitter echoed the doubts, tweeting: “The streets are saying Christine may have faked her pregnancy on this season of #sellingsunset and you know what? I kinda buy it.”

Less than an hour later, Christine personally responded to the tweet: “You are the type of person that thinks the covid vaccine has a microchip tracking device in it.”

But other followers raised their own doubts.

One said: “People just have questions. Working out one or two weeks after you had a C-section and your heart stopped, so you almost died, is a little suspicious, not to say quite impossible.

“The huge scar would have popped open… I just wish you the best and that you get the help you need!”

Again, Christine personally responded: “I never worked out after my c section. Are you smoking Crack? Where did you read that?

“The yoga scene I was pregnant. It took me 4 months till I could even start yoga again.”

The reality star said: “This woman is beyond sick.”

“She has an unhealthy obsession with my pregnancy with threads and threads on twitter, and she is an actual journalist?”

As she posted more tweets from the journalist, she grew angrier and more vulgar.

“How the hell do you have a job as a journalist!?” Christine questioned. “You are SICK!!! Making fun of my emergency c section.”

When Christine first celebrated her newborn’s two-month birthday, she opened up more about her terrifying ordeal.

“Reliving the trauma on Selling Sunset about my birth experience, was one of the most difficult things I have ever done; let alone allowing these very raw, personal moments of my life captured on camera.

“I am not often publicly vulnerable, as I feel the responsibility to put on a brave face, despite still feeling at the time hopeless, terrified, and to this day traumatized. Both myself, and baby Christian are lucky to be alive.”

The Selling Sunset star then explained how after her water broke, she was “rushed to the hospital already 9cm dilated.”

She disclosed: “Hyperventilating from the excruciating pain, I was immediately rushed in to an emergency crash C-section due to both our heart rates instantly plummeting.

“Baby C umbilical cord was wrapped around his neck. Baby C was seconds away from not making it,” Christine explained, adding that the “surgeons didn’t even have time to count their tools before stitching me up as I was flatlining.”

The model continued on to say that the doctors had to run her “through the X-ray machine immediately after surgery” to ensure there were no “remaining tools” left in her body.

“I am so grateful for the doctors and surgeons that saved BOTH of us. I thank God everyday for my blessings, and my miracle baby,” she gushed.

Christine told her followers to “always remember life is too short and grudges are a waste of perfect happiness. Let go of what you can, and take chances.

“Give everything and have no regrets. Life is too short to be unhappy,” she urged.