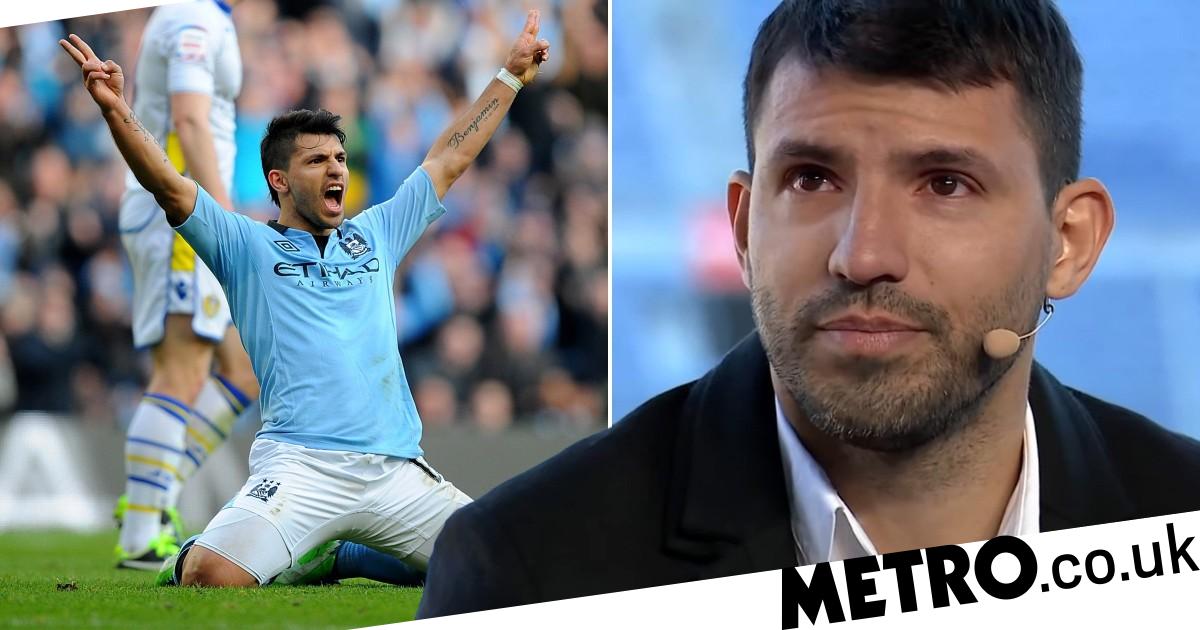 Manchester City legend and Barcelona star Sergio Aguero broke down in tears as he has announced his retirement at the age of 33 after being diagnosed with a heart problem.

Aguero has not played since suffering chest pains during Barcelona’s 1-1 draw with Alaves on October 30.

The Argentine striker was taken to hospital for tests and has been diagnosed with cardiac arrhythmia – an irregular heartbeat – putting his future in the sport in doubt.

Aguero held a press conference at the Nou Camp on Wednesday where he confirmed his decision to retire.

‘This conference is to let you know that it’s decided to leave the world of football,’ an emotional Aguero said.

‘It’s a very hard time, it’s the most difficult decision I’ve made in my life. It’s a health issue, it’s the best decision for me.

‘The doctors told me that the best for me was to stop. I made the decision a week ago.’

Aguero was joined at the press conference by Barcelona club president Joan Laporta, while Manchester City manager Pep Guardiola and director of football Txiki Begiristain were also in attendance.

Laporta added: ‘I believe that no matter where you played, in addition to your talent, your way of being has always been exceptional.

‘From the first day at Barca, we all understood that you were a good man. I hope that your post-career will also be full of success.’

He established himself as one of the best strikers in Premier League history during his 10-year spell at the Etihad, become the division’s top all-time foreign goalscorer and winning five league titles, six EFL Cups and the FA Cup.

Aguero left Manchester last summer before completing a dream move to Barcelona, but he struggled with injuries before this health scare and only made five appearances for the Spanish giants, scoring one goal.