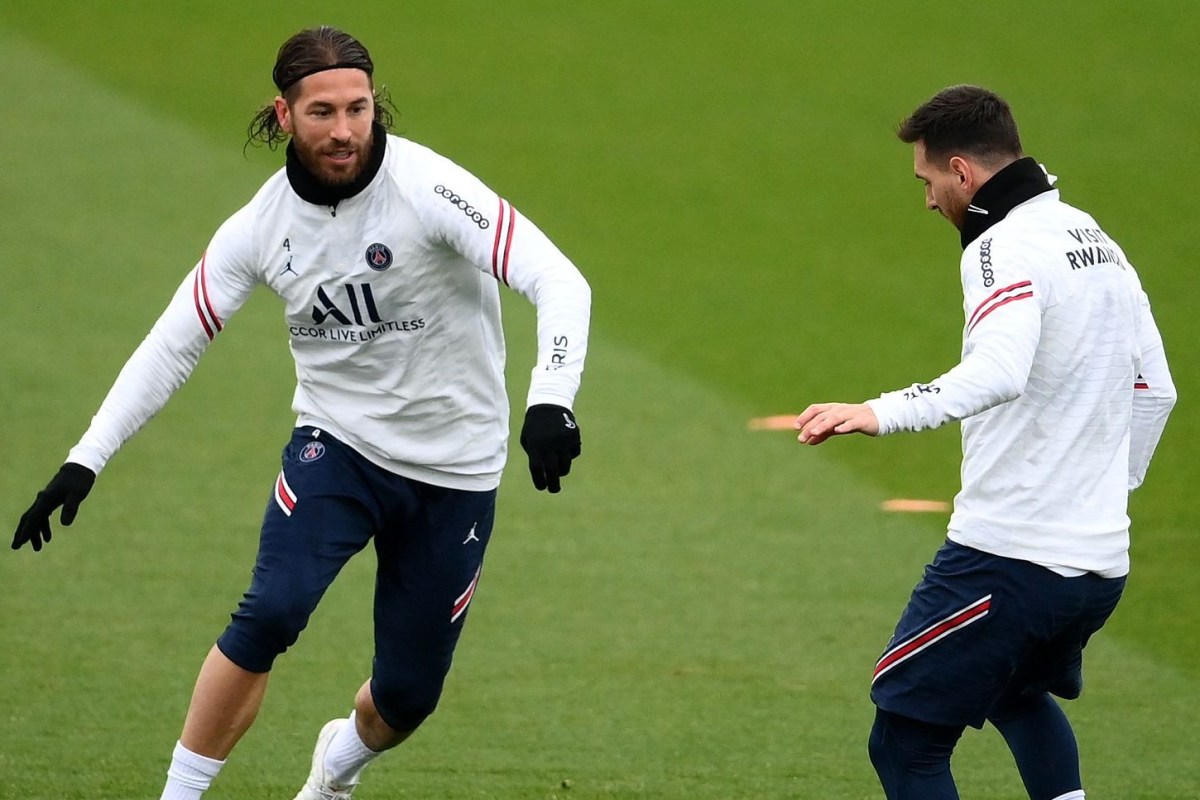 Sergio Ramos could finally make his Paris Saint-Germain debut against Manchester City tonight, four months after joining the Ligue 1 side.

And superstar Lionel Messi has admitted it’s ‘weird’ to now call the Spanish defender a friend and teammate, even branding their bond ‘spectacular’, after many years of their bitter Barcelona and Real Madrid rivalry.

Having struggled with a calf injury since his free transfer from Real Madrid in the summer, Ramos has now been named in the travelling squad for this evening’s Champions League clash at the Etihad.

If the 35-year-old does feature against Pep Guardiola’s side, it will be his first competitive appearance since Real Madrid’s 2-0 defeat at Chelsea back in May.

However, PSG boss Mauricio Pochettino was quick to insist his inclusion in the squad does not automatically mean Ramos will play.

“I do not know,” Pochettino told Amazon Prime Video when asked about the Spaniard’s chances of playing.

“It’s important to see how he progresses. It’s one thing being able to train and another being at the level to be competitive, it’s not the same.”

Barcelona legend Messi and Real Madrid icon Ramos were fierce rivals in Spain, but the Argentine insists there is no longer any ill feeling between them, even though it was strange at first.

Messi told Marca: “At first it was weird after so many years of being rivals, being the two captains of Barcelona and Madrid, after so many Clasicos played, so many fights we had on the pitch.

“But all that is in the past and we have always respected each other a lot, no matter how much we have been rivals in those Clasicos.

“Having him as a teammate today is spectacular. Little by little he is getting back up to speed and hopefully he will play as quickly as possible because he is going to be a fundamental player in order to fight for our targets.”

He added: “It is true that we had not spoken at length, but we had crossed paths in LaLiga for many years and we had spoken more than once.

“I already had an idea of what he was like. I had former teammates who had been with him in the Spanish national team so I already knew him.

“And now, having had more time together in Paris, I have seen that he is a great person.”