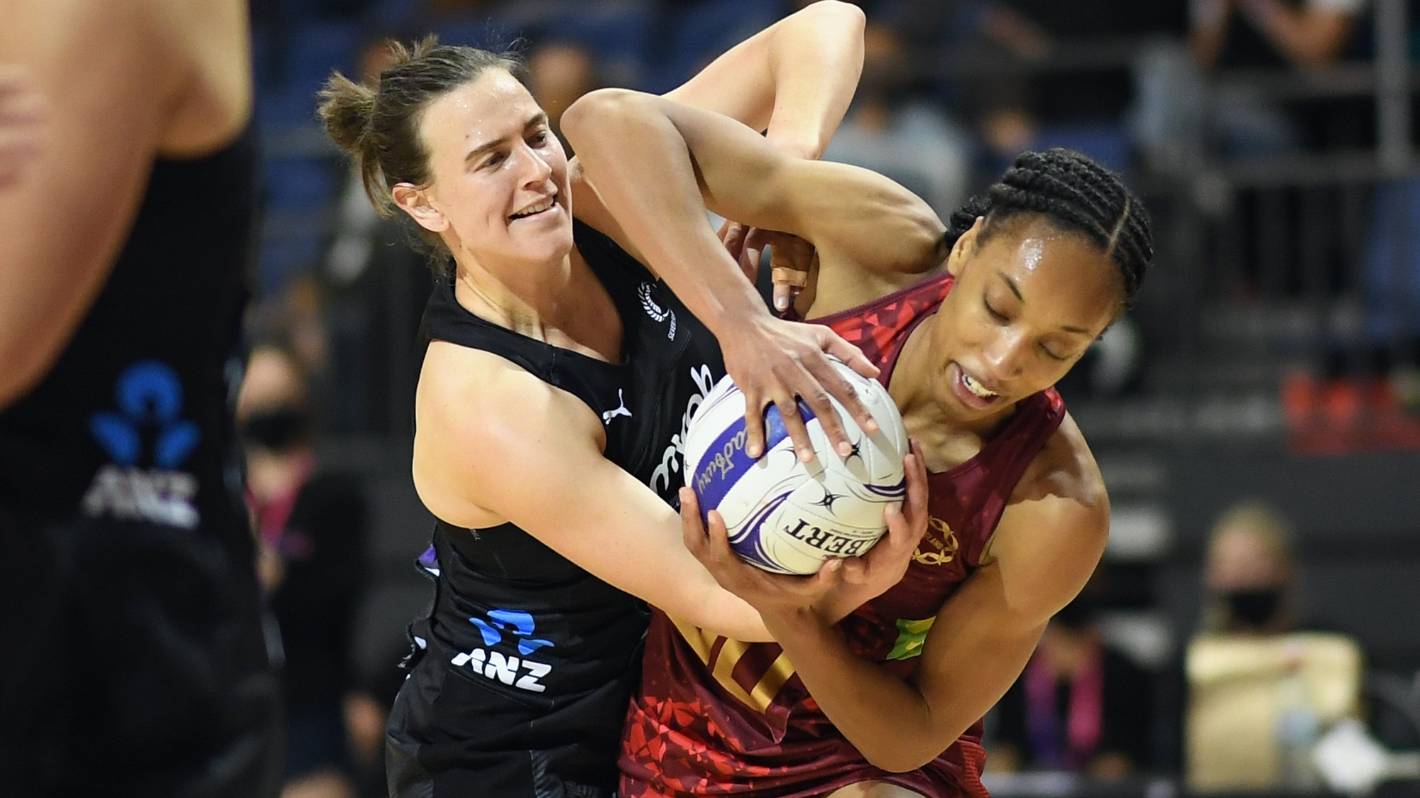 Silver Ferns midcourter Claire Kersten vies for the ball with England’s Layla Guscoth during their most recent series in Christchurch in September.

The Silver Ferns will travel to London in January to contest a netball quad series against England, Australia and South Africa as part of their preparation for the Birmingham Commonwealth Games.

Subject to Covid-19 travel restrictions, the four nations will take to the court from January 15-19 at the Copper Box Arena.

The participating teams will play each other once before a final is held to decide the overall winner.

Silver Ferns coach Dame Noeline Taurua said the series was an important part of New Zealand’s preparation for the Commonwealth Games in July.

“To be able to open the year with the quad series against three other world-class teams is going to be hugely beneficial for our squad,” Taurua said.

“With the uncertainty that Covid-19 has continued to bring to the international sporting landscape it’s really important to get as much on court competition as we can as we continue to build towards the Commonwealth Game in Birmingham.”

The Silver Ferns squad for the quad series will be named following a camp in Wellington from December 15-17.