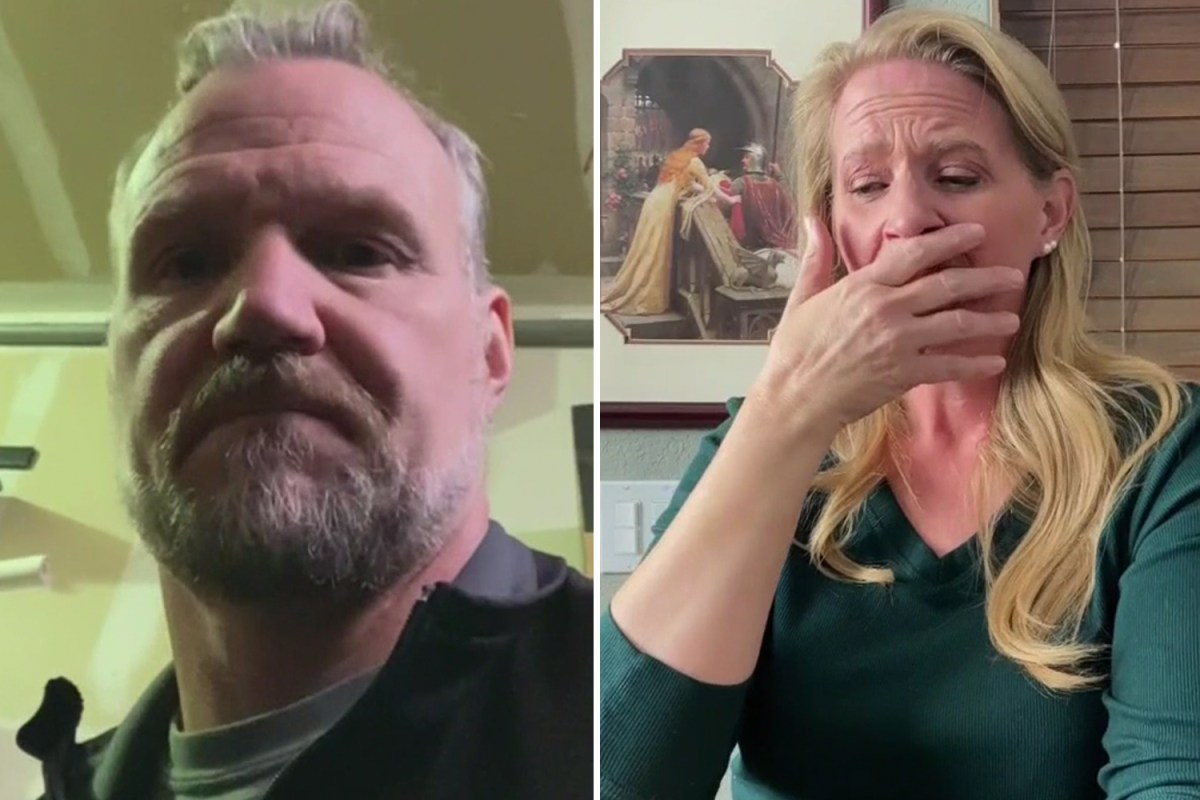 SISTER Wives Christine Brown threw her husband, Kody, out of the house after a “lack of intimacy” became the final straw in their marriage.

The shocking scene featured Kody walking in and learning all of his stuff has been packed up.

It all kicked off after Christine, 49, revealed a conservation she had with Kody while he attempted to put a door to her new loft.

Amid the construction, Kody claims that the door is to “keep the cat out,” however, Christine responds: “I need to know is the door just about the cat or is it about us having an intimate side to our marriage.”

Christine then claims Kody, 53, responded: “He goes, ‘I’m not really interested in that anymore. I don’t like your behavior… we’ll see if you can be a better sister wife…'”

“So you don’t want us to have an intimate marriage” Christine asks her husband before he says, “No…”

That seems to be the final straw for Christina as in a later scene, Kody shares that his third wife informed that she does not want him in her room anymore.

“I don’t know if this is a phase or if this is just an awakening,” Kody tells the camera.

During a confessional, Kody admits: “… I don’t feel intimate because I’ve been betrayed… because I’m constantly hearing this thing,” as he refers to rumors that Christie previously told family members she wanted to leave him.

The drama becomes even heavier later one as an emotional Christine shares in a confessional: “… It’s been so hard for so long. I feel like I don’t have a choice but to throw his stuff out because I can’t… it’s too heartbreaking to be around his stuff… and him, and watch him with Robyn and Janelle.”

She adds: “I have to pack up his stuff because it’s too heartbreaking to be around his stuff… anyways, this is it. The last of his stuff.”

Later on, Kody arrives to find his stuff in boxes as he films all his stuff packed up and labeled.

Kody continues: “I don’t know how to feel about this… I honestly didn’t know she was this serious.

“I think I need to talk to her to see how serious she is… I’m not angry. It appears to be a game, but it may not be, I don’t know. I don’t know why.

Kody later adds: “… The idea of divorce seems tragic, seems terrible… I’m anti-divorce, I suppose… but I’m not bothered by this…” as he admits he feels “relief” being out of a “loveless marriage.”