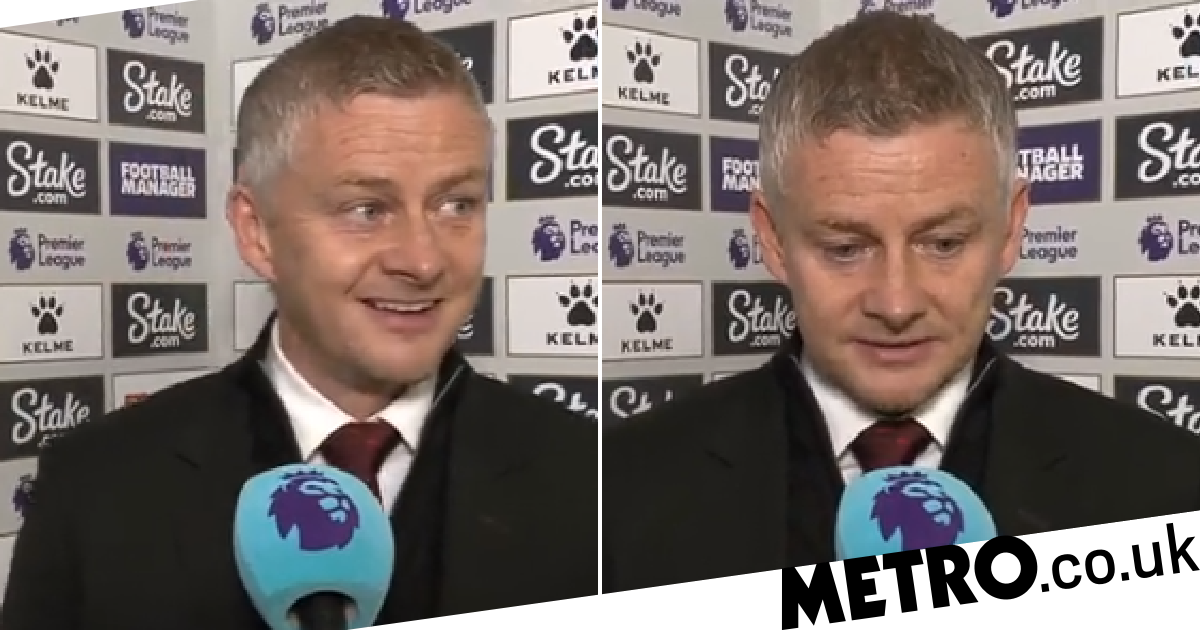 The Red Devils were hoping to arrest their current rut against the newly promoted outfit at Vicarage Road but instead suffered yet another damaging defeat which means they have now picked up just four points from the last 21 available.

United are now 12 points adrift of Premier League leaders Chelsea – who they face next – and there are growing calls for the manager to be axed while he was jeered by the travelling supporters.

Despite needing to bounce back against Watford, United started the match terribly – a common theme throughout his reign – and conceded 11 shots in a dreadful first half, with the former Molde boss at a loss to explain why.

Solskjaer, who is now the bookie’s favourite to be the next manager sacked, felt his side had not been in the right ‘frame of mind’ to start the game, but when asked why that was the case the Norwegian coach chuckled and smiled before quickly changing his tone.

‘Sorry for smiling there, but that’s human beings,’ he told Sky Sports. ‘I’ve got to say you’re surprised, because all these lads are good lads, top players, top professionals.

‘Of course, when it’s not going for you it’s going against you, and it’s hard to play with that mental break. In the second half we came out with nothing to lose, played fantastically, scored loads of… well scored a good goal, created chances. But of course it wasn’t enough.’

United’s board were still backing Solskjaer prior to Saturday’s defeat to Watford but there was a feeling that results would need to drastically improve, particularly with tough games against Villarreal, Chelsea and Arsenal up next.

The likes of Brendan Rodgers and Zinedine Zidane have been muted as potential replacements should United pull the trigger and there are suggestions the club will hold an emergency board meeting to discuss Solskjaer tonight, with the manager far from convincing when asked about his future at Old Trafford.

He continued: ‘I’ve worked here for 18 years, and if the board is thinking of doing something, that’s a conversation for between me and them. The results are not good enough. Something’s wrong.

‘We’re embarrassed. I feel for the fans and I feel the same as the fans. Sometimes you’ve got to say sorry and I said sorry for the performance.

‘I work as hard as I can, and that (his future) is not for me to worry about. I’m not going to discuss that here and now. I’m feeling very low, put it that way.’