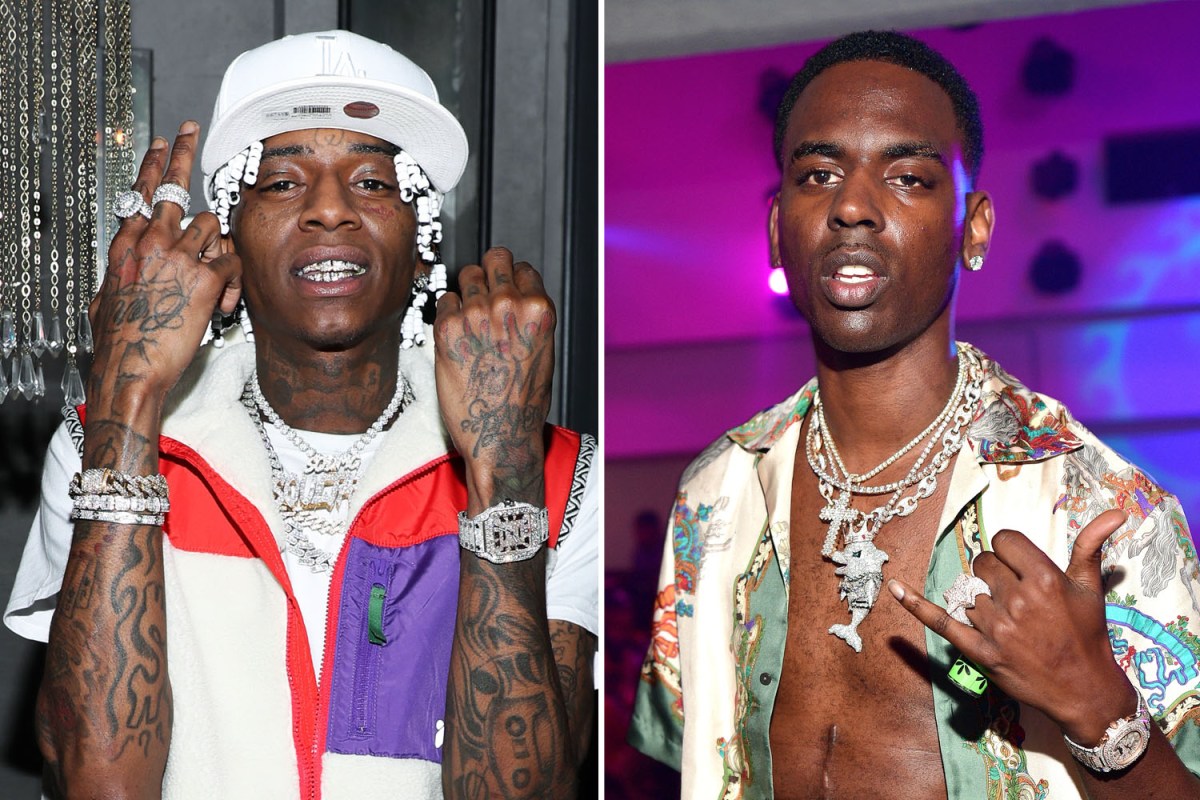 Tour promoter G-Squared Events announced Soulja Boy was pulled from the lineup at The Millennium Tour in Memphis on Sunday, November 21.

Soulja Boy, whose real name is DeAndre Cortez, was set to take the stage at the FedExForum along with other artists like Bow Wow, Omarion, Ashanti, Pretty Ricky, and the Ying Yang Twins.

However, a press release from G-Squared said that he would no longer be performing at the event due to safety concerns.

“To preserve the safety of The Millennium Tour 2021 artists and patrons, tour representatives are exercising caution and want to make a smart decision to be safe,” the release says.

“The safety and welfare of our patrons are the first and foremost priority … We pride ourselves on bringing high-quality concert experiences to our patrons.”

The news comes just days after Young Dolph, 36, was shot dead at Makeda’s Cookies in Tennessee.

There’s no suggestion at this time that Soulja Boy had anything to do with Dolph’s death, and he has not been named as a suspect.

The bounty comments reportedly came due to an ongoing beef between the rappers.

A week before Dolph was gunned down, Soulja Boy was on Instagram Live speaking to his followers when a fan brought up Dolph’s name.

Cops are now hunting the gunmen in Memphis after they were rumored to be pictured holding automatic weapons in surveillance photos.

Dolph’s music was vastly influenced by the violence that eclipsed his short life, seeing him even film a music video from his hospital bed while recovering from a past assassination attempt.

In previous interviews, Dolph explained that he was exposed to violence at a young age.

In an interview with The Guardian, he explained: “We were in the fourth, fifth, and sixth grades, seeing this living hell.”

“You’ve been seeing it for so long that you start to partake in it.”

Young Dolph explained how he had witnessed the murder of a man in a drive-by shooting from his grandmother’s window at age nine, a memory he regurgitated in his breakout song, Preach, which later catapulted him to stardom.

Despite climbing the ranks of the rap scene, the violence that consumed his childhood was quick to follow him.

Dolph was shot and critically wounded in February 2017 in the midst of a feud with fellow Memphis rapper Yo Gotti.

After exchanging subtle disses on tracks aimed at each other, Dolph’s car was relentlessly shot at over 100 times in Charlotte, North Carolina.