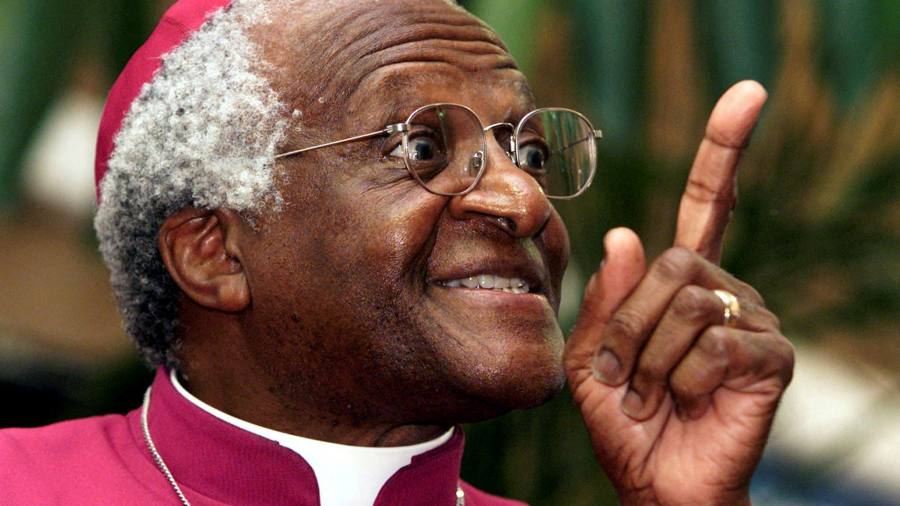 Archbishop Desmond Tutu, the Anglican cleric and Nobel laureate who led non-violent resistance to apartheid in South Africa and became the conscience of its young democracy, has died at the age of 90.

Tutu, who won the 1984 Nobel Peace Prize and chaired South Africa’s truth and reconciliation commission after the end of the white minority regime, was “one of the great spirits and moral giants of our age,” his foundation said following his death in Cape Town on Sunday.

Called the “voice of the voiceless” by Nelson Mandela, the new democracy’s first president, Tutu campaigned for international economic sanctions against apartheid, fought for reconciliation at home, and became an outspoken critic of inequality and poverty under the rule of the African National Congress.

Tutu’s passing “is another chapter of bereavement in our nation’s farewell to a generation of outstanding South Africans who have bequeathed us a liberated South Africa,” President Cyril Ramaphosa said in a statement.

Thabo Makgoba, the current Archbishop of Cape Town, said Tutu “named wrong wherever he saw it and by whomever it was committed. He challenged the systems that demeaned humanity”.