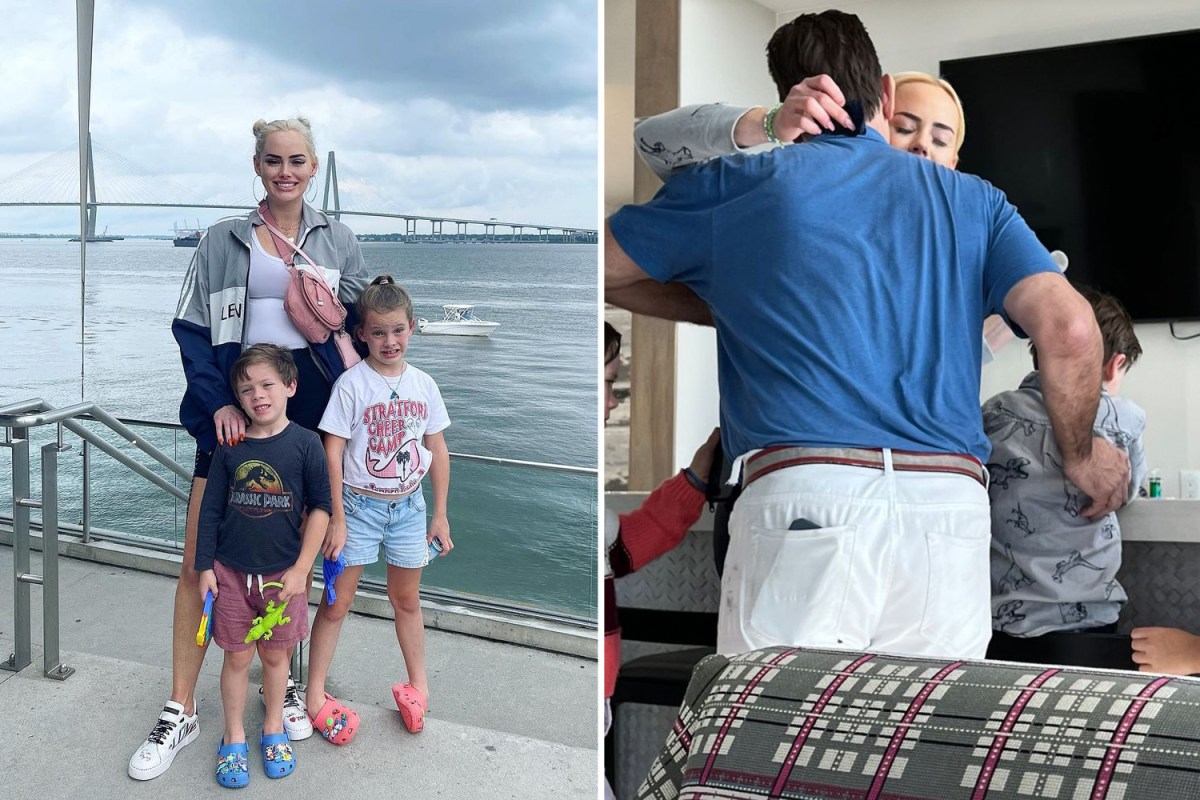 Kathryn, 30, shared snapshots of the family reunion on her Instagram Stories.

In the first snap, Saint and their daughter Kensington, seven, were looking at their father, Thomas, 59.

He wore a bright blue shirt and had sunglasses on top of his head.

The former Bravo star appeared to be looking somewhere else and stared at her nails.

In the second snap, the Southern Charm star appeared to be in good spirits as she closed her eyes and hugged Thomas.

The celebrations continued in the next photo as Saint took a chomp out of the corner of his birthday cake.

Another photo was taken between Kathryn and her two children.

With the bridge and water in the background, the three huddled together as a close family.

This comes just a short time after Thomas threw a massive birthday bash – where mom Kathryn was notably absent from – for his son Saint.

In one photo, Saint was pictured sipping a juice box, as the birthday boy had gathered with the other children and stood with his father around a cake.

He also shared a video showing Saint and his guests enjoying an inflatable slide.

The ex TV star also posted a photo of himself with his daughter as she sat on his lap.

Because she was not invited, Kathyrn posted several videos from a “game night” with friends.

The “game night” that she held included an escape room-style activity.

Previously, Kathryn had spent months locked in a custody battle with her ex-husband.

Back in March, Kathryn lost custody after Thomas accused her of using drugs and neglecting her kids – allegations which she denied.

Last month, the TV personality broke down in tears recently and admitted that she was “missing her babies.”

Kathryn also shared a picture of herself crying and ending her message with: “But some days it be like that…”

The model has been open with fans about her nasty custody battle with Thomas.

She shared on Instagram: “There will be a lot more difficult times than good times when you are without your kids.”

Thomas has another son, Jonathan Jackson, with his ex Heather Mascoe.

Back in August, after Kathryn had lost the custody battle and slammed the court system, a source exclusively told The Sun: “She has supervised visitation during the day Saturday and Sunday every other weekend.”

Thomas had intended to move to Aiken, South Carolina along with his children over the summer.

He revealed his plan to the judge while filing for full custody.