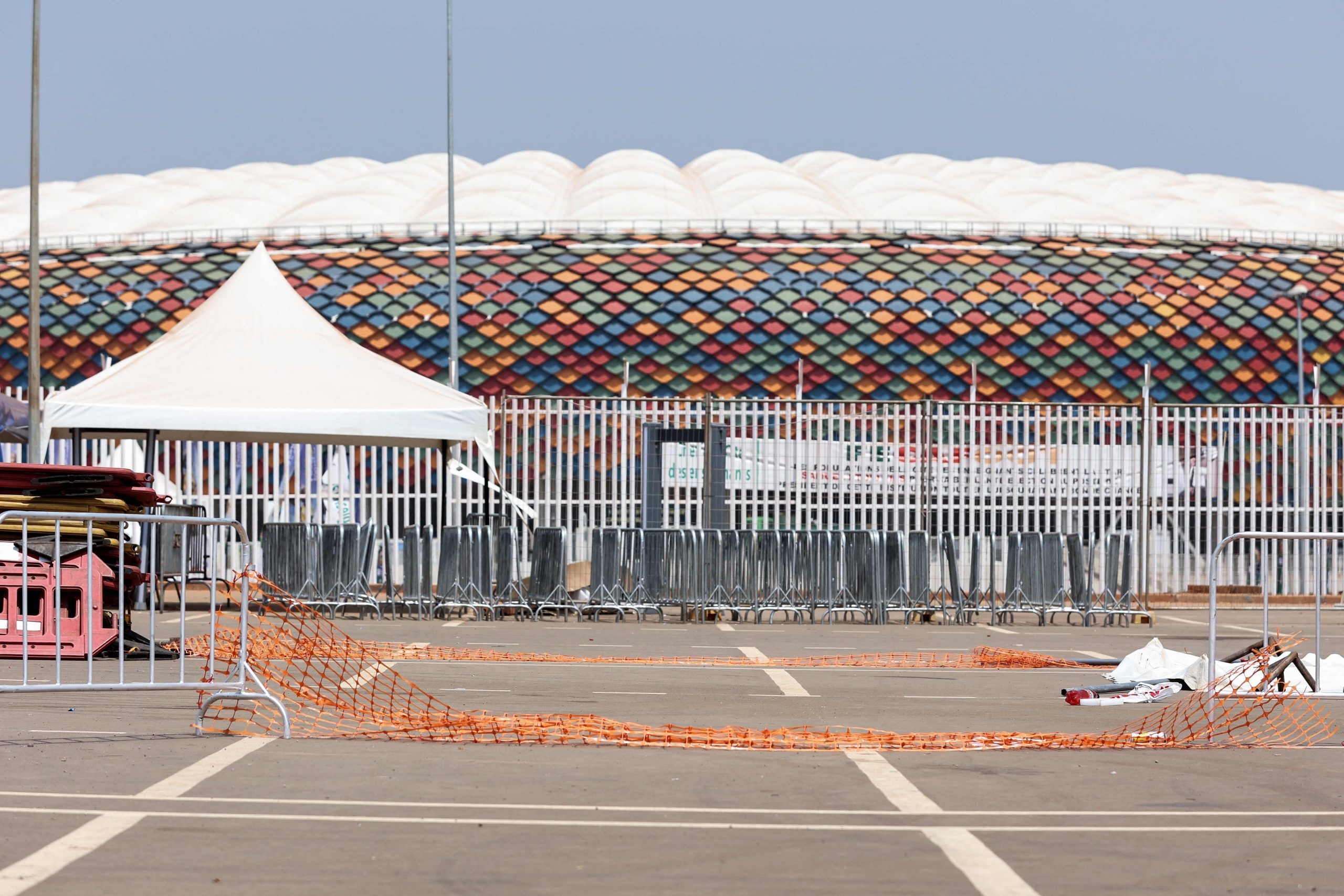 YAOUNDE — The next Africa Cup of Nations match scheduled for Yaounde’s Olembe Stadium, where eight people were killed in a stampede on Monday, will be moved to another venue, the Confederation of African Football president Patrice Motsepe said on Tuesday.

The stadium was next scheduled to host a quarter-final tie on Sunday but it will now be played at Yaounde’s Ahmadou Ahidjo stadium.

It is the match between the winners of Tuesday’s last-16 tie between Malawi and Morocco and victors of Wednesday’s clash between Egypt and the Ivory Coast.

The newly-completed Olembe Stadium is still scheduled to host a semi-final on Feb. 3 and the final on Feb. 6 but Motsepe suggested that unless local authorities in Cameroon guaranteed improved security, they too could be moved.

#Cameroon – At least half a dozen people were killed with many more injured at Olembe Stadium in Yaoundé. It comes after a stampede attempting to get inside occurred before the Cameroon🆚Comoros African Cup of Nations football match pic.twitter.com/pzsP8tVe2X

Motsepe said CAF were asking for an explanation from Cameroon’s organizing committee and government as to the cause of the stampede and why gates at the stadium, that should have been opened, were closed.

“We want urgent steps to make sure it doesn’t happen again and a report by Friday to explain what went wrong,” Motsepe told a news conference.

“Clearly there were deficiencies, failures at weaknesses. There were problems that should have been foreseen.

“The safety and security of spectators has to be our primary duty and obligation.”

Motsepe said there were thousands of additional spectators who had gone to the stadium to “take in the atmosphere”.

“There was a gate closed for inexplicable reasons,” he said after visiting the site of the stampede, suggesting had it been opened the stamped could have been avoided.

Motsepe said a postponement of Tuesday’s matches at the tournament had been discussed but it was decided they would go ahead.

There are two matches scheduled for Tuesday in Bafoussam and at the Ahmadou Ahidjou Stadium in Yaounde.

A total of 38 were also injured when fans stormed the stadium hosting the Cup of Nations match between Cameroon and Comoros.

Motsepe said he had visited the injured and that only seven remain hospitalized.

Images shared on social media, which Reuters could not immediately authenticate, showed a panicked crowd trying to squeeze through a narrow entrance gate at Olembe stadium.

One video showed dozens of fans scrambling over the stadium fence as a police officer walked by.

High school teacher Vanessa Tchouanzi had come to see the match on Monday. She was barely able to get her words out as she recounted her experience over the phone to Reuters.

Tchouanzi tried to enter the stadium with a friend, but said that gate attendees were too overwhelmed by the mass of people to check tickets.

As fans rushed the entrance, Tchouanzi and her friend were knocked to the ground. A bystander helped Tchouanzi escape, but her friend was trampled to death, she said.

“She couldn’t take the shock, the weight of all those people,” Tchouanzi said through a flood of tears.

The government did not give any information on the cause of the crush or whether fans were allowed into the stadium without tickets. It is not clear why the match went ahead after the disaster.

Here is a look at some of the major disasters in soccer stadiums over the last 40 years:

Fans were crushed as they left a UEFA Cup tie between Spartak Moscow and Dutch side HFC Haarlem at the Luzhniki Stadium in Moscow.

Officials from the former Soviet Union did not disclose the tragedy for years. When they did, they gave an official death toll of 66 although the number who died in a crush at one exit could have been as high as 340.

At least 56 people were killed and more than 200 injured when fire broke out in the stands at the Valley Parade stadium in Bradford during a third division match against Lincoln City.

Thirty-nine fans died and more than 600 were injured in fan violence before the European Cup final between Juventus and Liverpool at the Heysel Stadium in Brussels.

A stampede towards locked exits in a hailstorm at Nepal’s national soccer stadium in Kathmandu killed more than 90 fans.

Ninety-six Liverpool supporters were crushed to death in an over-crowded and fenced-in enclosure at the Hillsborough Stadium in Sheffield before an FA Cup semi-final between Liverpool and Nottingham Forest.

Forty-two people died in a stampede during a pre-season game at the Oppenheimer Stadium in the mining town of Orkney between the Kaizer Chiefs and the Orlando Pirates. A Pirates fan had attacked Chiefs supporters in the crowd with a knife.

A stand at Bastia’s Furiani Stadium collapsed before a French Cup semi-final against Olympique de Marseille, killing 18 and injuring more than 2,300.

Last year, the French parliament passed a law banning professional matches taking place in the country on May 5 in memory of the victims.

Up to 82 people died and at least 147 were injured when an avalanche of fans tumbled down seats and a flight of stairs at a World Cup qualifying match between Guatemala and Costa Rica in Guatemala City.

At least 43 people were crushed to death when soccer fans tried to force their way into Johannesburg’s huge Ellis Park Stadium midway through a top South African league match.

Around 126 people were killed in a stampede at Accra’s main soccer stadium when police fired tear gas at rioting fans in one of Africa’s worst soccer disasters.

At least 19 people were killed during a stampede at Abidjan’s Felix Houphouet-Boigny stadium before a World Cup soccer qualifying match against Malawi.

Fans rioted at the end of a match between rivals Al-Masry and Al-Ahly in the city of Port Said. At least 73 people were killed and more than 1,000 injured, and the Egyptian league was suspended for two years.

At least eight people died and 38 were injured in a stampede at the Yaounde Olembe Stadium in Cameroon before the host country’s Africa Cup of Nations last-16 game against Comoros.