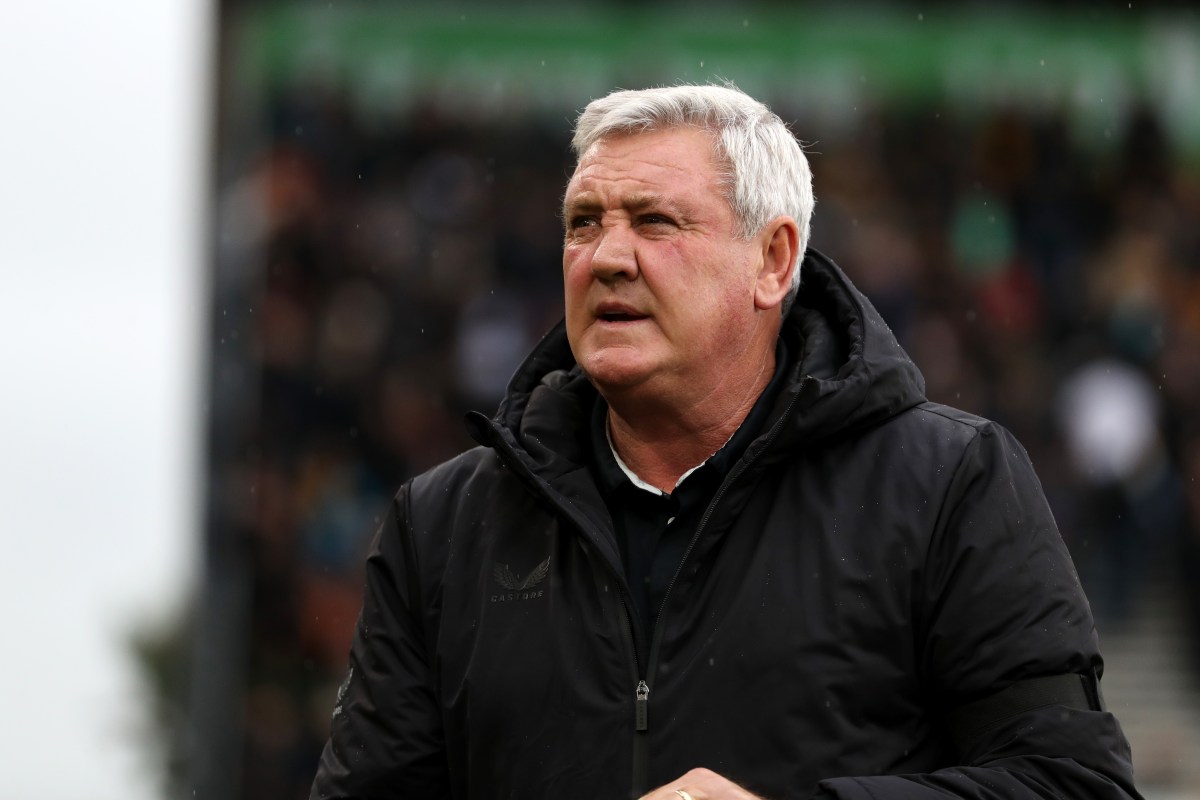 Steve Bruce has reportedly been offered to Manchester United as the club look for an interim boss to steady the ship until a permanent successor to Ole Gunnar Solskjaer is found.

Solskjaer was sacked last weekend after a torrid run of results, which has seen the Red Devils drop to seventh in the Premier League.

Michael Carrick has been handed the job temporarily and he steered his side to a 2-0 victory over Villarreal in his first outing in the Champions League on Tuesday evening.

Bruce, however, has now put his name into the mix for the interim role with is agent ‘offering him to the club’, according to the Mail.

After his Newcastle sacking, Bruce stated that he thought the Magpies position was to be his last in the game.

“I think it might be my last job,” Bruce told The Telegraph. “It has been very, very tough.

“To never really be wanted, to feel that people wanted me to fail and saying I would fail, that I was useless, a fat waste of space, a tactically inept cabbage head.”

Nevertheless, it seems he wants another crack at it and he has his eyes on the Old Trafford hotseat.

The 60-year-old is a legend at the club having scored 51 goals in 414 appearances on his way to becoming one of the top scoring defenders in football.

Red Devils legend Peter Schmeichel, who spent five years with Bruce at United, reckons his former teammate would be a great short-term fix at the club.

“Someone like Steve Bruce could be a really good option – a safe pair of hands to take charge of the team and the club for the rest of the season,” he told talkSPORT.

“If I’m honest I hope that the next manager will be picked and will be in place before an interim manager is named because I don’t think the club needs to have that kind of confusion.

“What the team needs more than anything is new voices in the dressing room, something different, another kind of inspiration.

“Even Michael Carrick said that, he worked for Ole for so long and he’s going to be the same as him.

“Carrick did very well in Villarreal but it’s just one game. It’s very important we get a manager in place and we look towards the future.”