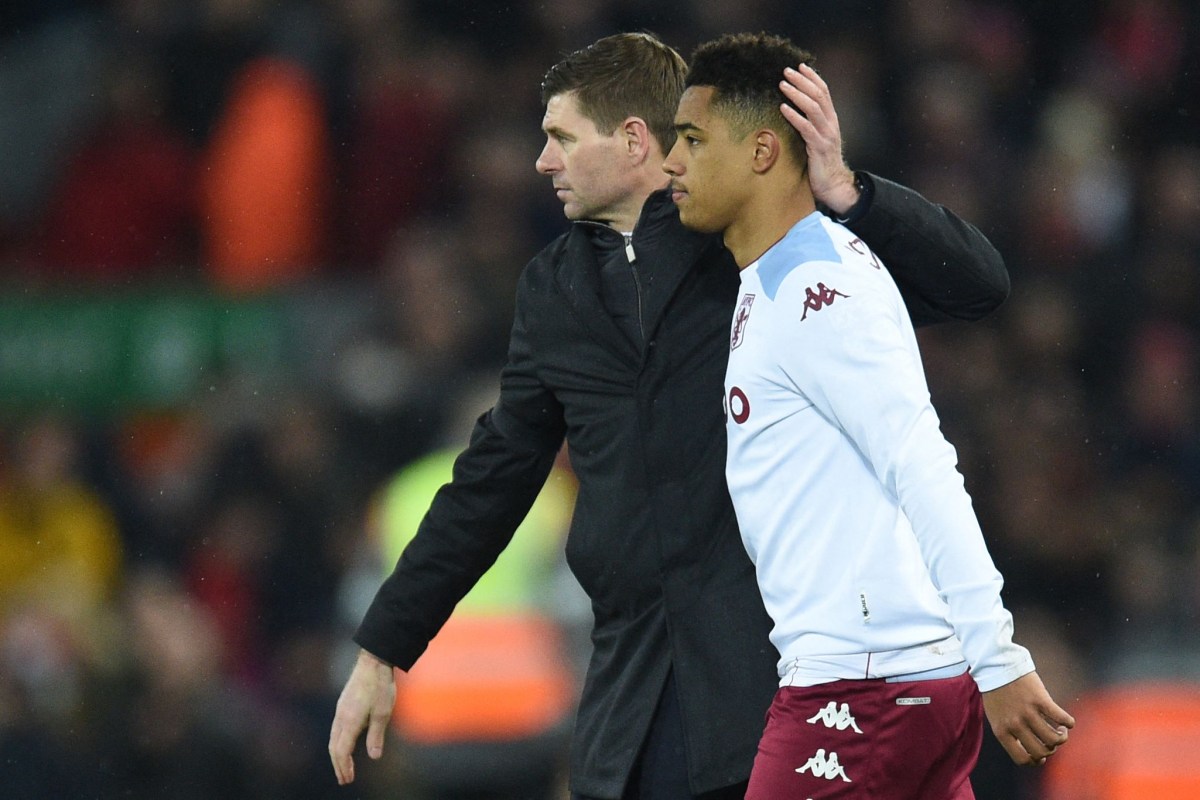 Steven Gerrard insists Jacob Ramsey ‘can be as good as he wants to be’ following his superb solo goal in the 2-0 victory over Norwich at Carrow Road.

Ramsey scored his second professional goal in brilliant fashion with an individual effort that began well inside his own half.

Winning the ball back on the far touchline, the 20-year-old exchanged passes with Ollie Watkins on the halfway line, before driving at the Norwich defence, leaving a number of yellow shirts in his wake.

He then jinked back into his left foot as he entered the Canaries’ box, firing in a brilliant strike to open the scoring, ultimately helping put the game past Norwich.

The result makes it four wins from six for Gerrard since being named Villa boss, with his only defeats coming in close games against Manchester City and Liverpool.

And when speaking to talkSPORT post-match, the former Rangers manager was more than impressed by Ramsey’s all-round display, as well as his goal.

“I thought his performance today was outstanding,” Gerrard said. “A few weeks ago we had to change his position for the sake of the team and he was very selfless in his application to do that.

“I think he moved back to his favoured position tonight and I thought his all round performance was outstanding.

“The goal was top drawer, to carry the ball, play the one two and finish with that strength on your weaker side.

“I think that should be in the running for goal of the month and I’d like to see a better one than that.”

This season, he began to seize his chance, impressing in his 11 starts and four substitute appearances.

The England U21 international is quickly emerging as one to watch, and Gerrard has given him the highest praise.

“[He can be] as good as he wants to be,” Gerrard told talkSPORT. “He’s got all the tools, we’ll give him all the support, he’ll have the environment to develop and grow in.

“We’ll make sure we leave no stone unturned to keep moving him in the right way, but listen he’s going to be a big player for Aston Villa.

“He’s one of their own and it’s my job to keep moving him forward, keep pushing his standards, and make sure that he finds consistency in his game.”

Gerrard’s praise will be music to Ramsey’s ears, who confirmed post-match that there was a hint of inspiration from his new manager’s playing days.

“I’ve seen Ollie lay it off to me in space and I looked around and no one was there,” Ramsey told BT Sport. “So I thought ‘go on then, why not have a shot’ and luckily it went in, it was a good goal.

“Obviously I’ve been watching clips [of Gerrard] growing up, the gaffer was probably one of the best at that, a goalscoring midfielder, and that’s what I want to be.”