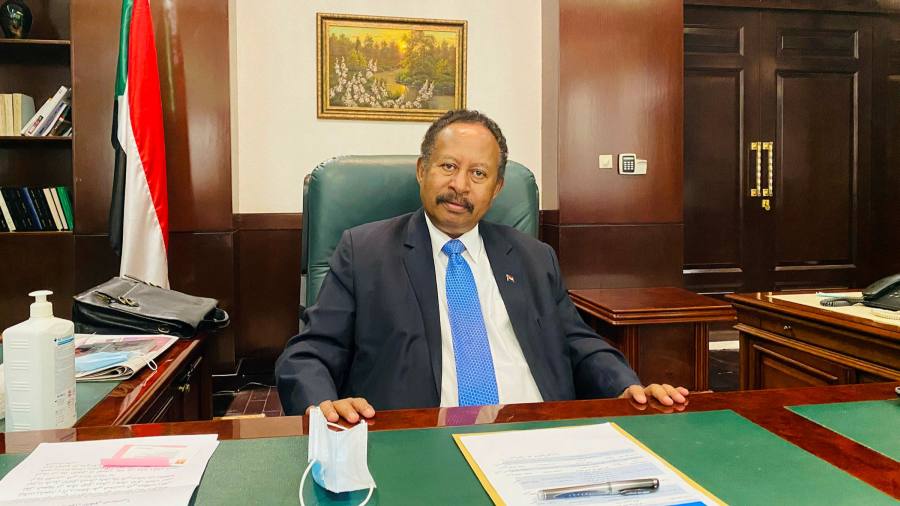 Sudan’s newly reinstated prime minister has defended his deal with the country’s military, arguing that compromise was necessary to avoid bloodshed and restore the country’s battered economy.

The army seized power on October 25 and put Abdalla Hamdok under house arrest. On November 21, Hamdok signed an agreement with Abdel Fattah Burhan, Sudan’s top general and the coup leader, restoring the civilian element of the transitional government and paving the way for elections in July 2023.

The 14-point pact is aimed at reverting to some of the basic terms of a transitional agreement that brought both men to power in 2019 as part of a hybrid civilian-military government to oversee Sudan after the fall of dictator Omar al-Bashir.

“We reached an agreement which, in the circumstances, is a workable agreement; it is something that avoided us going down a very slippery slope,” Hamdok told the Financial Times in his office in Khartoum. “These situations, if they are not managed well, could easily slip into chaos, civil wars.”

The move by the World Bank and the US government to freeze aid funds following the coup added to pressure for a deal, he said. Sudan, emerging from decades of international isolation, is in the midst of a dire economic crisis with runaway inflation at more than 360 per cent.

Almost a year ago, the US removed Sudan from its state sponsors of terrorism list, paving the way for an IMF staff monitoring programme and negotiations with Paris Club lenders that could, ultimately, lead to relief on $56bn in foreign debt.

Hamdok said there were a few reasons for a deal with the military. “One was to stop the bloodshed. Second, was to preserve the achievements of the last few years, and key among them are the achievements on the economy” that, he said, saw him taking “very tough decisions which were very much unpopular”, including lifting subsidies on fuel and wheat that accounted for some 10 per cent of gross domestic product.

Hamdok is hopeful that the deal will persuade donors to reverse their decision. “These institutions, normally, go straight to sanctions, or to cancelling the programmes. But they didn’t, they froze which is much easier [to revert],” Hamdok said.

Hiba Mohamed Ali, Hamdok’s former finance minister, estimates Sudan needs about $10bn between loans, aid and investments in the run-up to the election.

Sudanese may be harder to convince, though. The deal says the new government should be composed of “independent technocrats” and not politicians.

“At the moment we should support this agreement so we can have a peaceful transition to an election and a real democracy,” said Siddiq Mohamed Ismail, deputy chair of the Umma party, one of the country’s largest, but added that what Burhan wanted “contradicts reality, politicians should be part of the government”.

Hamdok also risks losing the protesters who were a determining factor in toppling Bashir in 2019 and in pressuring the military to return him to office.

Like many others, Ahmed Salah, a 30-year-old engineer took to the streets of Khartoum on Thursday holding a Sudanese flag chanting “the military should go back to the barracks”.

Overwhelmed by tear gas, he said: “Hamdok said that he was against the coup, but he signed an agreement with the same people who betrayed him. We won’t acknowledge this government because it’s the result of a coup.”

But many, including Hamdok, say it is fantasy to think the military can be kept out of power.

“Of the 65 years of our independence, more than 52 years were under military rule and even the remaining years were not fully democratically elected governments, there were transitions,” he said.

Hamdok struck a note of scepticism about deal. “I used to call this transition ‘messy’, but having gone through these last months, I came to probably recognise that characterising the transition as messy was an underestimation — it is much more than that,” he said.