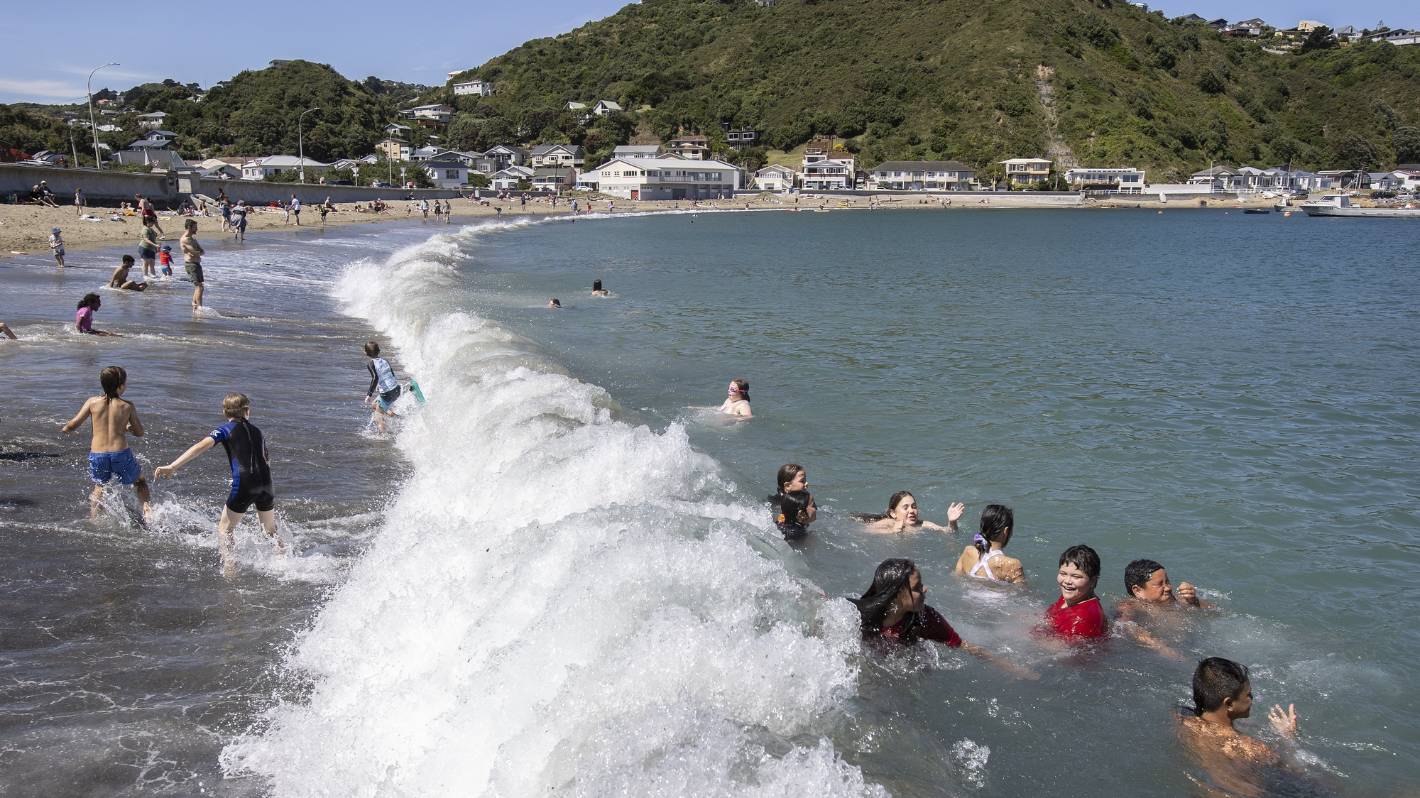 Predictions of wet and windy weather for Christmas Day seem to have dissipated – and now sun and warm weather are on the cards. (File photo)

Christmas Day is expected to be much warmer and sunnier than initially forecast, meaning Kiwis across the country will be able to enjoy a traditional barbecue without the fear of a washout.

Predictions last week were for a wet and cold December 25, but most of New Zealand is now likely to have settled weather from a high-pressure system that will blanket the country, MetService meteorologist Angus Hines said.

However, a low system moving across the Bay of Plenty on Christmas Eve could mean some wet and colder weather for those in the northeast of the North Island, particularly on Christmas morning.

“Hopefully it (the low) goes away early doors and the remainder of Christmas Day is good,” Hines said.

Eastern areas are likely to see plenty of cloud, but there will also be lots of sunshine, particularly in western areas of the South and North islands.

It would most likely not be a “scorcher”, Hines said, but most of the country could see average temperatures for this time of year.

A range of severe weather warnings and watches have been issued for Monday and Tuesday.

The central North Island would probably be the warmest at 20 degrees Celsius to 25C and 20C to 24C for the rest of the North, while it’ll be a “couple of degrees cooler” in the South Island.

The outlook for Christmas Day is a far cry from the sizzling temperatures on Monday, the highs of 30C in recorded Dunedin and Wairoa making them New Zealand’s hottest centres, warmer than Rarotonga, according to MetService.

Gisborne and Timaru weren’t far behind at 29C, and 17 other centres recorded temperatures in the mid to high 20s.

Many parts of Aotearoa received warmer than normal temperatures, though some saw gusts of up to 120kmh as a front moved its way up the South Island throughout the day.

A series of fronts moving northeast over southern and central New Zealand later on Monday and into Tuesday could bring periods of heavy rain and gales – triggering heavy rain and strong wind watches for much of the South Island and parts of the lower North Island.

Heavy rain could cause streams and rivers to rise rapidly and lead to surface flooding and slips, MetService warned.

As of Monday evening, an orange heavy rain warning was in place for the ranges of Westland and south of Otira, with up to 120 millimetres of rain expected to fall between 1pm and 10pm on Monday.

Up to 100mm was expected in the headwaters of the Canterbury lakes and rivers and south of Arthur’s Pass between 4pm and 10pm.

A heavy rain watch was in place for the Tararua Range in the Wairarapa between 6am and 1pm on Tuesday, and the same for the ranges of Buller between 8pm Monday to 4am Tuesday and the ranges of Westland north of Otira between 6pm and 12am Monday.

There was also a watch for strong winds in Marlborough, excluding the Sounds, between 3pm Monday and 9am Tuesday, where northwest winds were forecast to become severe gales in exposed places.