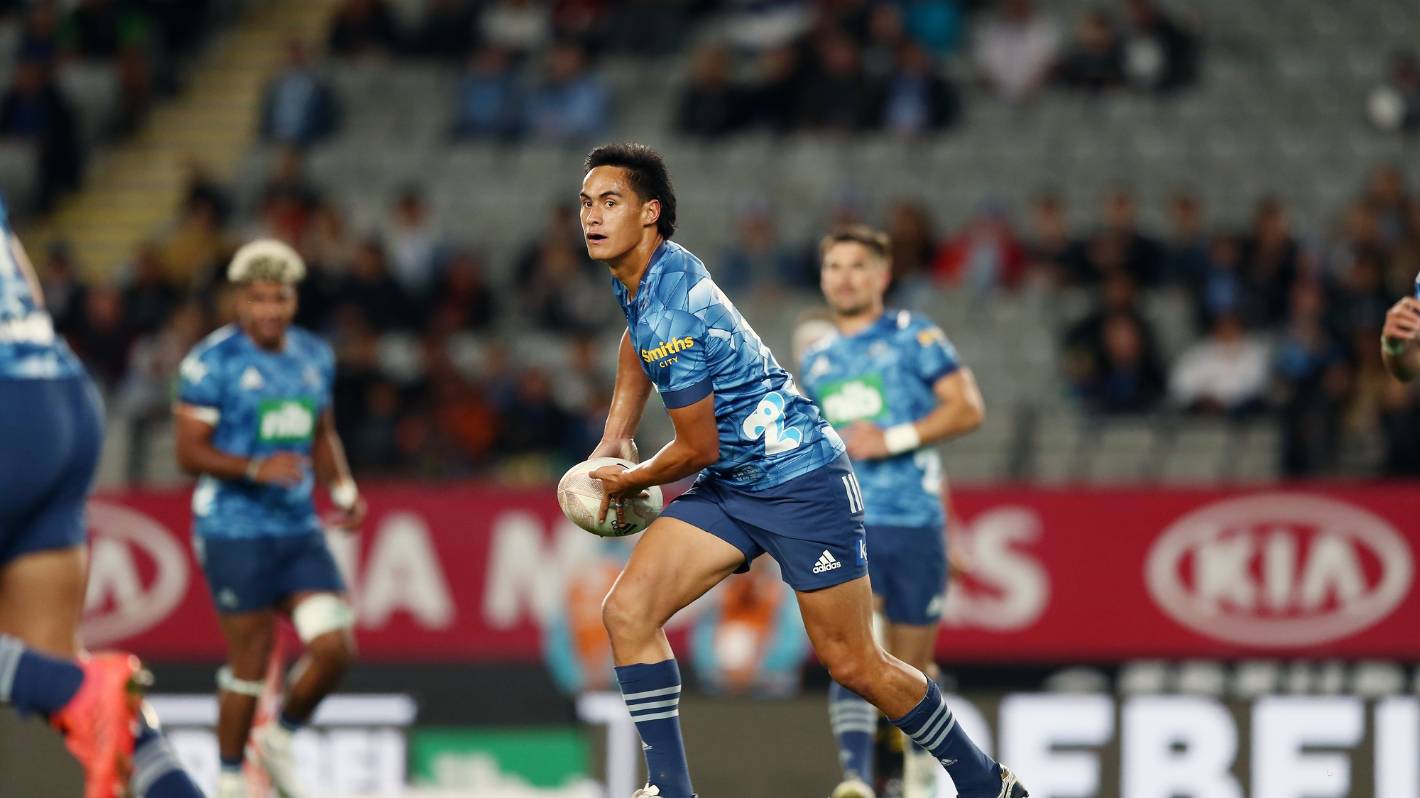 Fullback Zarn Sullivan has extended his deal with the Blues for three more years after a standout rookie season.

The Blues know a good thing when they see it in Zarn Sullivan, signing the 21-year-old fullback to a three-year contract extension that will keep him at his home-town franchise through the 2024 season.

The Super Rugby Trans-Tasman champions announced new deals for Sullivan and 32-year-old wing Bryce Heem (who signs on for one more season) on Tuesday as they round out their group ahead of Monday’s squad announcements for the five New Zealand franchises.

Sullivan, a product of the Auckland and Blues development system after a successful school career at Kings College, emerged as the Blues’ first-choice fullback for the Super Rugby Trans-Tasman competition and produced a string of outstanding performances in the team’s charge to the title.

The exciting young talent with a trusty left boot and imposing frame – 1.93m and 100kg – made his Super Rugby debut late in the Aotearoa competition against the Chiefs, scoring a try to cap an eye-catching performance, and never looked back during the second phase of the season.

“Zarn took his chance really well,” said Blues coach Leon MacDonald. “He has all the attributes to be an excellent fullback and has a nous for the game far greater than his years.

“It is early days yet for Zarn but if he continues to work hard he has a big future in the game.”

MacDonald also emphasised the importance of Heem’s re-signing after his experience proved crucial during the 2021 campaign when he came in as a late addition to the squad.

Heem was somewhat of an accidental pickup for the Blues when he and his family decided in 2021, amid the Covid outbreak, it was time to return home from Europe where he had carved out six impressive years with Worcester and Toulon.

MacDonald happened to have a spot on his roster when a deal with an Argentine player fell through, Heem was snapped up and his presence proved vital as he started the last seven games and finished with nine caps for the season. That included a hat-trick of tries against the Waratahs at Eden Park in the Super Rugby trans-Tasman competition.

“Bryce was a tremendous contributor with all of his experience as a successful professional in England and France,” said MacDonald.

“He is a great professional and a great bloke. He not only earned his place in the starting team with some excellent form, but also became an important contributor, both on the training field and off the grass, especially with our young backs.“

The Blues will miss 2021 skipper Patrick Tuipulotu for the inaugural season of Super Rugby Pacific as he takes his sabbatical in Japan, but have the remainder of their key pieces back, Beauden Barrett returned from his own stint offshore and exciting new signing Roger Tuivasa-Sheck on board as he looks to carve a career in the 15-man code.

To be added: Two locks (looking like Luke Romano and James Tucker), two loose forwards, a halfback and two midfielders.