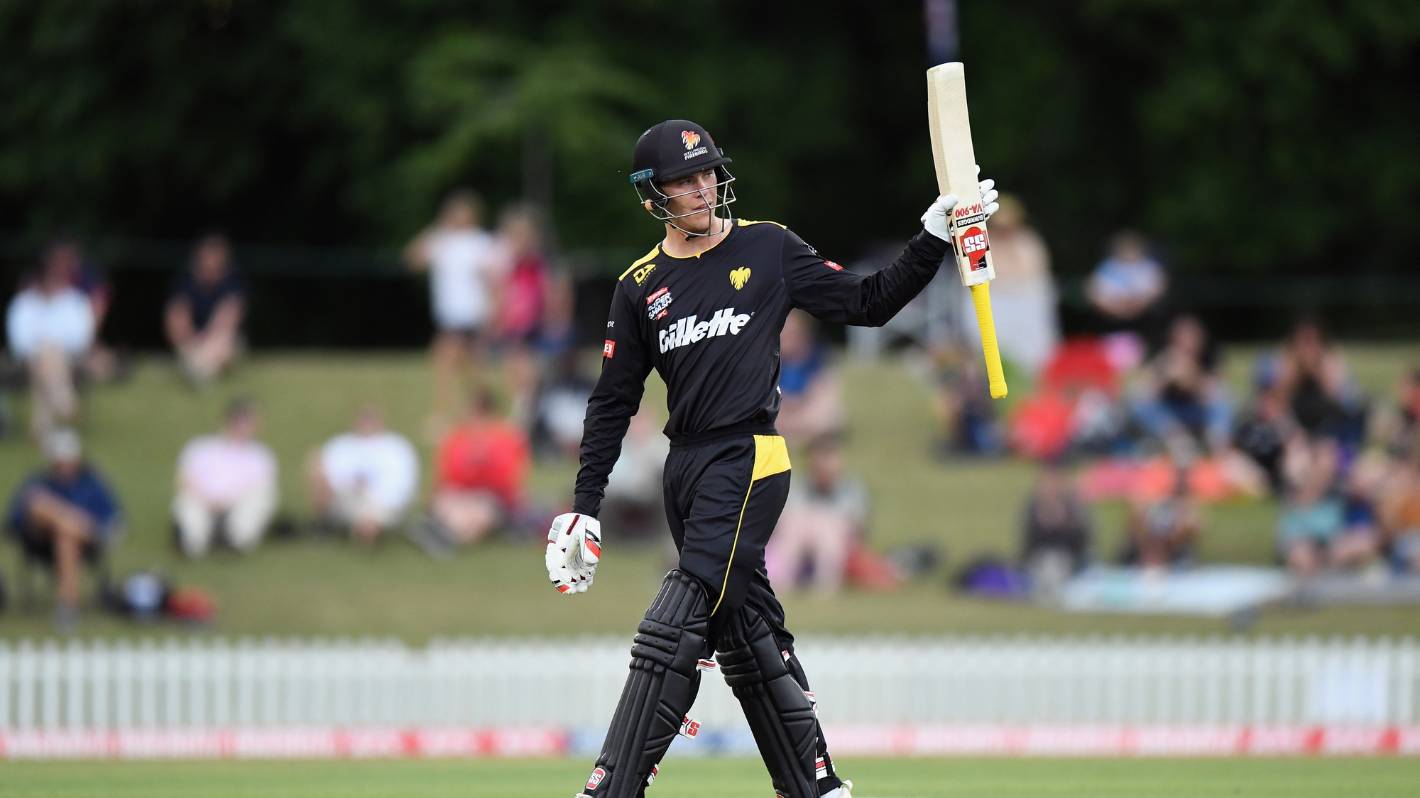 Finn Allen picked up where he left off as the Wellington Firebirds beat the Canterbury Kings to get their Twenty20 Super Smash three-peat quest underway.

New Firebirds recruit Nathan Smith took an acrobatic catch as they started their defence of 177, and they ultimately won by 27 runs at Hagley Oval in Christchurch.

Kings captain Cole McConchie won the toss and chose to bowl first and Firebirds openers Allen and Luke Georgeson quickly made it clear they were after a big total.

Allen hit four sixes on his way to making 57 off 30 balls – including one off the first ball of the match, bowled by Ed Nuttall – while Georgeson made 30 off 22. Together they put on 89 in 8.2 overs for the first wicket.

Nuttall removed them both in the space of three balls, and the Firebirds only ended up adding another 88 from there.

Nuttall finished with 3-31 from his four overs after conceding that first-ball six.

The Kings lost Ken McClure for a second-ball duck in outrageous fashion, when he pulled one out to Smith in the deep on the leg-side, who flicked the ball up as he crossed the boundary then dived to regather it and complete the catch.

Jack Boyle made 31 off 25 at No 3but Canterbury’s chase never got going as they lost wickets at regular intervals.

Tailender WIll Williams made an unbeaten 29 off 17, batting once the result was settled, while Henry Shipley made 25 off 21.

Off-spinner Bracewell took 3-22 from his four overs, including the wicket of his opposite skipper, Cole McConchie, who was stumped at the third attempt by Allen, a part-time wicketkeeper, for a run-a-ball 12.

The men’s Super Smash continues on Sunday when the Otago Volts host the Central Stags in Dunedin.