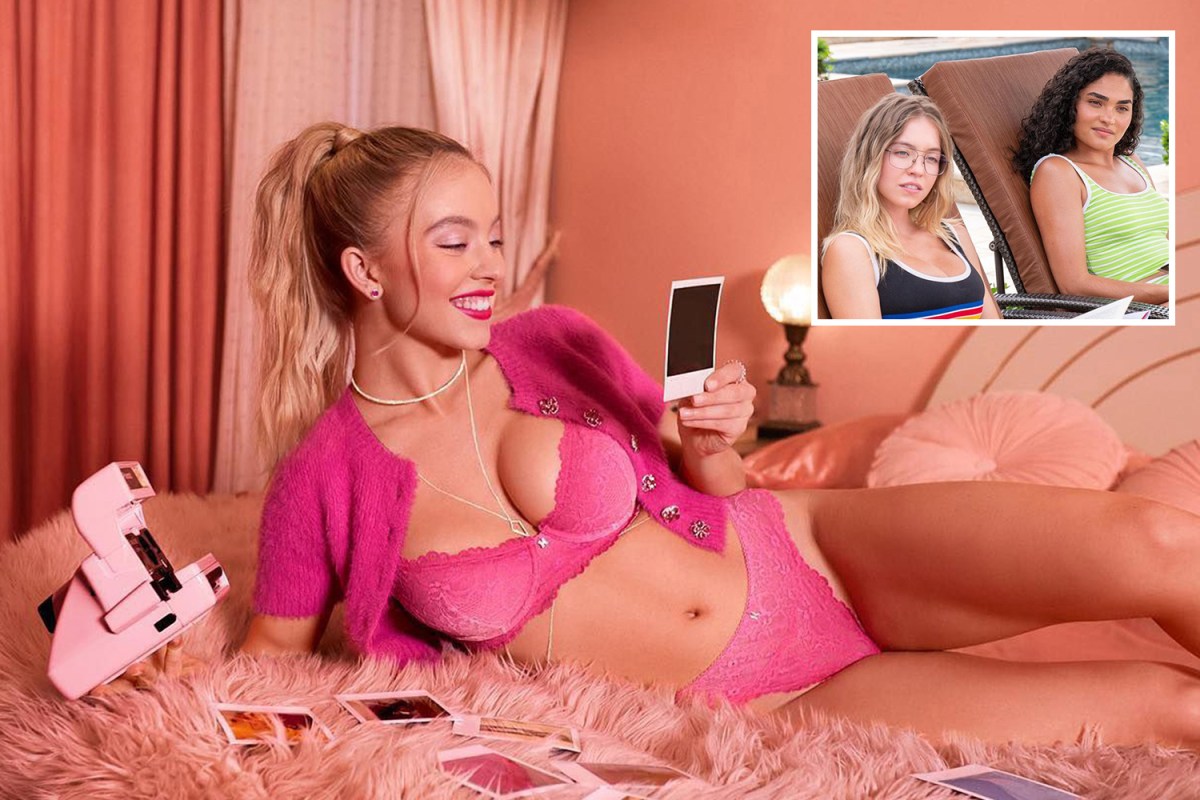 WHITE Lotus star Sydney Sweeney casts an admiring glance at one of her snaps as she celebrates a blooming great year.

The US actress, 24, was named as one of 2021’s top breakthrough entertainers thanks to her role as bitchy Olivia Mossbacher in the US drama.

Sydney wore pink lingerie and cardigan in a photoshoot for Rihanna’s brand Fenty.

She wrote on Instagram: “Thank you Associated Press for naming me one of your top breakthrough entertainers of 2021.”

Sydney has also starred in The Handmaid’s Tale, teen drama Euphoria and Netflix’s Everything Sucks!

The screen goddess’s recent project, The Voyeurs, for Amazon Prime, is just as saucy as previous lingerie snaps.

She plays a woman who, with her partner, becomes obsessed with the sex life of their neighbours over the road.

Earlier this year, Sweeney took to Instagram live to open up about how she was affected by nasty comments on Twitter calling her ‘ugly’.

A tearful Sweeney said, “Apparently I am trending on Twitter right now for being ugly and I would never actually do this like ever but I think it’s really important for people to see how words actually affect people.”

She has an Oz-some future ahead of her.