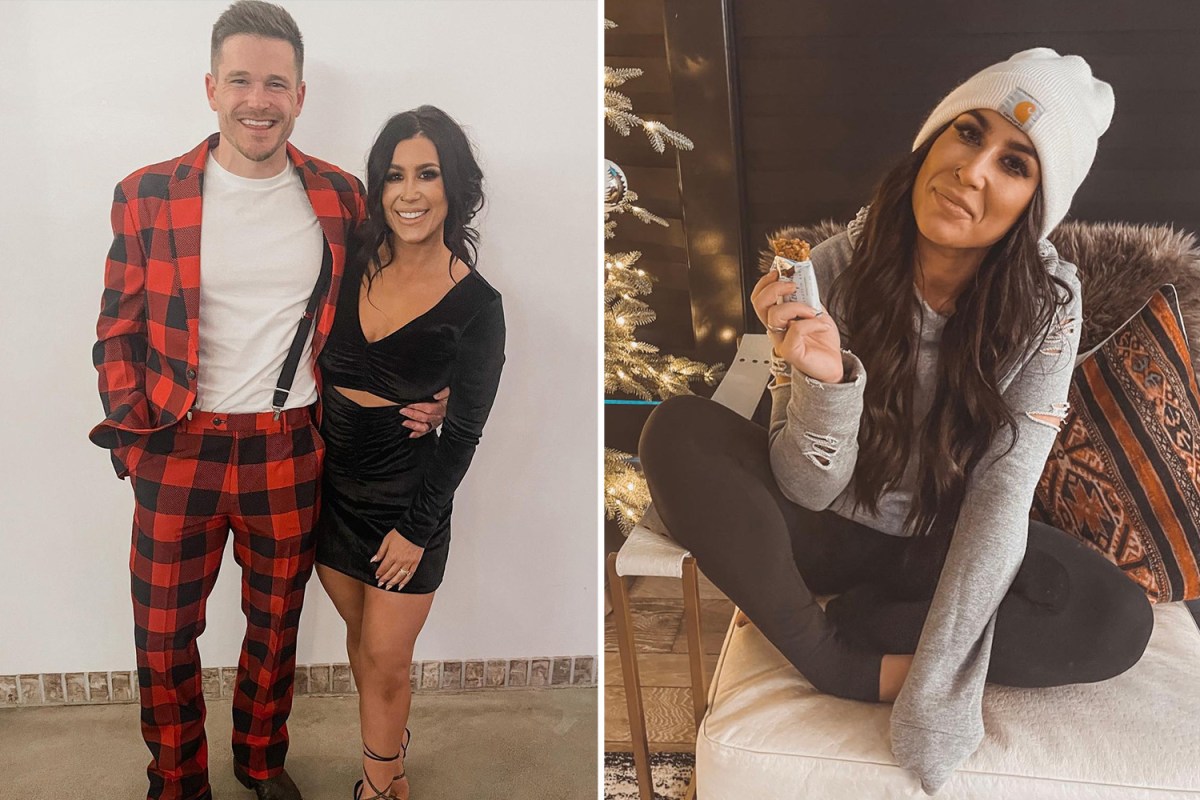 The couple – who tied the knot in 2016 –  dressed to the nines this weekend for a Christmas party.

Chelsea, 30, showed off her tiny frame in a little black dress with a cut out piece at the front.

She completed the look with some gorgeous strappy heels and styled her long dark locks into some loose curls.

The MTV star looked amazing with a face full of glam makeup, including a dramatic smokey eye look, popping highlight and a nude lip.

Chelsea shared an adorable snap of the couple together on Instagram and she captioned the post: “Little @lauriebelles holiday party with this cutie.”

Many fans took to Reddit to praise her look.

One wrote: “She looks gorgeous.”

It comes after the reality favourite showed off her weight loss in skin-tight leggings after fans accused her of ‘blackfishing’ because her skin reportedly looked significantly more tan than her daughters.

She showed off her amazing physique in a series of shots on her Instagram Stories as promoted the release of her “distressed sweater” from her fashion line.

In mid-December, the mom of four snapped a photo of herself alongside her three daughters Aubree, Layne, and Walker.

The controversial snap made its way onto Reddit, where fans questioned the TV personality’s tan.

Teen Mom fans accused her of “blackfishing” and how she reportedly attempted to appear from another race.

Meanwhile the star looked unrecognizable in a throwback photo from the MTV series which showed the alum sporting blond locks “with feathers in her hair.”

Chelsea and her husband, Cole DeBoer started dating in 2014.

Her baby daddy Adam Lind is the father to her daughter Aubree, 12.