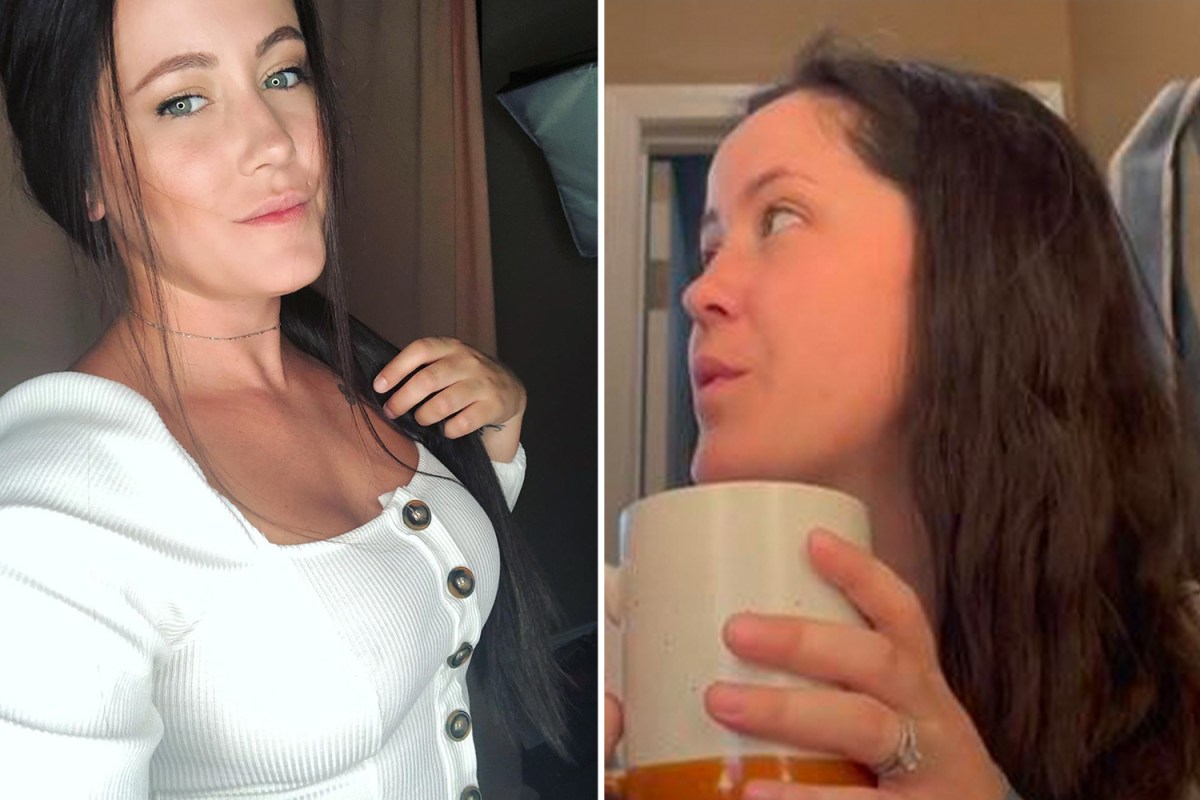 FANS claimed Jenelle Evans was wearing a WIG in a new photo.

Jenelle, 30, recently posted a vlog called “Birthday Girl” to her YouTube that celebrated her daughter Ensley – whom she shares with husband David Eason, 33 – turning five.

In the video, Jenelle made coffee which she proceeded to sip in her bathroom while David was “naked” after showering, and she told viewers her drink was “so good.”

The MTV star then pulled at strands of her thin hair and remarked: “Ya’ll see how many gray hairs I have? That’s from these damn kids stressing me out.”

She then did her hair and makeup off-camera, returning to say: “Now I got my makeup ready, hair ready – I look so good, I think.”

While some fans noticed Jenelle’s messy closet in the vlog, a few trolls honed in on her hair and claimed she was wearing a wig or “topper.”

A Reddit thread titled “Is that a wig or is that a wig?” unfurled over the star who’s denied extensions before.

“Damn. Good catch,” one Reddit user wrote under the thread.

“Y’all that’s a topper,” chimed in a second. They specified, “It typically has clips that you attach an inch or two behind your hairline.

I can tell because of the texture of her bio hair and the hair on the topper. It’s different. Her hair is fine , not as coarse.

I’m an avid wig wearer and used to wear toppers/extensions when I had hair. It’s easy to spot.”

“Looks like a topper to me, same thing as Chelsea [DeBoer] wears!” wrote another harsh critic, linking to their alleged proof.

“She wears clip in extensions. That’s why her scalp is thinning in the front and looks thicker in the back because she is putting the clip ins more towards the back.”

Another user argued: “I don’t think it’s a wig, but her hair looks so nasty to me, like long & stringy… idk, I hate it. I think she should do shoulder length..& dark”

The Teen Mom 2 alum has brushed back hair extension rumors in the past.

In 2020 she was targeted by trolls after showing off her long, dark locks in two snaps on Instagram.

One of her followers claimed: “You can see the hair extensions in front of your hair- pulled up wrong! Just sayin.”

Another troll added: “She tries to claim it’s her real hair but its been proven time and time again that they are extensions.”

Jenelle then tagged her hairdresser and told fans to ask her if her hair was real.

The mother-of-three claimed she’s considering donating her tresses to Locks Of Love, a charity that makes wigs from human hair for children who don’t have hair due to a medical condition.

“I’m actually thinking about donating it to Locks of Love,” the Teen Mom star said.

Jenelle does like to jokingly fan the flames of speculation generally – as the mother of three recently teased that she had gotten lip fillers for herself.

Jenelle is the mother to Ensley with David, 7-year-old son Kaiser with ex Nathan Griffith, and Jace, 12, with Andrew Lewis.