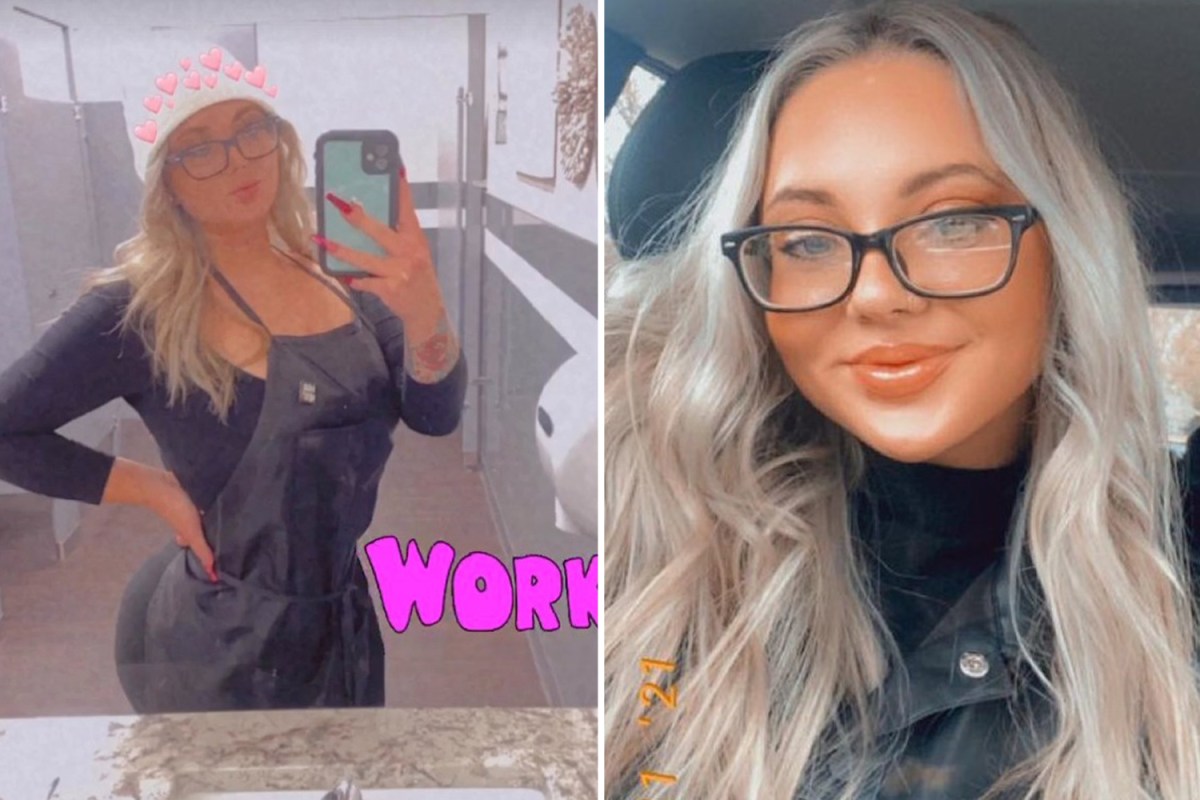 TEEN Mom 2 star Jade Cline showed off her curves while at work in a new photo.

The 24-year-old flaunted her physique after her butt lift, boob job and liposuction.

Jade took to her Instagram Story on Tuesday to share a mirror selfie, which captured the MTV star sporting an all-black look complete with a apron.

She rested her hand on her hip, while her booty and curves were on full display as she pouted for the camera.

The Teen Mom 2 star completed the look with a white bucket hat, while her long nails were painted dark red.

She made it clear she was at work when the photo was taken by adding a pink sticker that read, “Work.”

Earlier this month, the young mother continued her makeover as she revealed her new “bite me” tattoo.

Jade hasn’t been shy about showing off her curves as she continues to alter her appearance by going under the knife.

JADE GOES UNDER THE KNIFE

Just months ago, the MTV star had fat transferred to her breasts, while she has also had a Brazilian butt lift and liposuction in her plastic surgery transformation.

Jade opened up about her “boob job” back in May, as she told fans: “No implants, just some fat transferred.

While the Teen Mom 2 star expected some pain after her Brazilian butt lift procedure, she admitted the recovery process was even worse than she imagined.

During a previous episode of her podcast Jay & Kay Unfiltered, Jade said: “I saw so many people I knew that were having BBLs, and I was so impressed and astonished at the shapes of their bodies.”

She described the surgery as being “painful,” adding that it took some “unexpected turns.”

The mom of one said: “It was 10 times worse than childbirth.

“Everyone is different, but I know that my body definitely had a hard time recovering.”

Meanwhile, Jade’s Brazilian butt lift procedure and recovery process was heavily documented on the most recent season of Teen Mom 2.

The TV personality broke down in tears as she admitted she thought she was “going to die” and “was blue from lack of oxygen” after the plastic surgery during the reunion special.

Jade thanked her co-star Briana DeJesus, 27, for nursing her back to health after the surgery.

Both TV stars admitted that they thought Jade was going to “die” because she looked “blue,” which caused Briana to step in and help.

Despite the tough recovery process, Jade appears to be happy with the results from her surgeries as she regularly shares sexy snaps on Instagram.

Jade is the mother to three-year-old daughter Kloie with ex Sean Austin.