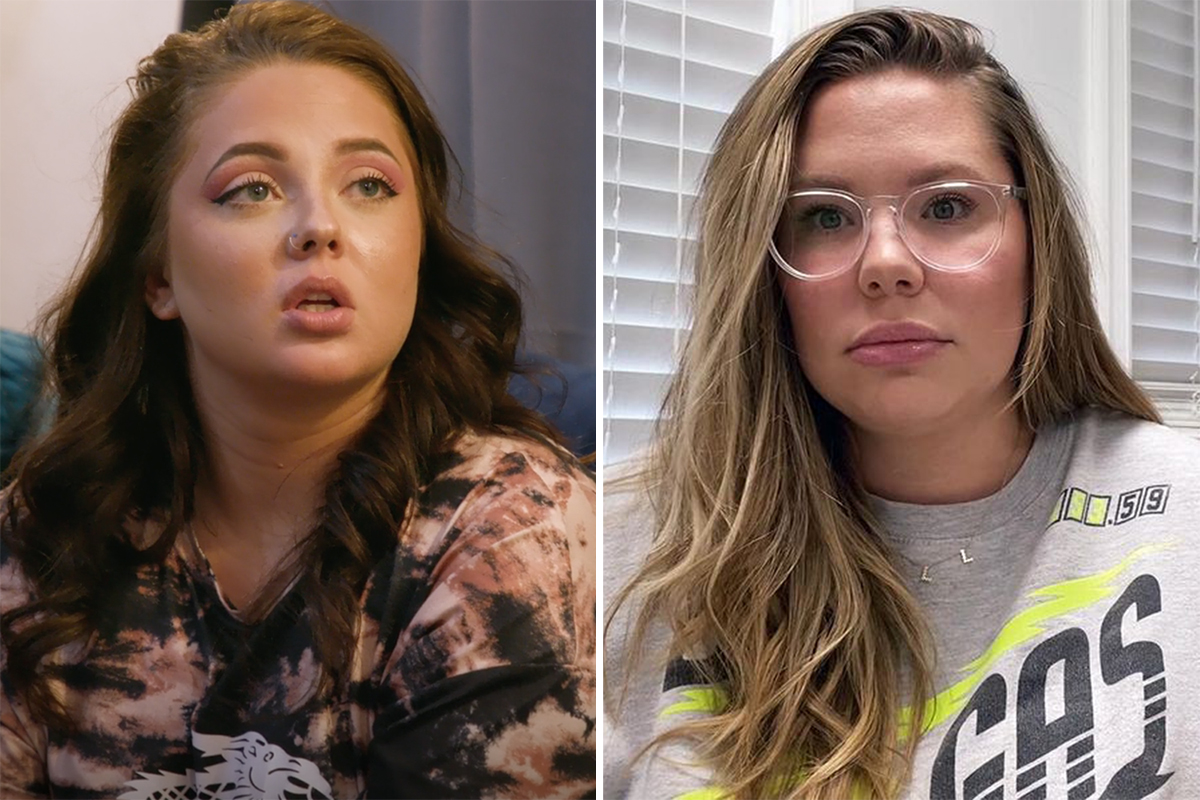 JADE Cline ripped Kailyn Lowry and claimed she “doesn’t like her” because of her friendship with Briana DeJesus.

Teen Mom 2 fans were pleased to see the star reconcile her feud with co-star Ashley Jones on the new Family Reunion special, despite ongoing tension with Kailyn.

Jade, 24, took to her Instagram Stories on Tuesday to hold a Q&A with fans about the most recent Teen Mom Family Reunion episode.

After one fan wrote: “Glad y’all [Ashley Jones] was able to make amends also hate how Kail judges you and talks about you on her podcast,” the reality star decided to reply.

“Same! You can see our growth and yeah she’s weird for that,” she slammed, adding: “She just doesn’t like me because I’m friends with Bri lol oh well.”

Jade and Kailyn, 29, have been neck and neck in a raging feud as they’ve continuously thrown shade at one another amid the release of the new series.

Earlier this week, the mother of one trolled her co-star in a new TikTok video as the pair continue to battle.

The younger of the two posted a selfie video of her mouthing some shady words to Kail.

Getting right up into the camera lens, the young mom rolled her eyes and looked unfazed by her ex-friend.

She mouthed along as the backing audio said: “Talking about some, ‘I don’t f**k with her.’

Fans were happy to see her clapping back at Kailyn, one follower commenting: “Yes sis! Say it louder!”

A third said: “You’re everything! Literally my fav on the whole show!”

Last week, Kailyn slammed Jade after seeing her and enemy Briana DeJesus “gang up” on Ashley Jones in a nasty fight on the Family Reunion spinoff.

During the premiere, Briana, 27, Jade, and Ashley, also 24, got into a heated argument, which eventually turned nasty.

While critiquing the installment, Kailyn said on her Coffee Convos podcast: “I wrote down, ‘Jade is off the wall and I can’t stand her.’”

“I wrote down in my notes that Jade needs to shut up. This was not about you, this was about Briana and Ashley.”

The MTV star continued: “Just needed to let Briana handle her own s**t for once.

“But, then again, Briana’s sister Brittany wasn’t there, and Briana doesn’t know how to handle anything without someone backing her up.”

She concluded: “They ganged up on Ashley and I think had I been there, I think that Briana would’ve screamed something about me.”

However, Jade and Ashley seemed to be on the mend during Tuesday’s episode, as the girls were seen carelessly twerking together and smiling.

Before the dancing duo did their thing, Ashley’s now-husband Bar Smith and Brittany, Briana DeJesus’ sister, hyped them up.

“Is everyone getting along so great?” Brittany asked as she directed the camera towards Jade and Ashley, who got up from their deck chairs.

“We’re getting along,” Ashley answered, then asked Jade: “Should we twerk to show them we’re good?”