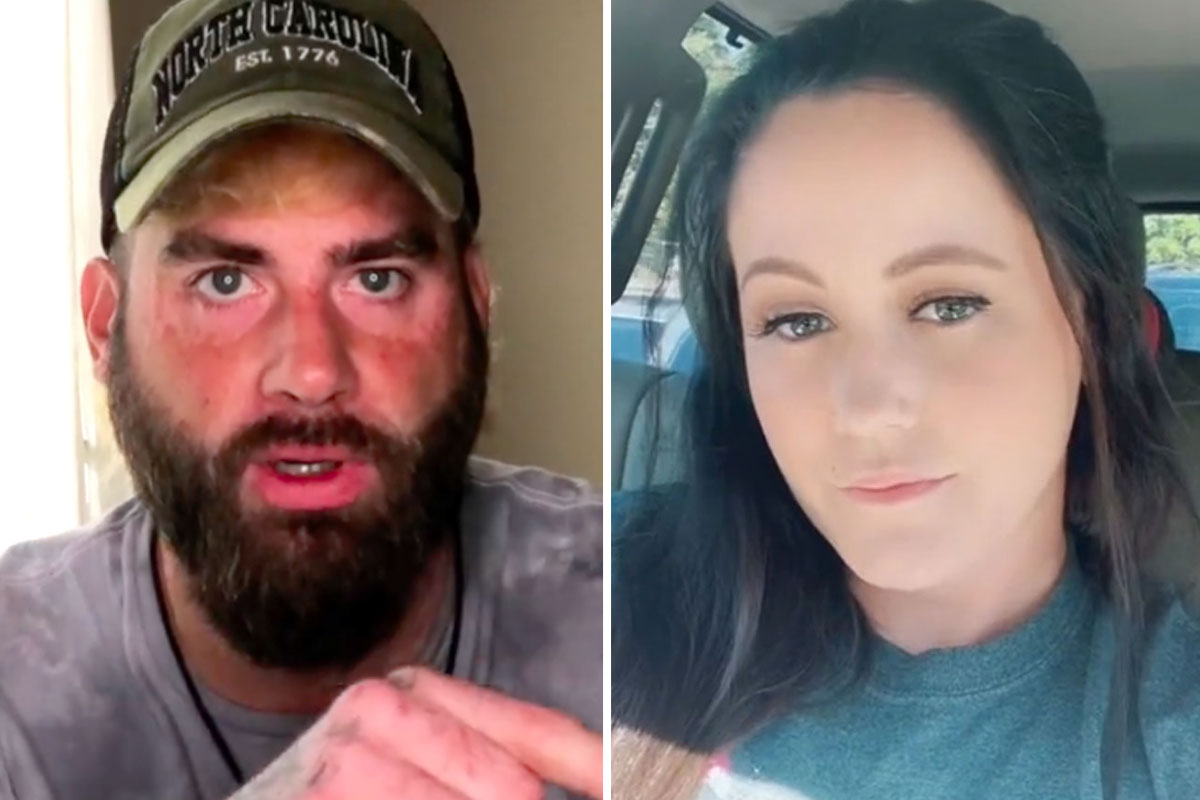 TEEN Mom Jenelle Evans’ husband, David Eason, has been arrested for “driving with a revoked license” among other charges, according to a report.

The controversial star has had many run-ins with the law in the past.

According to the Columbus County Sheriff Department, the 33-year-old was cuffed late Friday night and was slapped with three charges – he is scheduled to be in court on February 9, 2022.

One of the charges is reported to be Driving With License Revoked, something he had already been charged with back in July 2020 in a separate incident.

It is also reported that the former TV star was charged with Possession of an Open Container in the passenger area of the car as well as driving with expired tags and/or registration, and driving with excessive speed.

According to court records, David is said to have been tested on the scene to see if he was driving under the influence, but he passed the test.

David is said to have bonded out a few hours after he was arrested.

Back in May, Jenelle, 29, accidentally admitted David had lost his driver’s license as she hit back at a troll.

In the comments section of one of her TikTok videos, the Teen Mom 2 alum said: “How do you lose a license from unpaid child support?! That’s the stupidest thing I’ve ever heard. Dave had an unpaid seatbelt ticket.

“In the state of NC, they will SUSPEND your license until you pay your tickets off. So it was never revoked and only suspended for 2 days.”

The troll remarked: “Oh so now you’re admitting he lost his license.”

The license troubles for David go back about a year, as according to a court clerk for Columbus County, North Carolina, he was pulled over for speeding in 2020 and was found to be driving with a revoked license.

He was written up for both offenses.

This is not the first time that the father of three has been arrested, as back in 2020 he failed to show up in court for misdemeanor charge against him.

He was then arrested and charged with Assault with a Deadly Weapon after he allegedly hit one of Jenelle’s friends “in the back of the neck and on his back with the handgun.”

In 2016, the MTV alum was also arrested for violating a domestic violence protective order against him after his second baby Olivia Leedham had filed the order – the exes share son Kaden.

This isn’t the only bad bit of news for Jenelle and her family, as all this comes after the mom of three learned her clothing line, which was ready to be launched on November 17th, has been dropped.

Jenelle shared the news with fans in a recent video, which had her sobbing.