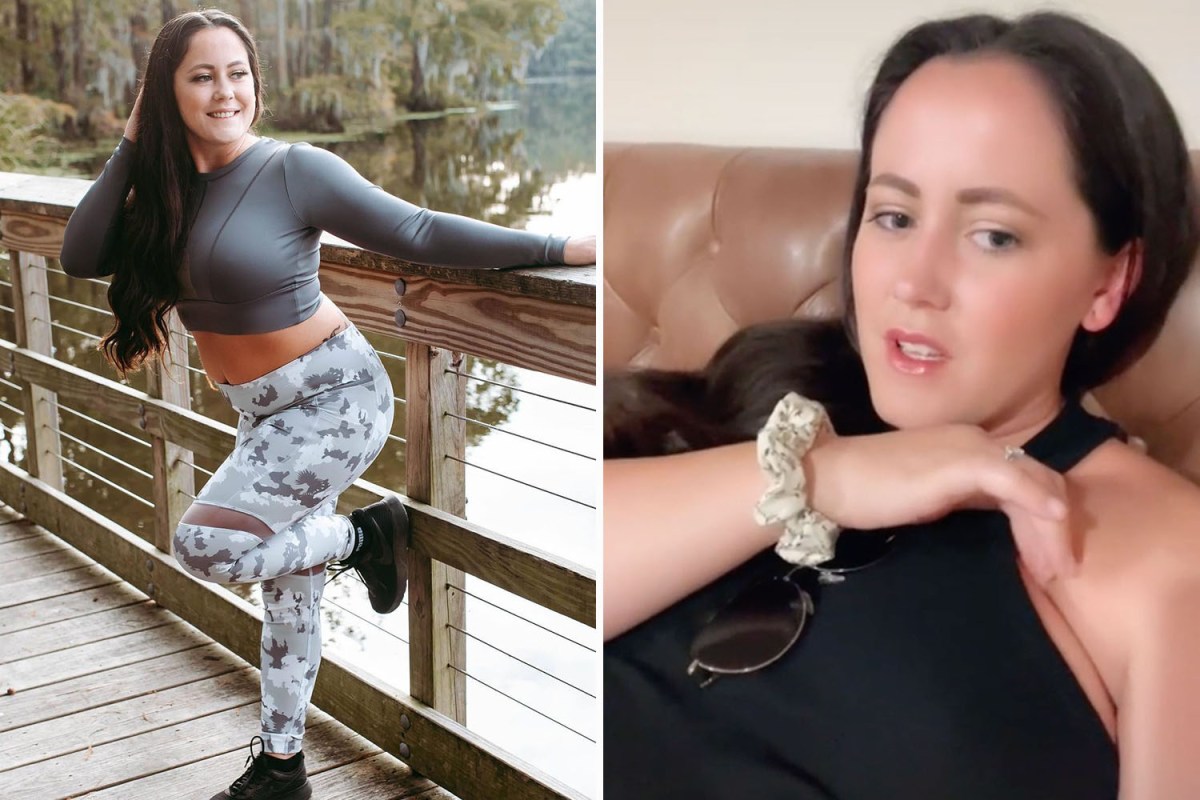 JENELLE Evans has faced backlash after launching a new line of fitness clothes despite choosing to not “work out.”

The Teen Mom 2 star has embraced her newfound curves over the last year despite facing body-shamers online.

The reality star posed in a pair of leggings from the brand that featured a design of camo-print gray with mesh cutout stripes above the knee.

The TV personality paired the look with a long-sleeved workout top and Puma sneakers as she modeled on a lakefront boardwalk.

Jenelle captioned her post: “My big secret I’ve been working on that I can finally announce!

“Soon I will be launching new activewear / loungewear clothing line! Each piece has be specifically designed with moms in mind: high waisted, great quality fabric, and printed on demand,” she explained.

“My collection #StayCozy will be available Nov. 17th! 💗 #SaveTheDate.”

Jenelle also took to her stories to share a video of her doing planks, push-ups, and jackknives while wearing a light blue set from the collection.

The mother of three smiled at the camera while breaking out into mountain climbers with her long dark hair flying around her head.

“New clothing line coming soon,” she teased in the caption.

However, fans were shocked that Jenelle would be launching a fitness line, as she’s previously made it clear that she doesn’t “work out” and instead has embraced her fuller figure.

Many took to Reddit to complain about her new venture, slamming her as “inactive.”

“I have zero interest in buying activewear from someone who clearly… doesn’t live a healthy and active lifestyle?” one ranted.

“I would respect this more if she was actually… active? (Tiktok choreography doesn’t count)” a second expressed.

A third reasoned: “One would think she would’ve been more active while the line was being produced. That way when she announced the line, it would make sense.”

“Activewear from someone who is never active? Ooookay Jenelle,” a fourth complained, while a final joked: “Inactivewear. Reactivewear.”

Jenelle has been a spokesperson for body positivity on social media and TikTok, clapping back at haters who have trolled her weight gain over the past couple of years.

The MTV star shared a video last week that provided words of encouragement for her fans.

The controversial mother lipsynced the lyrics: “She don’t see her perfect. She don’t understand she’s worth it or that beauty goes deeper than the surface.”

Jenelle captioned the video: “Reminder: don’t be so hard on yourself.”

Over the summer, the Teen Mom alum shared constant bikini photos as she enjoyed the warm weather with her family.

However, some of her followers have been relentless about her “weight gain.”

In September, Jenelle announced she was making adjustments for a “healthier” lifestyle while posing in a white leopard print bikini.

She wrote alongside the snaps: “Eating healthier lately! Cut out a lot of fast food, soda, and bread.

“I haven’t been trying, but I am losing weight without working out! Feeling great lately,” she admitted, contradicting her new activewear line.

“Focusing more on my mental health and body has been more than amazing and very rewarding in my opinion.”