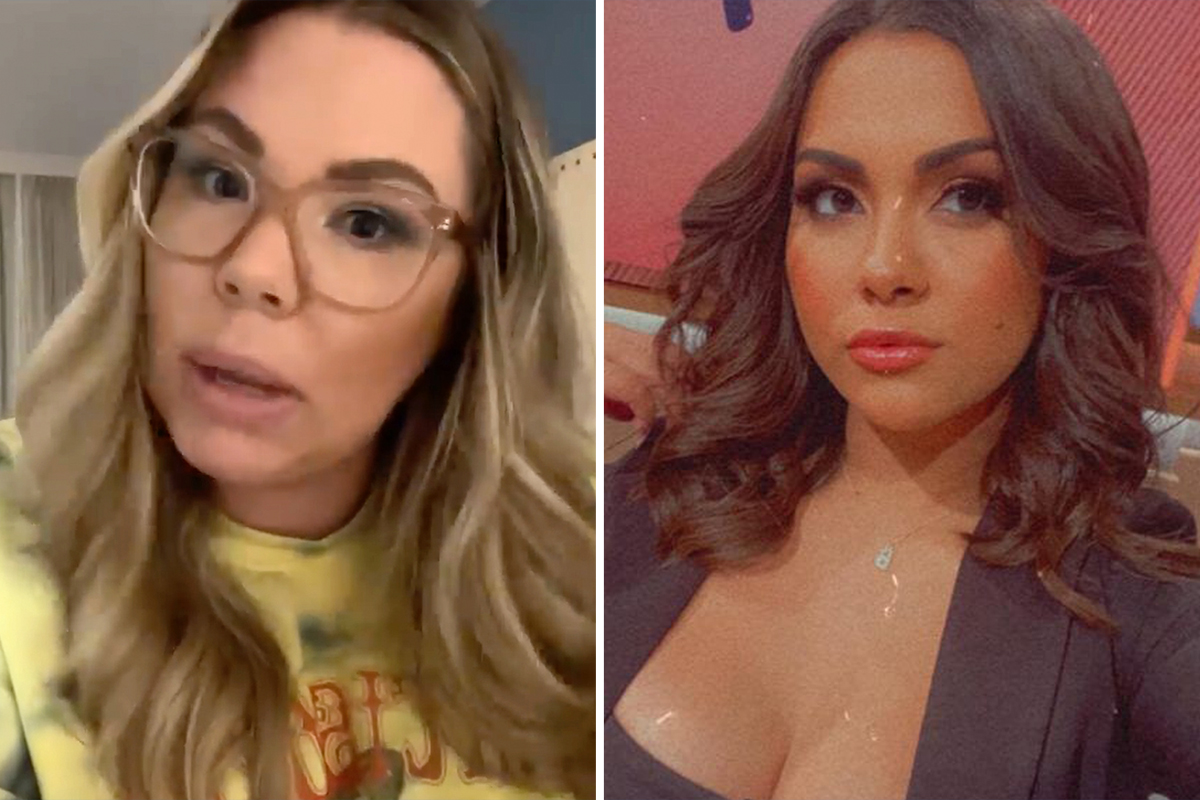 TEEN Mom star Kailyn Lowry claimed that Briana DeJesus had sent her a treadmill as a mean body-shaming jab during their nasty feud as their court date approaches.

Kailyn, 29. revealed what she has done with the treadmill in an Instagram Story.

The Teen Mom star had put the exercise equipment in the “dog room.”

In the short clip, the treadmill was still inside its open box and had not been put together.

The MTV star thanked Briana, also known as Briana Soto, “for the treadmill.”

She added: “My dogs will love it.”

Kailyn joked about being “lazy” and how she did not “have to walk” the dogs by herself.

In the following story, the reality star also asked her followers if the treadmill should be on the left or right side of “the dog bath.”

As of this time, most of the fans picked the right side.

Recently, The Ashley’s Reality Roundup reported that Briana had allegedly sent Kailyn a treadmill before their court date was approaching.

According to new court documents, Kailyn was upset when the treadmill from Briana had arrived at her home.

In an email to Kailyn’s attorney, Briana’s attorney claimed that the treadmill “seems like an awfully expensive thing to send to someone as an insult.”

“If Ms. Lowry doesn’t want it, I could stand to lose a few pounds myself,” Briana’s attorney jokingly added.

Back in June, Kailyn had sued Briana for defamation after claiming her co-star “asserted that Kailyn physically beat Christopher Lopez, the father of two of Lowry’s sons, and broke into and entered the home of Mr. Lopez’s mother.”

The hearing was supposed to rule on Briana’s anti-SLAPP motion, which protected a person’s freedom of speech, which was filed back in August for the case to be dismissed.

The drama began when Kailyn was excluded from the June 8, 2021 episode Teen Mom 2.

After the episode aired, Briana claimed Kailyn’s absence was due to her allegedly committing “violent, physical crimes towards Mr. Lopez.

“Defendant also asserted that Lowry was arrested for breaking and entering into the home of Mr. Lopez’s mother.”

However, Kailyn clapped back and argued that she did not break into Chris’ mother’s home or beat him up.

She claimed the statements “threaten” her “ability to earn a living” and requested $30,000, reasonable costs and attorneys’ fees, and a jury trial.

He also requested the entire lawsuit to be dismissed and argued: “It is meritless and directed exclusively at a protected speech on a matter of public concern brought for the purpose of harassing and trying to silence a critic.”

Briana is the mother of Nova, 10, with Devoin Austin, and Stella, 4, with Luis Hernandez.

Kailyn shares sons Lux, four, and Creed, one, with her former partner, Chris.

She also has Isaac, 11, with Jo Rivera and Lincoln seven, with Javi Marroquin.