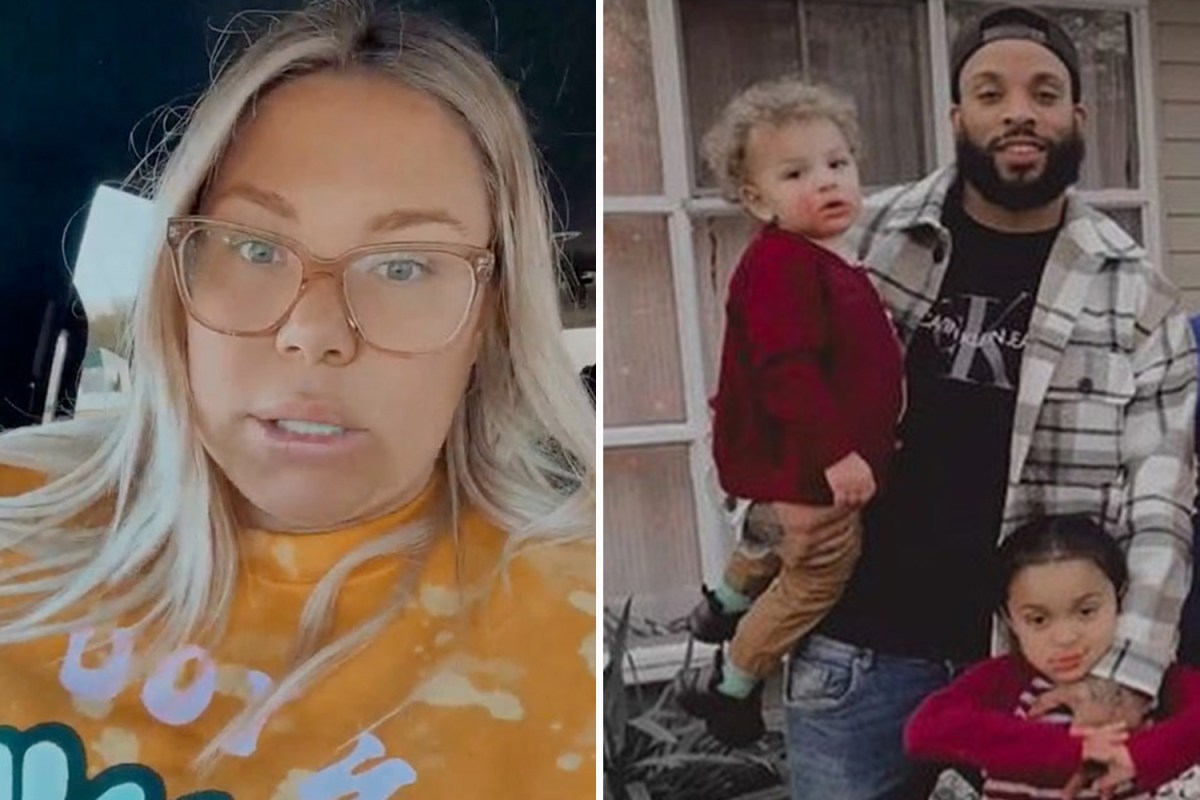 CHRIS Lopez has been slammed for letting his one-year-old son Creed pose for a family photo with “stains” on his face.

Teen Mom 2 fans noticed that Creed – who Chris was cradling in his arms – had what looked like a red smear down his cheek and chin.

Chris was posing with Creed on his hip and his other son Lux, three – both of whom he shares with ex Kailyn Lowry – standing in front of him in the photo.

Critics slammed the 26-year-old for allowing Creed to look like a “mess” in the snap.

One wrote, “Damn. Couldn’t they’ve cleaned up Creed a bit?” while another asked: “What is on Creed’s face?”

A third commented: ” Just saying I have never seen Kail’s look a mess when they are with her.”

Some wondered if that mark was a rash, while others thought it could be a “popsicle or juice stain”.

It comes after Chris claimed that he was banned from filming with Creed or Lux for the upcoming season of Teen Mom 2.

During an Instagram Live, a fan asked: “Are you filming with your kids at all?”

Chris replied: “I told y’all I was told I can’t, somebody told me I can’t film with my kids. So I’m not filming with my kids.”

MTV had allegedly hired Chris for the show without telling Kailyn and she berated the network for how they “handled” the situation.

Kailyn and Chris’ relationship has been tense for years, even resulting in a child custody court hearing.

Back in September, Kailyn claimed Chris is having another son with another woman.

She wrote on Instagram at the time: “Congratulations to Chris & his new family. So exciting for the boys to have a new sibling to love.”

In September of 2020, Kailyn was also arrested after “punching Chris several times with a closed fist” after he cut Lux’s hair without her permission.

Meanwhile, in October, Kailyn accused him of partying in Miami instead of paying Creed’s medical bills.

Kailyn lashed out at her baby daddy – who appeared to be on vacation in Florida with friends – in a lengthy rant on her Instagram Stories.

She said: “You should take care of your financial obligations to your children before going on a trip to Miami.

The mother-of-four went on: “Just because I have it financially does mean that I should be responsible by myself.

“So as a parent, if you’re planning on going out, make sure that your kids are taken care of first.”

She then shared screenshots of the alleged cash requests she sent to Chris for Creed’s medical attention.

One was a $50 cash request called “Creed doctor and chest X-rays” from September 30, which was apparently declined.