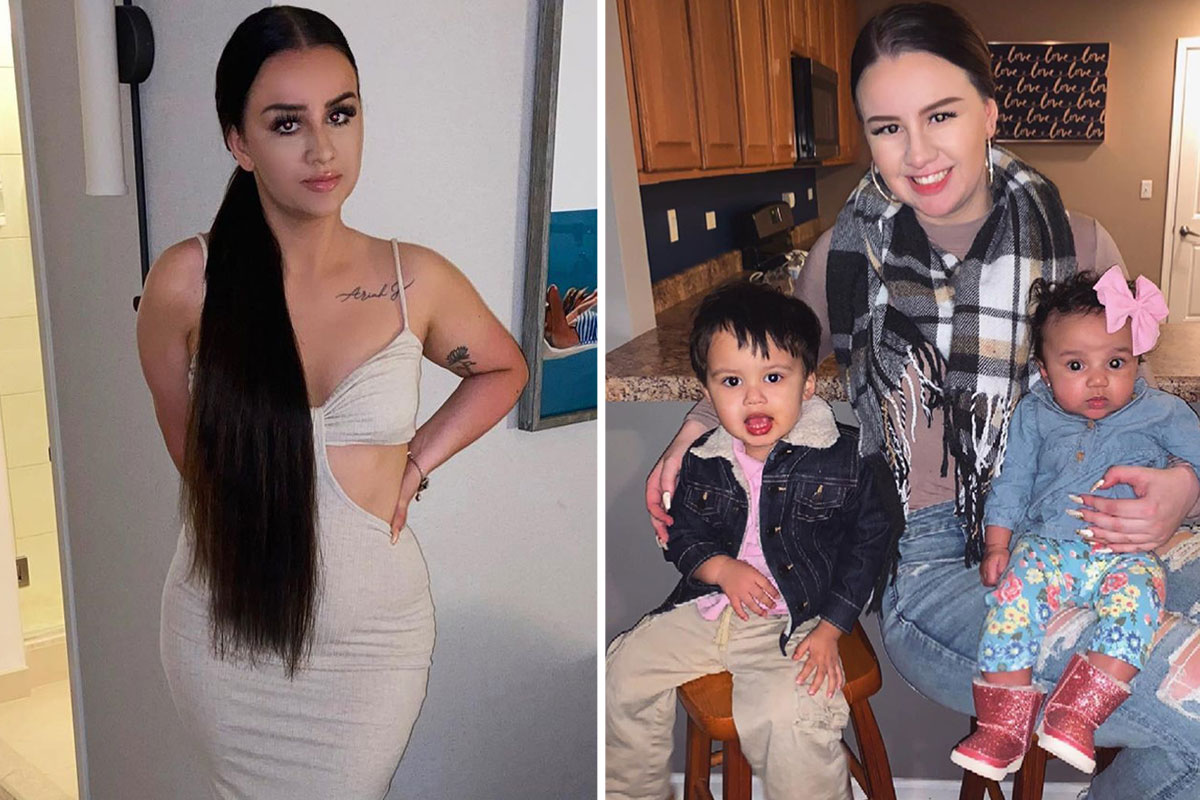 TEEN Mom Kayla Sessler’s fans are speculating she may be “hiding” her baby bump after the star revealed she’s expecting her third child.

This comes after the reality star stunned viewers by claiming her second baby daddy Luke Davis cheated on her.

The 22-year-old took to Instagram to post the snap which has her posing in a skintight dress with plunging neckline and cutouts to show off her some of her waist.

In the pic, Kayla’s long hair covers her stomach as she stands with one hand on her hip.

However, some people had their own ideas as they took to the comments section to speculate.

One person wrote: “Hair hiding something” as another chimed in, “she looks good, but kind of preggers.”

A third user added: “Are you pregnant?”

While Kayla did not respond, she is already a mom to 4-year-old Izaiah with ex Stephan Alexander, and 2-year-old daughter Ariah with boyfriend Luke.

Back in August, Kayla shocked audiences when she shared at the end of the Young & Pregnant trailer: “So I’m pregnant again,” – although she has not touched on the subject again.

Recently, the MTV star sat down with Luke’s mother, Noopie, to share some eye-opening claims.

Kayla allege Luke cheated on her with a woman he picked up at a bar just months after Kayla was pregnant with Ariah.

The reality star told Noopie that things “haven’t gotten much better with Luke,” and that the pair “wanted to see a couple’s counselor.”

She claimed: “He was never really there, like helping me with Ariah. He would go to the bars and wouldn’t get home until three in the morning.

“You know, I just had a baby and he wasn’t really willing to help.”

Luke’s mother sympathetically replied: “Oh, I don’t think I got that part of the story the other day.”

Kayla continued: “The past Luke was just not very faithful… like, the worst you can do.”

The TV personality then launched into a story and shared with audiences that back when she was a month or two pregnant with Ariah, Luke had gone out to a bar with a friend.

However, eventually Kayla saw on Luke’s Instagram “that the girl had messaged him about them sleeping together.”

Kayla said: “To me, it’s just very embarrassing. I got pregnant twice, and I got cheated on twice, and it’s just humiliating.”

She added: “I don’t know if I’ll ever be able to forgive him.

It’s not yet known who the father of Kayla’s unborn child is, however, she also does not have a good relationship with Stephan.

Earlier this year she claimed she received a child support check for $11 from Stephan.