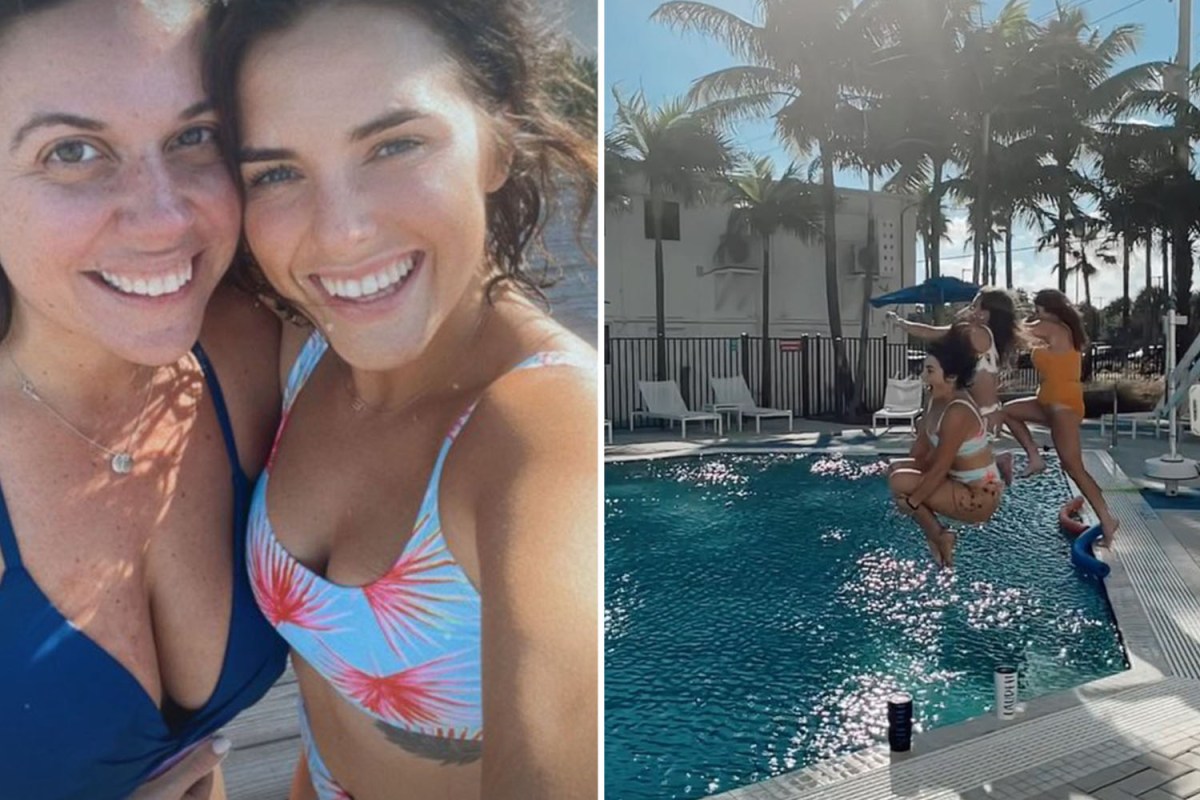 LAUREN Comeau celebrated her 30th birthday in style with friends on a wild Florida vacation.

The Teen Mom star shared some of photos of her and her gal pals tearing up Lauderdale-by-the-sea.

In one of the photos, Lauren and a friend literally “jumped into 30” by filming themselves in slow-motion cannonballing into a pool.

Other pics featured her friends glamming for selfies, and views of the beach from their balcony.

Lauren captioned one of the snaps with a personal poem for the next year: “Spend precious moments with the ones that I hold dear/Make up for lost time here/ In my next 30 years.”

The fun vacation is likely a welcome diversion from the ongoing bickering amongst some of her show mates.

Javi is also Kailyn Lowry’s ex, and the drama between Lauren and Kailyn is palpable.

Back in September, fellow Teen Mom 2 star Kailyn Lowry, 29, had accused Lauren of calling her a “fat f**k.”

In her Instagram Stories, Kailyn called out Lauren and her baby daddy Chris Lopez for calling her mean-spirited names.

She gave the camera a very serious look while she was sitting inside the car.

The TV star captioned her shot: “Shout out to Chris & Lauren for calling me a fat f**k, fat POS and told me to get running.”

She concluded: “See ya’ll soon,” with a kissy face emoji.

‘SOMEONE THAT SHE’S NOT’

In response, Javi took to an Instagram Live session to slam his ex-wife.

While addressing his followers, Javi said: “That s**t that happened months ago is over with. I’m so heated. Time for everybody to grow up. Stop talking about each other.”

He continued: “I feel bad for Chris and Lauren at this point. The s**t is over with. There’s so much s**t that everybody did when that mess was going on. We got over it. People moved on. Nobody talks about each other.”

Javi said he would not allow Kailyn to make his second baby mama turn out to be “someone that she’s not.”

He then pointed out that his and Kailyn’s son Lincoln, seven, is old enough to read and can easily learn about the drama.

Javi continued: “I’m tired of my son living in this f**ked up world and this is why I stopped filming and I refuse to go back to this life.”

In another response, Kailyn made another video and further explained the feud with Lauren.

Kailyn mentioned that she was “affected” by Lauren’s comments and that fat-shaming is more “personal” than name-calling.

She continued: “I’m not saying that any of it’s okay, but this is something that has motivated me and has been on my mind for several weeks now.”