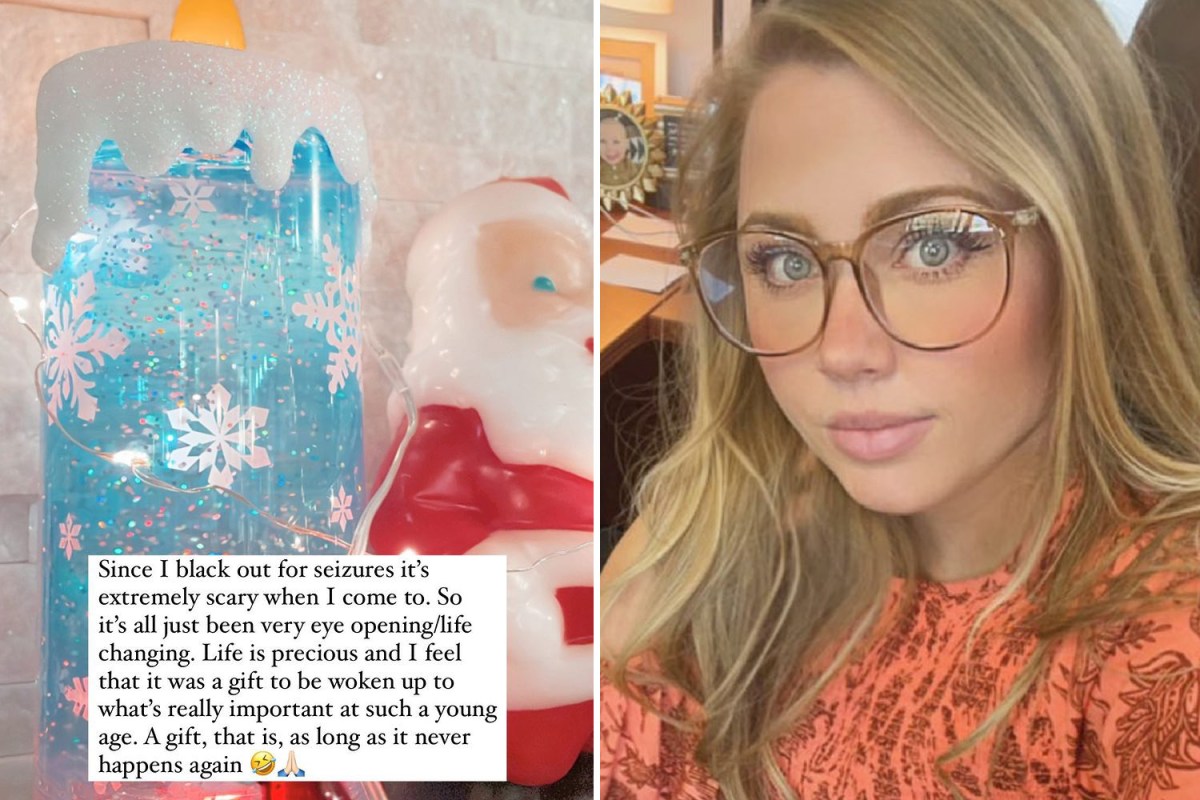 TEEN Mom star Sunny Johnston revealed that she was rushed to the hospital because she had two seizures after trying a new pre-workout and being misdiagnosed.

Fortunately, she is back home and on the mend after the scary incident.

Sunny, 29, shared the harrowing details in a series of posts on her Instagram Story.

She wrote: “Ever since my post yesterday I’ve received messages asking what happened. I figured the people watching my story were all the same people, but I guess not!

“So I tried a new pre-workout last week and it put me into a seizure.”

Sunny continued: “But at the time, I did not know what happened to me at all. So the doctor I saw assumed I had an allergic reaction to the new pre-workout and gave me a cocktail of pills that put me into another seizure.

“At that point I was relocated to the hospital and was being monitored, had an MRI and EEG. They ruled out the scary stuff. Anyway!”

She went on to say: “Since I black out for seizures it’s extremely scary when I come to. So it’s all just been very eye opening/life changing.

“Life is precious and I feel that it was a gift to be woken up to what’s really important at such a young age. A gift, that is, as long as it never happens again.”

Sunny then shared a screen grab of apparent side effects of Nexplanon, a birth control implant.

Among the side effects listed was seizures.

She captioned the post: “First things first! Get this thing cut out.”

In another post she explained that the implant is good “for 3-5 years,” adding that she was posting it to be “helpful.”

Sunny posted a photo of her daughter rolling out dough while sitting on a counter.

She gushed in the caption: “This is what it’s all about.”

Family has long been a focus in Sunny’s life.

In September, she brought fans inside daughter Breeze’s birthday bash.

The MTV alum shared several behind-the-scenes photos from the party, which brought family and friends together to celebrate.

One photo showed Breeze posing alongside a space-themed table decorated with silver stars and balloons that looked like planets.

Constellation covered plates, napkins and cups were set out around the cake, which was decorated with an astronaut theme.

The cake was situated at the center of the table for decoration.

Breeze smiled toward a massive astronaut balloon that tilted its head toward a sign that read: “Happy Birthday.”

In other phots, she posed with friends, all of whom wore light-up sunglasses and played in the yard.

The group, which consisted of several girls, appeared entertained as they took part in a number of activities.

Sunny captioned the post: “Houston, we have a 9 year old.”

Fans gushed over the party and sent Breeze well wishes in the comments.

She was previously in hot water after her step-son Tripp, Bristol Palin’s son, wound up sick and in the hospital.

Sunny shared a post of Breeze and the bear moments after she shot and killed it.

She captioned the post: “Thank you for your life Mr. Black bear.

“My little 8 year old huntress got a great shot in all by herself after realizing she wasn’t ready, she stopped, took a deep breath and only then she regrounded and pulled the trigger.

“I’m very proud of her patience and persistence with this although I would have cried as a kid and I’m low key scared of her now.”

Fans were “horrified” by the display.

Sunny clapped back, writing: “I think any kid who isn’t raised around it would be horrified. Shoot, when adults see what happens to animals for them to eat them everyday, they’re horrified too.

“The circle of life can be sad. What’s great about hunting though is these animals live a great life up until this point and then they are thanked and truly appreciated.”

She went on: “Unlike animals raised in captivity, pumped full of steroids with nowhere to roam and then slaughtered with no appreciation at all.”

Sunny is married to Levi Johnston. The pair tied the knot in 2012 after he ended his engagement to Bristol in 2010.

Sunny and Bristol have had a rocky relationship since.