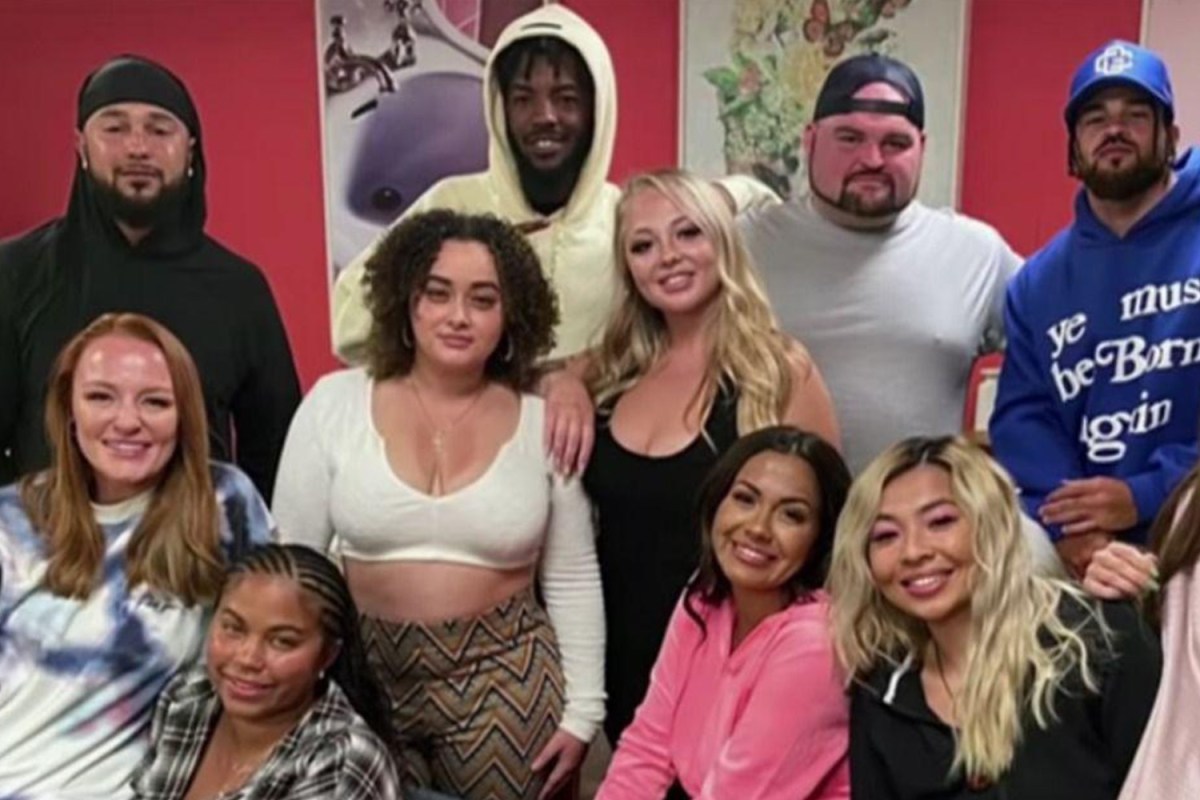 TEEN Mom fans ripped the shows stars for ‘always using so much filter’ on their photos after an UNPHOTOSHOPPED pic online shows ‘how they really look’.

The photo landed on a Teen Mom OG and Teen Mom 2 Reddit page.

While the intent of the post was to identify a girl in the photo, fans quickly noted how different the MTV stars looked in the undoctored snap.

Another wrote: “They all look so different without filters lol”

A third user chimed in: “Everyone saying ‘none of them look good’. This is what they actually look like outside of social media.”

Another commenter responded: “An unfiltered picture of them. This is how they really look.”

There were some compliments among the sea of negativity.

One fan wrote: “Leah and Jade look really cute in this picture.”

Others complimented Maci’s hair, calling it her “best length.”

While the photo shows the cast in a good moment, a trailer for the show suggests there will be plenty of drama.

In the clip, Cheyenne Floyd was seen flipping a table over.

Moments before, Farrah Abraham was shown shouting, “you guys are adults” toward her former co-stars.

The former MTV star then held up her hand as she yelled: “NO” and stomped away from the drama.

Farrah made a surprise appearance on the special following her 2017 firing for taking part in a sex tape.

She alleged after filming that she was physically “ATTACKED” by her co-stars while filming.

She encouraged them to “do better.”

Farrah teased her appearance on the show in an interview with TMZ earlier this Fall.

After the interviewer asked: “How was it seeing some of your old castmates after so long?” Farrah replied: “I think we are gonna see how that goes.

“I always wish them the best, I think there’s still a lot of progress to be made.”

The reporter then asked: “Was it uneasy? Were you uncomfortable?”

Farrah replied: “I’m going through a lot of stuff personally so I think that was more overwhelming for me than going back to a TV show.”

“did any drama happen?” the interview pressed.

Farrah said: “I think I could walk through the door and drama’s going to happen, sadly.”

It runs for eight episodes and features stars from across the franchise like Briana DeJesus, Jade Cline, and Leah Messer.

Farrah revealed that she faced several challenges returning to the show, revealing that she still has hard feelings toward the network after she was axed.

She slammed MTV for “discrimination and racism” online after a fan questioned why Briana can do OnlyFans, but Farrah can’t shoot a sex tape.