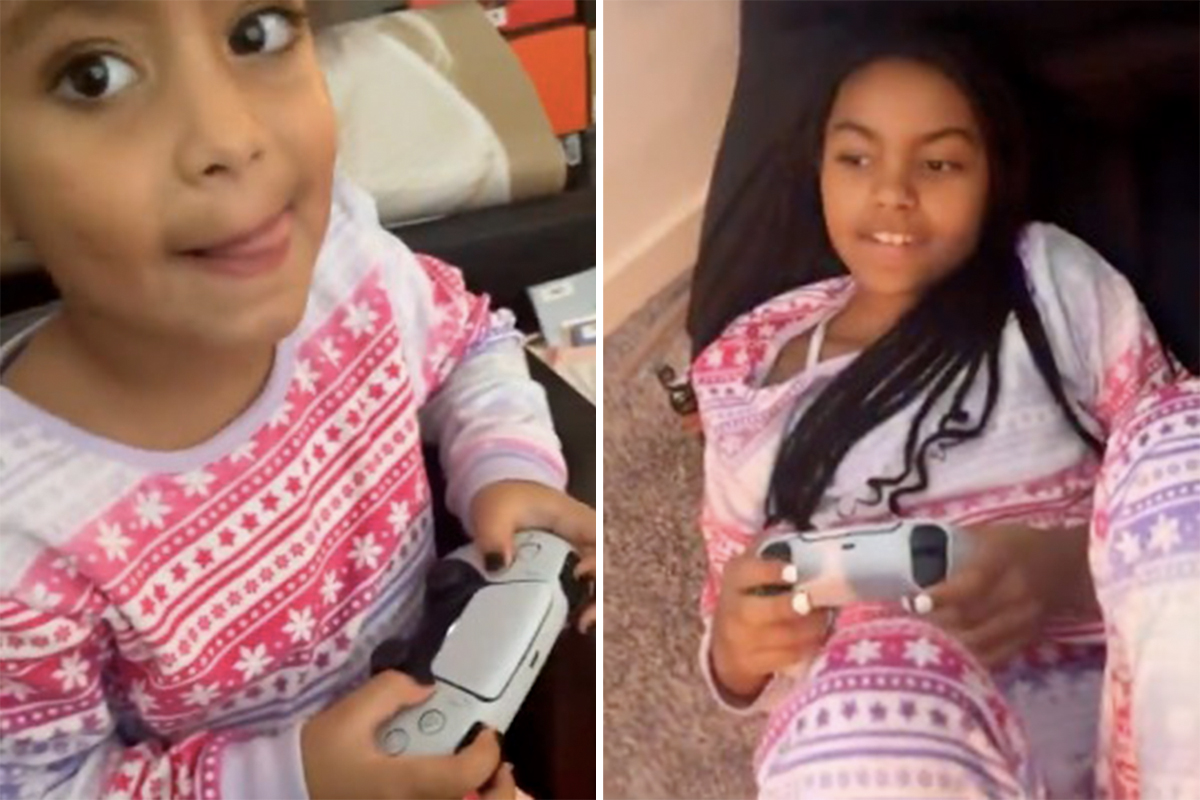 They spent the day bonding after Devoin scared fans in September as he begged for help with his “severe gambling problem.”

Nova and Stella got along and wore adorable matching pink, purple, and red snowflake pajamas.

Stella appeared to be very into the video game, as she cutely concentrated by sticking her tongue out.

On the next slide, he mentioned Stella commented about the action of the game: “Stella said, ‘I’m not changing myself.'”

Devoin appears to be spending more time with his family after he concerned fans back in September of this past year concerning a “severe gambling problem.“

Back in September, Devoin posted on his Instagram reaching out to fans for help.

“I got a severe gambling problem an dneed serious help. Any reccomendations?” he asked his following alongside a red SOS emoji.

“But I’m noticing I spend vacations in the casino and that really bothers me. I just can’t get right,” he concluded the honest admission.

Fans of the MTV show were left worried by Devoin’s post and took to Instagram to think of ways to help the Teen Mom 2 star.

One fan offered up advice: “I’m sure he can find a place in Florida they have tonnes of recovery programmes, I looked 2 up already.”

“Well done on him reaching out and being open and honest about his struggles,” another wrote. “I hope he comes out better on the other end.”

It comes shortly after Devoin opened up about needing “a financial advisor” as he revealed he spent $700 on Yeezy trainers.

Devoin made the comments after Briana claimed he doesn’t pay enough child support for his young daughter Nova.

The MTV star has been open about her concerns in the past, with the exes got into a yelling match over the matter in recent MTV scenes.

Briana thanked Devoin for treating her daughter Stella, four, as his own, before their reunion took a turn when they began to fight over money.

When Briana criticized Devoin for not financially supporting Nova, he insisted he’s been helping out since getting a new job.

However, Briana argued: “But now that you’re able to do it, you should do it because the last time you helped financially, as far as a bill, was a while ago- was a few months ago.”

He told her to “have a number set” to pay her, though she responded: “Every time we speak out our financial situation, you get offensive.”

Devoin then called out Briana for her own expensive spending habits and she told him to “shut the f**k up” as they yelled over each other.

He complained she was able to talk more than him, while Briana responded: “Every time we talk about money, he gets so flustered about it.”

The Teen Mom 2 star then defended herself for buying expensive shoes, shouting: “Listen, I’ve been taking care of Nova before MTV.

“The thing is, I can buy these shoes cause guess what? My f**king kids bills and f**king paid in advance ahead of time. I’m never late on my bills.

“You can buy a $500 pair of f**king jeans but you can’t do anything else for Nova except buy her a f**king pair of sneakers. You don’t do what you need to do as a father. You do the bare minimum.”

Briana continued to rip her baby daddy as she shouted: “You’re not a real man!”

Briana has more drama in store in the Teen Mom: Family Reunion series set to air in January.

She was rushed to the hospital in an ambulance while filming the eight-episode series.

A clip from the preview shows the Teen Mom 2 star lying on the pavement, yelling “I can’t breathe!” before EMT’s are seen putting her into an ambulence on a stretcher.

The cliffhanger was one of many the trailer left viewers, including a nasty altercation between co-stars Jade Cline and Ashley Jones, prompting MTV bodyguards to intervene.

In the clip, Jade and Ashley were at a close range as Jade yelled: “Don’t f***ing attack me online!,” while the other girls tried to separate the stars.

MTV’s security team then stepped in as things appeared to escalate, keeping Ashley and Jade apart from each other.

Two bodyguards were then seen holding Jade back as she continued to scream at her co-star saying: “Get my f***ing hands on you!”

Another guard was drawing Ashley away as she yelled back: “You don’t want that smoke!”

This was not the only time a physical fight broke out during filming as an earlier preview showed an explosive brawl between Cheyenne Floyd and franchise alum Farrah Abraham.

Farrah, 30, was seen yelling “you guys are adults” towards her old castmates in the teaser, igniting tensions with several of the girls during the spinoff series.

Then, Cheyenne, 29, flipped a white table covered in red solo cups towards Farrah as she screamed back: “Let’s talk then b***h! Let’s do it.”

The ex MTV star held up her hand in defiance saying: “NO” as the mother of two stomped away from the explosive scene.

Farrah made a surprise appearance on the new network special after she was axed in October of 2017 for taking part in a sex tape.

Earlier this month, the TV personality claimed she was physically “ATTACKED” by her co-stars while filming the show, as she encouraged them all to “do better.”

The controversial star spoke to TMZ about her big return to MTV on the Teen Mom Spin-off that was filmed earlier this Fall.

After the interviewer asked: “How was it seeing some of your old castmates after so long?” the reality star replied: “I think we are gonna see how that goes.

“I always wish them the best, I think there’s still a lot of progress to be made.”

The reporter continued: “Was it uneasy. Were you uncomfortable?”

Farrah responded: “I’m going through a lot of stuff personally so I think that was more overwhelming for me than going back to a TV show.”