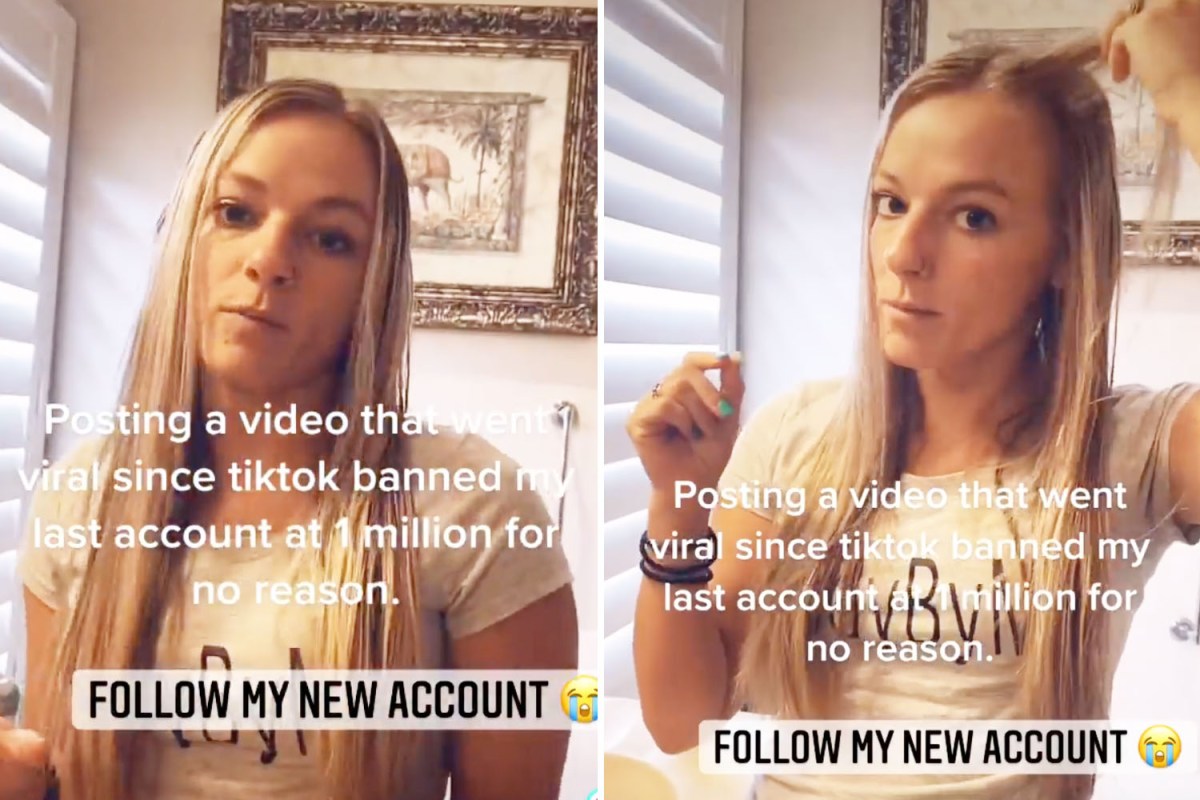 TEEN Mom OG star Mackenzie McKee claimed she was “BANNED” from TikTok for “no reason” in a new video.

The 27-year-old explained that she had to make a new account after hers was deleted.

In a TikTok video posted to a new account, Mackenzie re-shared an old video in which she instructed viewers on how to braid their hair.

Text on screen explained: “Reposting the viral self braid since TikTok banned my last account at 1 million for no reason.”

As the video continued, the Teen Mom OG star walked her fans through which products to use and how to braid their hair into different sections to create an elaborate hairdo.

She added that the braids will leave the viewers’ hair with curls that they will “love.”

MTV fans rushed to the comments section to note how excited they were to try out the braids on themselves.

Mackenzie shared the video after she was slammed for singing about her husband’s “d**k” in front of their children.

In a now-deleted TikTok video, the TV personality filmed herself in the car as she sang an explicit version of Mariah Carey’s All I Want for Christmas.

Fans were quick to criticize the mother of three for filming the video in front of oldest son Gannon, 10.

The MTV star deleted the video amid the backlash, but not before it could be reposted on Reddit.

The negativity continued on Reddit, where Teen Mom fans wrote: “How gross to do that in front of children.”

Another commented: “I believe in showing affection to my husband in front of my kids, hugs, quick kisses etc but THIS? IS GROSS”

A third Reddit user complained: “Why would she do this trend in front of her kids? Cringe.

“And no I’m not shaming her for making TikToks just watch what you say in front of kids.”

Several commenters ripped Mackenzie for posting this after having close calls of their own with their kids.

One wrote: “I think this just happened to about half the sub. I have a kid in the same age group as Gannon and I just hit mute so fast when this took a turn. She’s such trash for doing this with her kid in the car.”

The backlash for Mackenzie comes after she said she wasn’t invited to film on the major spinoff show, Teen Mom Family Reunion.

She revealed she felt “left out” and that it has been taking a toll on her “mental health.”

Mackenzie shared with her fans on Instagram: “To anyone who was ever the only one left out… my love to you.

“It’s definitely not easy on your mental health.

“Please choose to always remember exactly how it makes you feel and never take part in doing it to anyone else. Be bigger and better than that.”

After seeing the trailer for the show, as well as some cast photos, fans were surprised to see Mackenzie wasn’t there.

In the comments section of one of the reality star’s latest posts, a follower asked: “You didn’t go to the Teen Mom family reunion?”

Mackenzie simply replied: “I was not invited.”

Another fan sympathized with her. commenting: “Makes me sad you were left out again! Happiness looks great on you.”

The Teen Mom told the user: “It’s all good. I can choose to remember how this made me feel and never take part in leaving one out.”

The fan agreed, assuring Mackenzie: “It’s a teaching lesson for you but something you can pass down to your kiddos as well.

“This is just making you even stronger.”