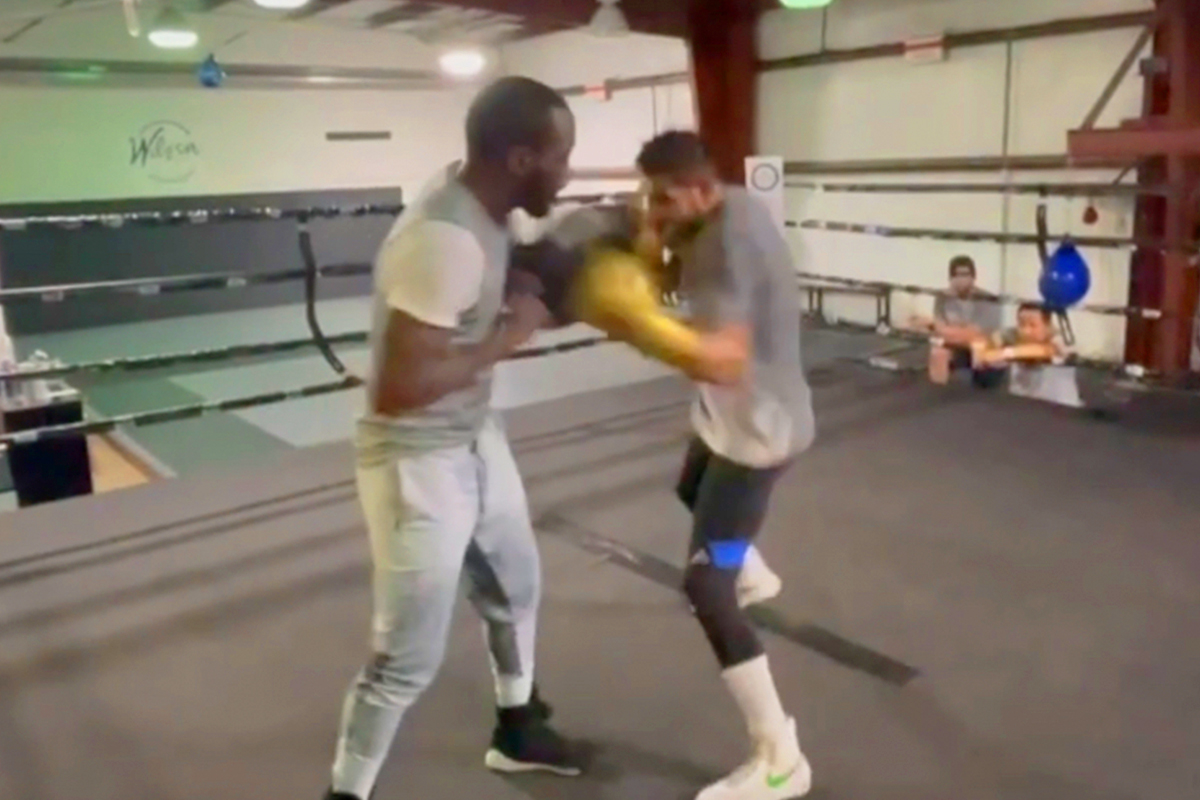 Amir Khan is training alongside Terence Crawford to help prepare for his upcoming grudge match with Kell Brook.

The Brit has enlisted trainer Brian ‘Bomac’ McIntyre for the domestic catchweight showdown, which is set for February 19, live on talkSPORT.

Khan’s last defeat came at the hands of Crawford back in 2019.

Brook suffered the same fate, also being stopped by the American a year later.

As such, Khan has seemingly decided – ‘If you can’t beat them, join them.’

He is now training with Bomac and has Crawford guiding him through sessions.

“By watching them you visualise how good they are and pick things up from them,” Khan said.

“I will spar with him as well because he likes to spar once a week regardless when he isn’t in camp.

“He is one of the fighters who told me to stay busy and in the gym.”

Bomac told Sky: “After seeing what Crawford did to Kell, I believe that Amir can do the same thing.

“The thing is you want to teach them all the way round, make sure he has it in the bank, just in case he’s got to go and cash that check.

“So if Kell Brook does try to stay on top of him, and does have the fight on his side, he’s already ready for it, because he’s trained for it during camp.

“And I won’t have to say anything new to him in the corner, because we’ve already worked on it.”