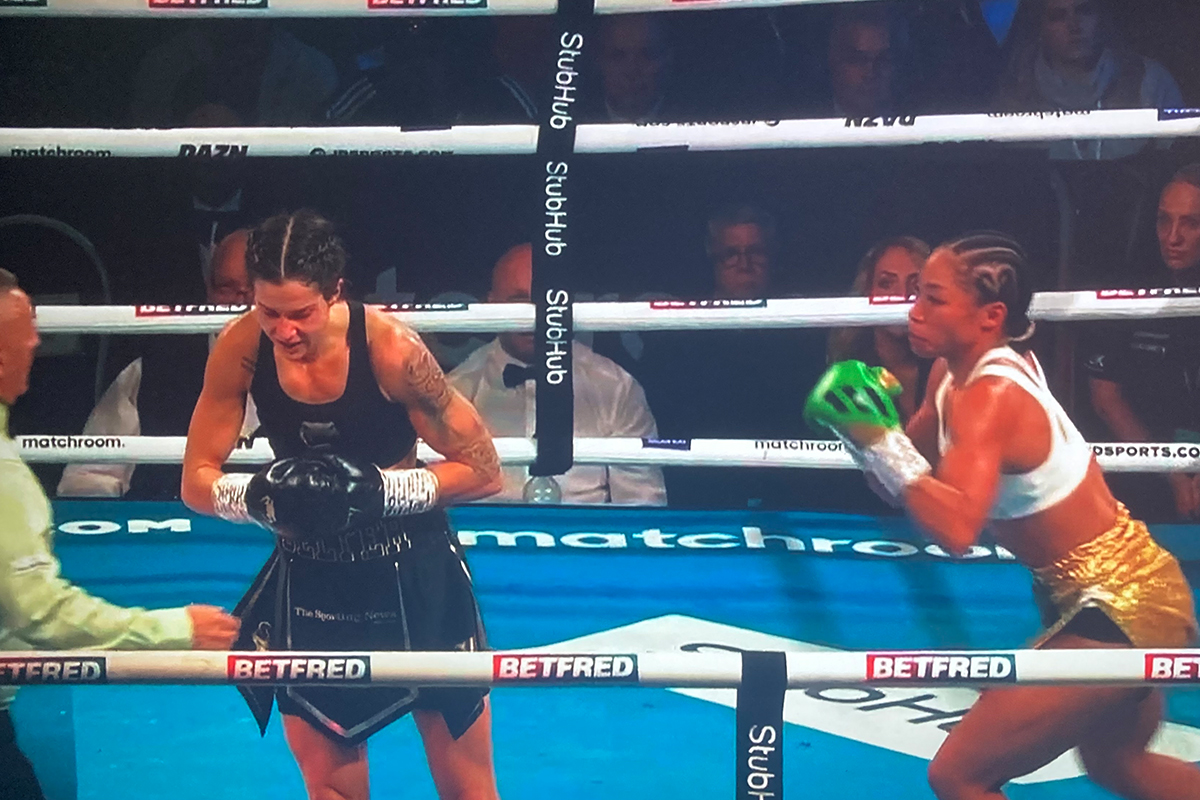 Terri Harper suffered a scary knockout by Alycia Baumgardner during her fight on Saturday night in Sheffield.

The underdog American arrived in the UK and took the champion’s WBC super-featherweight title in dramatic fashion.

The fight began at a fast pace with Harper struggling to keep up early on.

She was hurt in round two, but survived as Baumgardner took her time and didn’t rush in to recklessly pursue a finish.

The challenger did not have to wait long for the right moment.

In round four, Baumgardner caught Harper with a right hand coming in which left her completely out on her feet.

However, at this point referee Mark Lyson heroically stepped in, noticing the danger and stopping the fight immediately.

Tony Bellew praised the referee immediately after the finish.

Bellew said: “The most important thing I’d like to recognise is the great job Mark Lyson done there.

“Because Terri Harper is asleep on her feet.

“And the second punch that Mark Lyson stops [from] landing clean, that could’ve really done damage to Terri Harper there.

“Mark Lyson deserves all the credit in the world. It was a brilliant, brilliant call.”