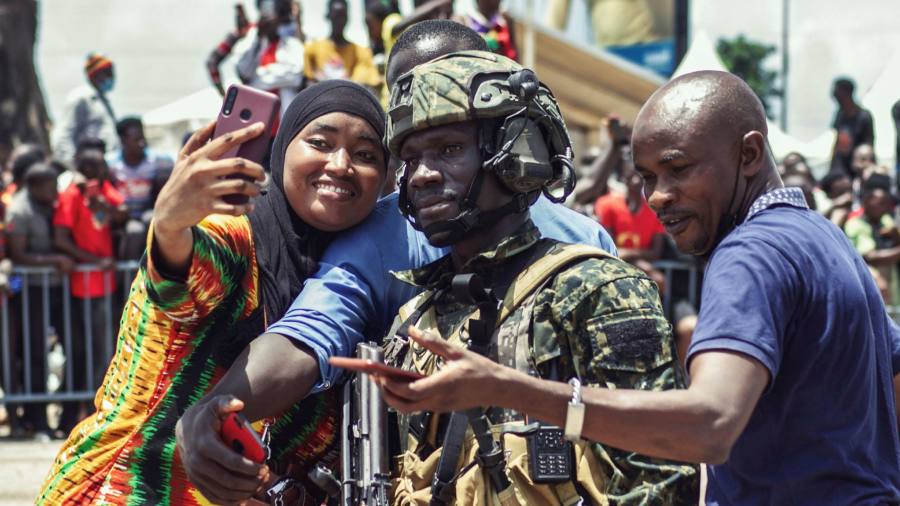 Guinea’s first elected president came to power more than a decade ago promising to stand up to global mining giants and improve the lives of the poor in the resource-rich west African country.

But this week, people celebrated on the street as the one-time political exile and democratic activist Alpha Condé was ousted in a military coup. Their charge: Guinea had become a mining powerhouse on his watch but their lives had barely changed. To cap it all, he had tried to extend his rule for a third term.

“I didn’t know him very well, but I knew [him as a] political leader who seemed like a man who in his heart wanted to turn Guinea into a real democracy,” said Cellou Dalein Diallo, the opposition leader who lost to Condé in three elections, which were rife with irregularities. “So I was very disappointed when I saw how he acted because it was the opposite of what I expected.

“Alpha Condé himself created the crisis that swept him away,” Diallo added. “[He] would not have met such a tragic end” if he had not changed the constitution last year in order to run for a third term.

The push by Condé, 83, to cling to power prompted widespread protests. International powers, including the African Union and the UN, condemned the coup. But the strongest reaction came from the commodities market, where the price of aluminium rose to its highest level in a decade out of fear supply would be disrupted.

Condé in 2010 inherited a dysfunctional state, ruled for decades by Lansana Conté, its mineral wealth exploited in a haphazard fashion and the source of political and legal strife. Over the next decade, he oversaw Guinea’s transition into a major producer, producing a fifth of the world’s bauxite and attracting billions of dollars in investment from China and Russia.

“For [the] global aluminium industry, interruptions of bauxite supply from Guinea could have a devastating impact,” said a mining executive. The disruption could be particularly fraught for Russia and China, which rely heavily on Guinean bauxite.

The explosive growth of the country’s bauxite industry can be traced back to Indonesia’s decision to ban exports of unprocessed minerals in 2014. That forced China’s vast aluminium industry to scour the globe for other sources of supply, eventually settling on Guinea.

Analysts estimate that about half of China’s bauxite comes from Guinea. Bauxite production soared from 16.3m tonnes in 2015 to 82m tonnes in 2019, according to US geological survey data.

Guinea’s importance to China, its biggest trading partner, was underscored when Beijing, which has a long-held policy of not commenting on the domestic affairs of other countries, issued a rare public rebuke of the coup. And Oleg Deripaska, the founder of Rusal, in a Telegram post warned that “this situation may seriously shake up the aluminium market”.

The junta, led by Colonel Mamady Doumbouya, a former French legionnaire, understood the precarity of the situation. One of his first steps after taking power — along with plans for a unity transitional government — was to urge mining companies to continue to operate. He said on Monday that ports would remain open for export “to ensure continuity of production”.

“When the coup happened there was uncertainty,” said Fadi Wazni, an executive with the China-backed SMB Winning consortium that owns Guinea’s biggest bauxite producer and half of the massive Simandou iron ore deposit. “But the first steps [by the military leaders] are providing more comfort.”

While bauxite is the heart of Guinea’s mining industry today, the future lies in developing the country’s vast reserves of the steelmaking commodity iron ore, including the 2bn-tonne deposit Simandou, the world’s biggest untapped source. Nothing illustrates the fraught nature of the country’s resources than the battle for control of Simandou.

In 2008, Conté stripped Anglo-Australian miner Rio Tinto of its rights to the northern half of Simandou, handing it to Israeli tycoon Beny Steinmetz’s family’s company, BSG Resources.

That sparked a bitter legal dispute that was not resolved until 2019 when Condé took back the rights and awarded them to SMB Winning, which has started work at the site. Steinmetz was sentenced to five years in jail for bribing Conté’s wife in a landmark Swiss corruption trial earlier this year. Steinmetz has said he will appeal against the judgment.

“The politicisation of the mining exploitation in Guinea is simply overwhelming and no government from Lansana Conté to [Moussa] Dadis Camara to Alpha Condé, has been able to bring the kind of systematic solution to it, yet that way lies the economic stability of the country,” said David Zounmenou, senior research consultant at the Institute for Security Studies.

Condé himself has been embroiled in corruption scandals linked to mining. In 2016, the London-based campaigning group Global Witness alleged in a report that the 2010 campaign in which he had pledged to reform the mining sector, was in part bankrolled by corrupt payments. Condé denied allegations in the report that he or his family had ever accepted a bribe.

Diallo, a leading contender to replace Condé if the junta keeps its promise to transition back to democracy, said he would ask for an audit of all mining contracts because “the impact of mining exploitation is not visible anywhere in Guinea . . . it has [only] enriched the ruling elite”. But he said he would not “come systematically with the idea of cancelling the contract, especially if a company is paying taxes [and] creating jobs”. He added: “We need a judicious mining policy, capable of increasing the added value that the country gets from its natural resources.”

In Diallo’s words, there are echoes of what Condé once said when he came to power. In the immediate aftermath of the coup, he was pictured lounging on a couch, in jeans and a loosely buttoned shirt, surrounded by armed men in fatigues. For now the one time democratic champion remains in the hands of his captors.