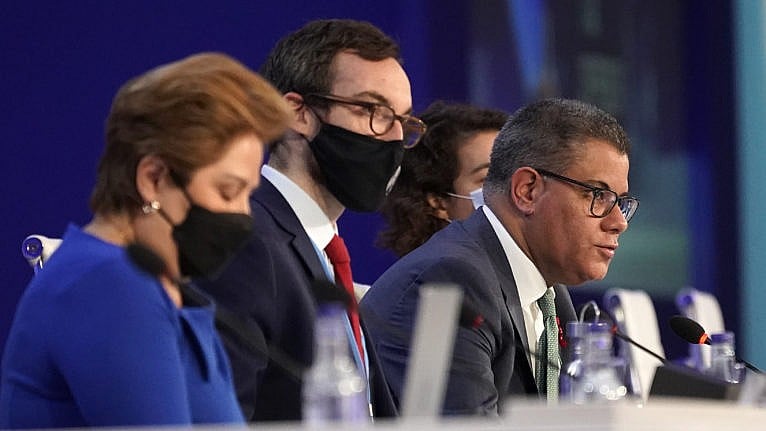 Politics Insider for Nov. 12, 2021: Fears from Glasgow; Remembrance Day precautions; and a big find in Newfoundland

Good morning! Today is the final day of the COP26 summit in Glasgow. Parties have until the end of the day to finalize a draft agreement that—spoiler alert—experts are already saying won’t be enough. An early version of the document came out Wednesday, to much criticism. Thursday’s major outcome was an agreement on zero emission vehicles.

Awkward: Thursday’s national Remembrance Day ceremony didn’t quite go according to plan. While officials would normally arrive at the cenotaph within a comfortable window of 11 a.m. so as to observe a moment of silence, the prime minister walked up at 10:57 and the Governor General was … well … late. Cue the condemnations of callous disregard and blatant disrespect to Canada’s war dead.

Turned out there was an official explanation for the VIP delays. Per an RCMP statement provided to Hill journos: “A suspicious package was reported in the vicinity a few minutes prior to the ceremony. As a precautionary measure, our officers investigated it and the package was cleared a few minutes after.”

Lest we forget: Nov. 11 always brings opportunities to remember Canadian veterans and interrogate how our country has treated them over the decades. At CBC, Murray Brewster had a compelling look at “one-man army” Sgt. Samuel Moses “Moe” Hurwitz, a little-remembered but highly-decorated Jewish-Canadian WWII vet. And in the Toronto Star, former Ottawa Citizen stalwart Tom Spears had an interesting investigation into his own grandfather, Private Jack Spears, and his deteriorating health after the First World War—with insight from historians and physicians as to what’s changed since then.

Like thousands of returning Canadian vets, he came home damaged yet was expected to adapt to civilian life and get a job at a time of high unemployment and labour unrest, without much official help. Certainly without a disability pension. Veterans got a suit of clothes and were turned loose. He got $64.40 in discharge pay.

In case you missed it: Since we were last in your inbox, parliamentary circles have been abuzz over Ashley Burke’s latest scoop. Former staff complained to the CBC that House of Commons Clerk Charles Robert acts “in a partisan fashion that favours the Liberals,” that he sleeps in the chamber during QP and presides over a “disrespectful workplace.” … Annamie Paul is officially (and finally) on her way out of the Green Party … Murray Sinclair will facilitate talks on government compensation for Indigenous children … and Maxime Bernier has lost a defamation suit against Warren Kinsella.

A penny saved: The BBC saw fit to give prominent real estate (at least on its website) to a story straight from the government of Newfoundland, which announced this week that archaeologists found an old English coin at Cupids Cove. “Known as a Henry VII half groat or two-penny piece, it is believed to have been minted more than 520 years ago,” per BBC’s report. If only anything still cost a tuppence a bag.