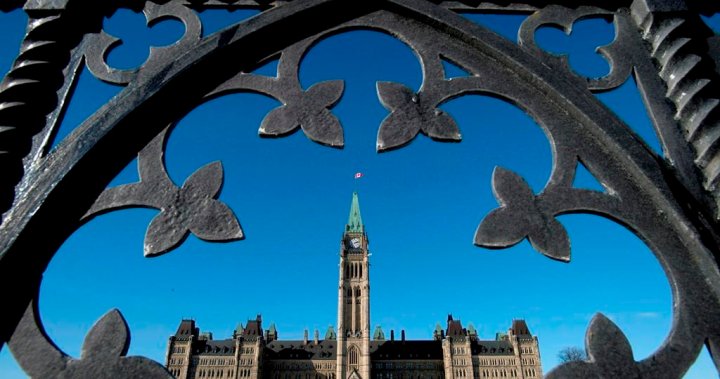 Members of Parliament unanimously agreed to rise one day ahead of schedule on Thursday in a move that will see the House of Commons on recess until Jan. 31.

The House of Commons had been set to sit until Friday before rising for the winter break, which would see MPs head back to their ridings after a whirlwind four weeks of legislative gatherings.

Liberal House Leader Mark Holland had laid out four key priorities for the government to pass before Christmas: COVID-19 support measures, a paid sick leave plan, a hospital protest ban, and a ban on conversion therapy.

The conversion therapy ban became law on Dec. 8 after a rare unanimous motion of support from all parties to speed up its passage.

Bill C-3, the hospital protest ban, passed the House of Commons Thursday evening. MPs agreed to adopt a motion during debate on that bill that saw them agree to rise one day earlier than scheduled.

That bill also included the Liberal promise to mandate 10 days of paid sick leave for federally regulated workers.  It will now head to the Senate, which is scheduled to hold its last sitting day on Friday before also taking an extended break.

The Liberal bill making promised changes to some of the government’s COVID-19 support programs also passed Thursday evening in a vote of 190-142.

Bill C-2 would also later be approved by the Senate after Finance Minister Chrystia Freeland had promised to let the benefits quickly get to businesses and workers in need.

The decision comes amid a week that has seen cases of the newly identified Omicron variant of COVID-19 explode across the world, with Quebec Premier Francois Legault announcing Thursday evening that his province recorded 3,700 new cases in one day.

Quebec Premier starts presser saying he has no good news… says the province is at 37-hundred cases so far today, and counting. If I’m not mistaken, that’s about a thousand more than our previous record.

The World Health Organization warned this week the variant is spreading at a rate not seen before.

Prime Minister Justin Trudeau called it “scary,” noting officials are “very concerned” about the effects of a potential surge in cases, even among the vaccinated.

Holland had said on Tuesday the Liberals will “greatly reduce” the number of their MPs in the chamber and would be moving their caucus meetings to virtual sessions for the time being because of rising cases.