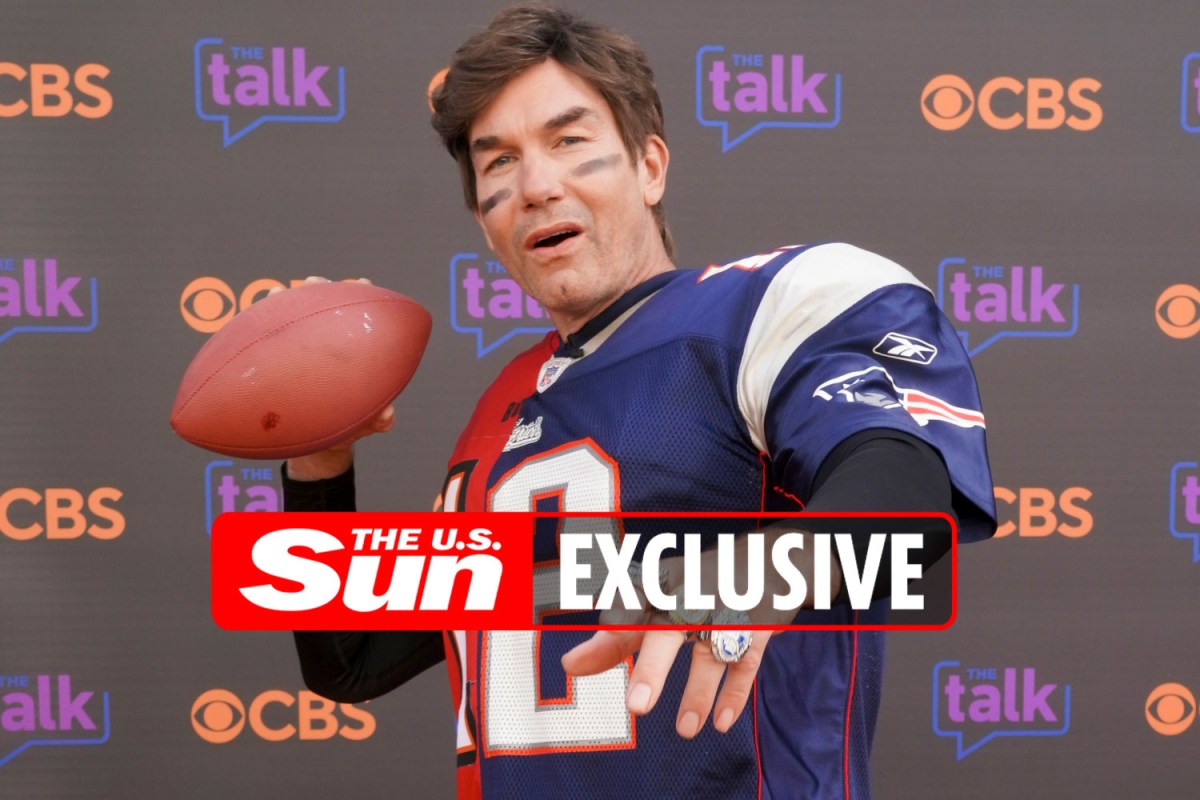 THE TALK’s Jerry O’Connell dressed as Tom Brady for the show’s Halloween episode and made fun of the football quarterback’s scandals with a “cheat sheet.”

In an exclusive video obtained by The Sun, Jerry channeled Florida Buccaneers quarterback Tom, 44, and even poked fun at his previous cheating scandals in the Halloween episode airing today.

He then said, “this is my cheat sheet right there” with the years of the Super Bowl rings listed.

Jerry could be poking fun at Tom’s share of cheating scandals through his career.

Deflategate in 2014 was the intentional deflation of footballs used by the athlete.

In 2007, the Spygate incident occurred were the Patriots were disciplined for having a camera filming an opponent’s defensive signals during a game.

Also on the episode, Tom will channel his inner Harry Styles, as he joked of the look: “I loved dressing up as one of my daughters’ favorite rock stars. I loved my Harry Styles ‘fit’, although the purple boa gave me a rash.”

In another exclusive video, Akbar, 42, was seen dressed as NBA legend Shaquille O’Neal.

Sheryl, 58, will dress as singer Lizzo.

Sheryl showed off her legs in a racy white dress to perfect the look of the Good As Hell singer.

The outfit is Lizzo’s Truth Hurts bridal attire from her 2019 BET Awards performance.

Sheryl said of the costume: “I respect everything Lizzo is and it was an honor to dress as her. She’s so iconic and I just really, really like her.”

Sheryl will later dress as MVP NFL quarterback Lamar from the Baltimore Ravens.

As The Sun previously reported, Sheryl posed with her hands around the collar of her jersey, sporting her hair in braids, just like Lamar, and fake facial hair around her mouth in the costume.

Fans couldn’t help but be impressed by her creative costume.

One fan wrote: “Sheryl dressed up as our Raven LAMAR JACKSON for Halloween. Thank you for representing Baltimore.”

Another wrote: “Thank you Sheryl for representing the best team in football…. THE BALTIMORE RAVENS!!!”

A third commenter added: “I can’t wait, this ought to be funny. You all do such a great job! I hate if I miss your show anytime. I love your discussions of sorts, it just makes my afternoon. Keep up the good job.”

The fun episode comes after The Sun exclusively reported The Talk ratings have soared since Natalie joined the show.

The cast shakeup comes after he departures of Sharon Osbourne, Carrie Ann Inaba and Elaine Welteroth this year.

The Talk airs at 2pm ET on CBS.