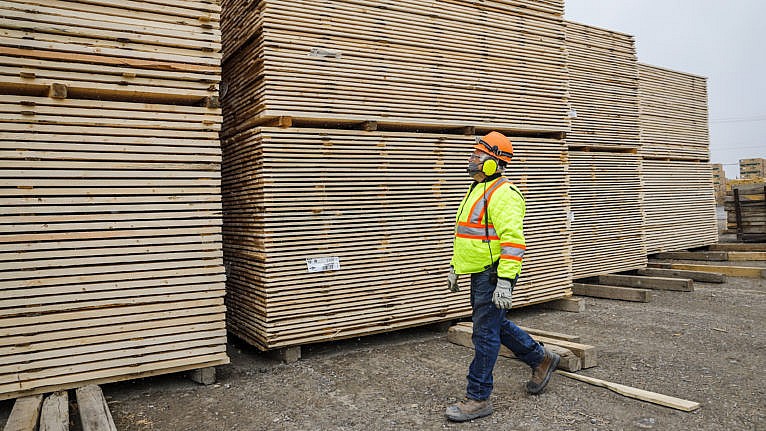 No bueno: Good morning. The U.S. is doubling its tariff on Canadian softwood lumber, despite efforts at the recent Three Amigos summit to lobby against the proposed change. Though figuring this out is a “top priority” for Liberals, per trade minister Mary Ng at yesterday’s Question Period, the government is taking heat.

Can I get a Q? Can I get a P? We’re two very noisy QPs into the pre-holiday sitting (during yesterday’s, Speaker Rota had to chide MPs after hearing something “not very parliamentary”). Aside from the softwood lumber issue, Conservatives have clearly identified cost-of-living woes as their main line of attack. Aaron Wherry, at CBC, has a column that tries to poke holes in their argument that inflation is Justin Trudeau’s fault. And in case you missed it, our Jason Markusoff has a detailed explainer on what exactly is going on—and why the problem will get worse in 2022.

Global economic trends have a way of mocking predictions. But on inflation, we’re down to choosing between illness and cure, and nothing in the past points to a pleasing outcome. We either pay more in the future to borrow money and service our public debt, or we pay more to do just about anything else. Something’s going to give in 2022, and perhaps for years to come.

Missed opportunities: A scathing new report from the Commissioner of the Environment and Sustainable Development, Jerry DeMarco, gives Canada poor grades on its climate change mitigation efforts. Read it here. Per DeMarco, in a statement to media:

Canada was once a leader in the fight against climate change. However, after a series of missed opportunities, it has become the worst performer of all G7 nations since the landmark Paris Agreement on climate change was adopted in 2015. We can’t continue to go from failure to failure; we need action and results, not just more targets and plans.

Worth it? Erin O’Toole’s team spent more than $1 million in party funds to set up the hotel-based broadcast studio from which he did much electioneering, per reporting from Alex Boutilier over at Global News. The kicker, of course: this year’s pandemic-era campaign tour cost a couple of million less than in 2019. Pretty modest next to the $600 million election figure the party is still bandying about in new ads that promise O’Toole is now ready to win against PMJT (despite, of course, his very recent loss).

That’s Gen., not Jane: General Wayne Eyre is taking over as Chief of the Defence Staff after nine months of doing the gig in an interim capacity—despite his predecessor trying to hang on to the role. Sez new minister Anita Anand in a tweet: “General Eyre and I will continue to work together to build a military where all members feel safe, protected, and respected, wherever they are, whatever they are doing.” Internal culture change was the lead theme of her recent speech at the Halifax International Security Forum, where Canada was asked to up its military game farther afield—something being actively considered, reports the Globe and Mail, as Russian military buildup continues at the Ukrainian border.

In other job news: Congratulations to Dr. Amita Kuttner, who is the new interim leader of a beleaguered federal Green Party looking to start fresh after the departure of Annamie Paul. Kuttner, 30, is the first nonbinary person, and the first person of east-Asian descent, to lead a national party, per the Greens. They are also an astrophysicist with an expertise in black holes. Maybe that, uh, puts them in a good position to stop the party from slipping into one?

Oh hey! It’s Friday! Press play on a new mainstay in the podcast fray (or is it more of a melee?). “Eh sayers” debuted yesterday. We pray they slay. Okay. Okaaaay. That’s enough rhyming for now. (And for actual poetry, see Maclean’s for takes on the year ahead from poet laureates across the country.) The pod is from Statistics Canada and promises “the stories behind the numbers.” Episode one digs into disability statistics and discusses activity limitations and COVID-19. Happy listening!