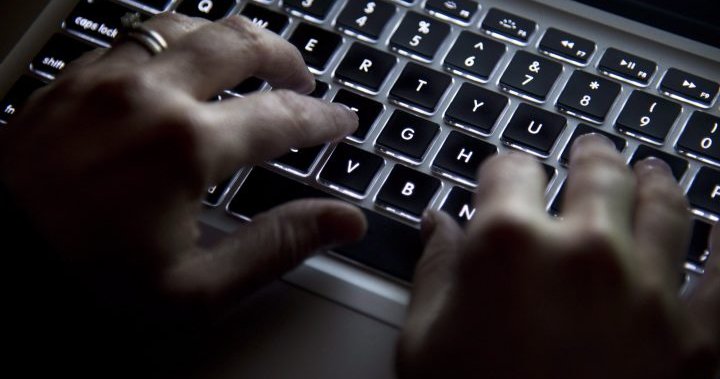 Hate speech, disinformation and online extremism can’t be allowed to prevent people from enjoying the freedom that cyberspace offers, Prime Minister Justin Trudeau said Thursday at an international discussion on the internet.

“There is no doubt: the digital space has incredible power for good. But from disinformation on vaccines to online extremism, we’ve also seen the threat it can pose to our democratic values, systems and our citizens,” Trudeau said via video link from Ottawa to the Paris Peace Forum.

“We can’t allow the benefits of the digital space to come at the expense of people’s rights or safety.”

The forum bills itself as an effort to revitalize global institutions, and is focusing this year on the vast inequalities exposed by the pandemic.

Harris said the U.S. is committed to working with its allies to eliminate online terrorist content.

“For the United States, our approach to the digital domain is rooted in our democratic principles,” she said. “We will continue to advocate for an open, secure and interoperable internet and work to ensure that technology helps, not harms, the people of our world.”

Trudeau was addressing a panel on the challenges of the digital domain after co-founding a new international program last year with called the Global Partnership on Artificial Intelligence.

He noted that Canada served as the chair of the partnership last year and “focused on bringing together the international community to ensure AI respects rights and freedoms and doesn’t harm democratic societies.”

European Commission President Ursula von der Leyen addressed the gathering from Washington where she has been holding meetings with U.S. President Joe Biden.

She said the EU and U.S. have deepened their co-operation on how to make AI more “trustworthy” for its users.

“AI is without any doubt already changing our lives for the better. It can help for example, detect cyberattack… it can support doctors in more precise cancer diagnosis,” said von der Leyen.

“Yet, for people to trust AI, we must also manage the risks.”

Before the speeches, Macron welcomed a roomful of masked and physically spaced international politicians and business leaders to a high-ceilinged Parisian conference centre. That included Champagne, one of two Canadian federal ministers travelling in Europe this week, with whom the French president exchanged an extended handshake.

Earlier this week, Champagne told The Canadian Press he is planning to table a new digital charter after the return of parliament to address the issues surrounding AI and the internet-based economy.

2:15
Fact or Fiction: Will foreign disinformation wreak havoc on this federal election?

Fact or Fiction: Will foreign disinformation wreak havoc on this federal election? – Sep 10, 2021

Champagne said earlier this week the technology needs to be mindful of protecting privacy and that the government needs to create an overarching framework that reflects Canadian values.

Von der Leyen told the gathering that the EU was joining France in its pursuit of building trust and security in cyberspace.

“Throughout the pandemic, indeed, the internet has been a lifeline for millions of companies, and the only connection to our loved ones for so many of us,” she said.

“Yet cyberspace has also become a more dangerous place, with rising threats against our critical infrastructure, our democratic processes, and even our personal health and safety, including our children’s.”

Read more:
Talk to your doctor: The fight against misinformation as COVID-19 vaccine for kids nears

Trudeau’s live video address to the conference also highlighted another challenge that those working through internet have had to rise above during the pandemic — a failing connection that cuts you off from the people you are trying to connect with.

About three minutes into his presentation from Ottawa, Trudeau’s screen froze, and then cut out.

The live, onstage moderator back in Paris immediately pivoted back to the attendees.

“He seems to have disappeared. Anyway, thank you very much,” he said, calling on the French crowd to give the Canadian prime minister a round of applause — which they did.

“It just goes to show that he really is live, and we’re not so showing you pre-recorded videos.”