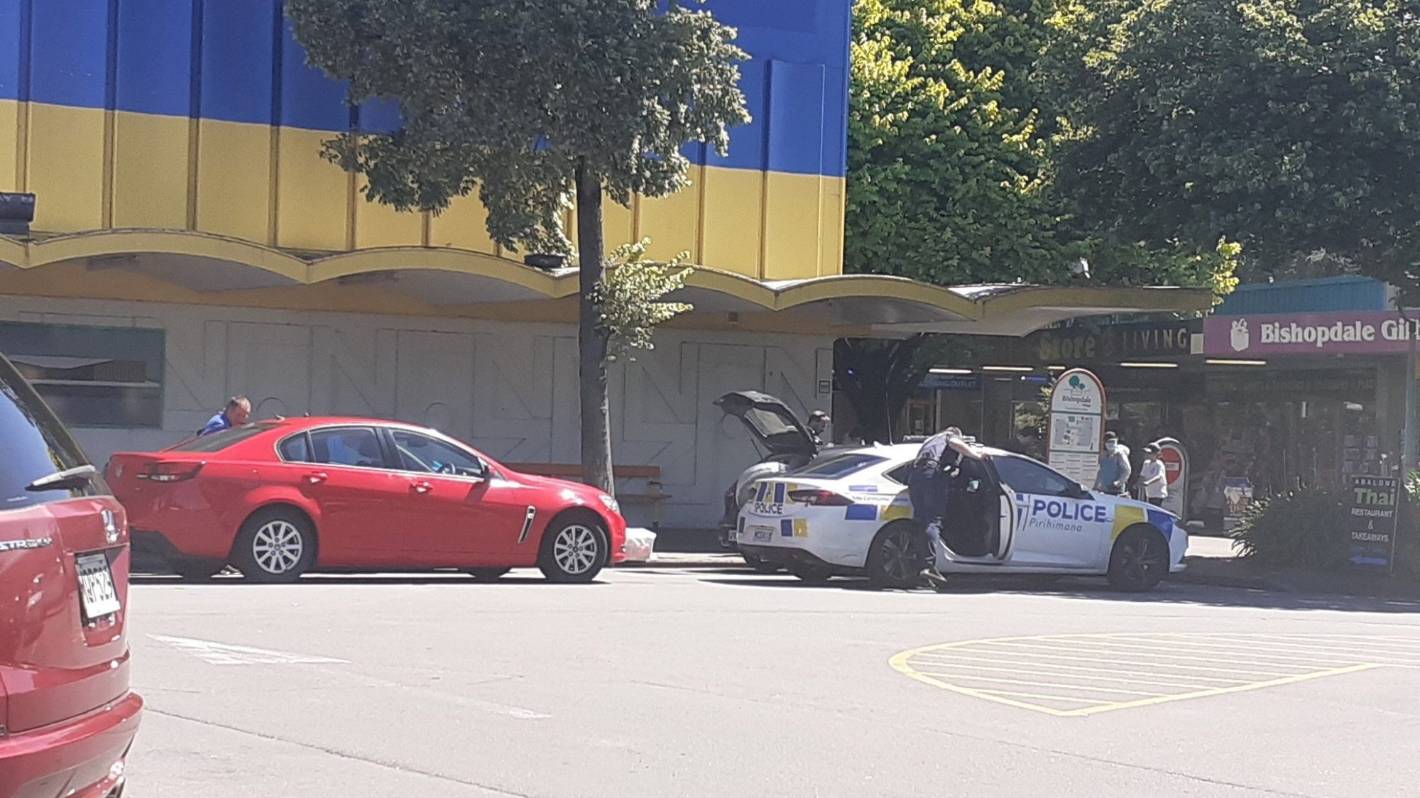 Police at the sting operation to recover the stolen casino equipment at Bishopdale Mall car park in Christchurch on Saturday afternoon.

Christmas has come early for Debbie Williams​ after she helped organise a sting operation to recover thousands of dollars worth of casino equipment stolen from her business.

A classic 1950s Las Vegas casino roulette wheel, estimated to be worth about $10,000, hundreds of casino chips, blackjack shoes (for dispensing cards) and other casino paraphernalia were being stored in an enclosed fibreglass trailer that was locked and down a driveway at an employee’s property in Sockburn, Christchurch.

Some time during the night of December 8, thieves wheeled the trailer down the drive before breaking into it and taking the equipment.

READ MORE:
* Theft a further blow for casino entertainment business during ‘Covid nightmare’
* Police hunt for Canterbury man classed as a ‘danger to the public’
* Unlucky conman caught while trying to swindle money from new victim while cop sat nearby

Just days later, Williams was looking to purchase a replacement wheel online when she stumbled across a Trade Me page that was selling the wheel and the other stolen goods.

She went into shock at the discovery.

“Up popped my roulette wheel, I was like ‘what the hell’ and then I got the shakes.”

Williams took the information to police but was initially told they would not be able to look into it because of the resources being put into the Covid-19 response, she said.

“It’s not the police’s fault, it’s just the circumstances we’re in at the moment, but it was quite shocking initially.”

She hired a private investigator and a plan was hatched to foil the thieves. This involved constantly checking her company was the highest bidder and once it had won the auction, arranging a time to make the exchange with police at the ready to make an arrest.

Williams said it was “a hell of a week” as she nervously watched the auction, hoping no-one else would purchase the stolen goods or tip the thieves off.

“There were so many things that could’ve gone wrong here.”

Once the auction ended on Saturday morning and the company had won, all that tension lifted.

Police met the seller at the Bishopdale Mall car park that afternoon. Most of the equipment was recovered, along with about 150 fake gold credit cards, a blackjack shoe and five sets of playing cards.

The main concern was recovering the classic roulette wheel, which had the most sentimental value to Williams and her family.

“Feelings, well I have gone through them all over the last seven days, with relief being the biggest one, followed by elation and awe that we actually managed to make it happen,” she said.

“t felt like something out of a movie – very surreal.”

Detective Sergeant Don Fisher, the head of Christchurch police’s targeting unit, was involved in the sting and said police arrested and charged a 38-year-old man with burglary and a 41-year-old woman with receiving stolen goods.

The pair, both from Christchurch, were set to appear in the Christchurch District Court on Christmas Eve.

Fisher said there appeared to be an increase in burglaries across Christchurch at the moment, and it was a warning for people to be aware of the risks of purchasing goods online that were being sold much lower than the usual market price.

“If they do buy them they’re leaving themselves liable to prosecution … and having the items seized by police.”

Fisher warned that anyone who spots stolen equipment should first contact police and never set up an exchange to recover them at a property or any other isolated spot.

Williams said she was thrilled the sting ran “like clockwork” and she planned to celebrate with a bottle of bubbles.

Security had been bolstered at the property where the equipment was being stored, and it was likely the roulette wheel would be moved up to Auckland, she said.