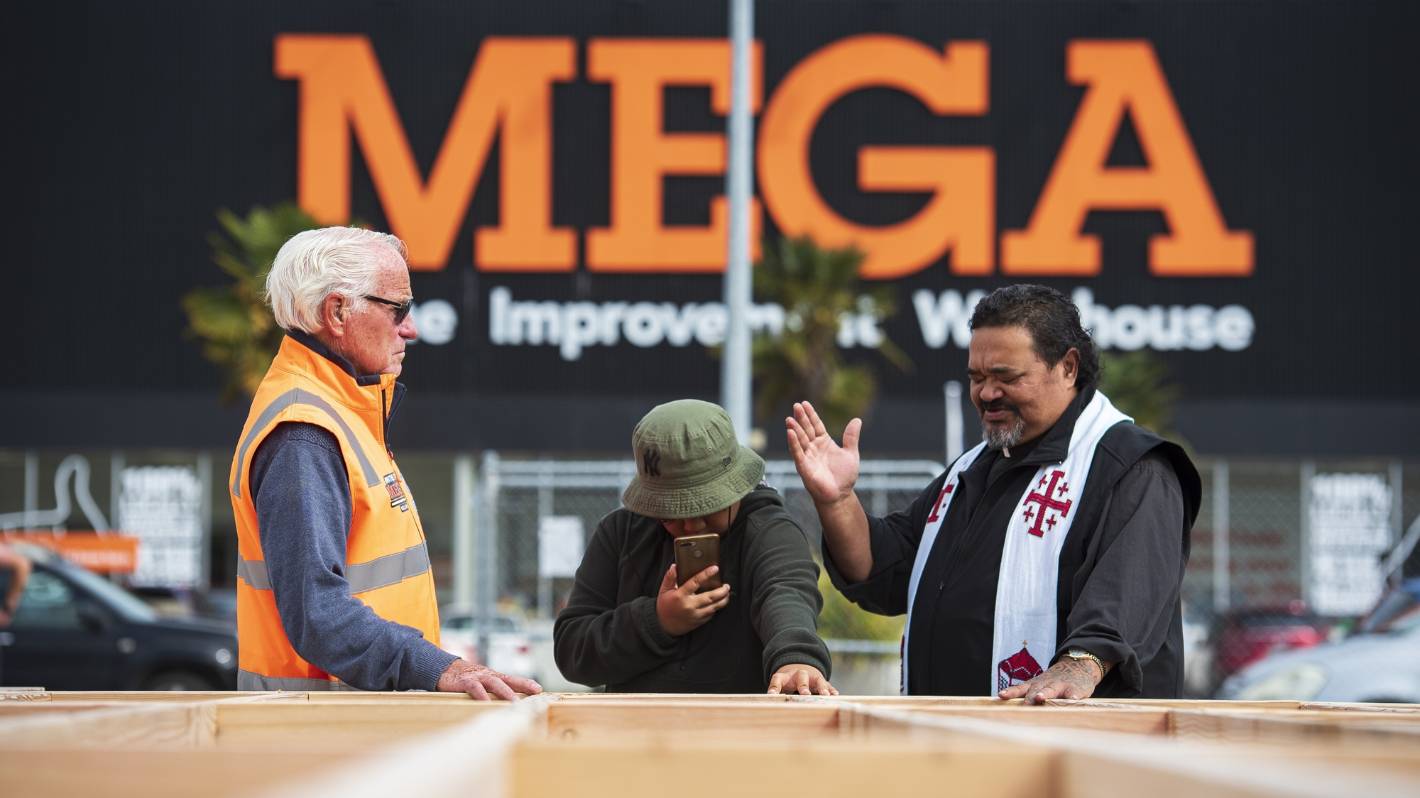 Reverend Tremain Mikaere, who arrived by helicopter, blessed the construction.

It could break fundraising records, but a shortage of supplies and labour mean Nelson’s latest helicopter house is shaping up to be the toughest build yet.

For the third time, Mitre 10 Mega Nelson is partnering with local organisations to raise funds for the Nelson Marlborough Rescue Helicopter Trust (NMRHT) by building a house to be auctioned off for charity.

On Saturday morning, Reverend Tremain ​Mikaere​ touched down in the rescue helicopter to bless the build, as well as the chopper, as it gears up for a busy summer season.

Mitre 10 Mega marketing manager Murray Leaning hoped to hit as much as $300,000 this time round.

However, Covid-related factors meant this build would be challenging, he said.

“Supply chain and labour shortages have made this year harder than the previous two,” Leaning said.

“Some [suppliers] have been extraordinarily generous. [However], when there’s a building material shortage, suppliers are less likely to give [materials] to us free.”

This has meant casting a wider net for favours – and some “begging and pleading”, Leaning said.

The team had learned from experience: building on what worked, while avoiding previous pitfalls.

“The first [house] was beautiful, but too long for the house transporter,” Leaning said. “We had to cut it in half and put it back together. I’m not ever doing that again because that was really freaky.”

The team was on the lookout for gib stoppers, painters and anyone with skills to pitch in, he said.

Leaning hoped people would remember the value of the rescue helicopter in the community.

With other income streams like fundraising events and charitable trust donations drying up, the service was behind on its fundraising, he said.

To support the chopper, you can make a Paywave donation at Mitre10. There’s also a coin-operated helicopter ride for children, with all proceeds going to the charity.